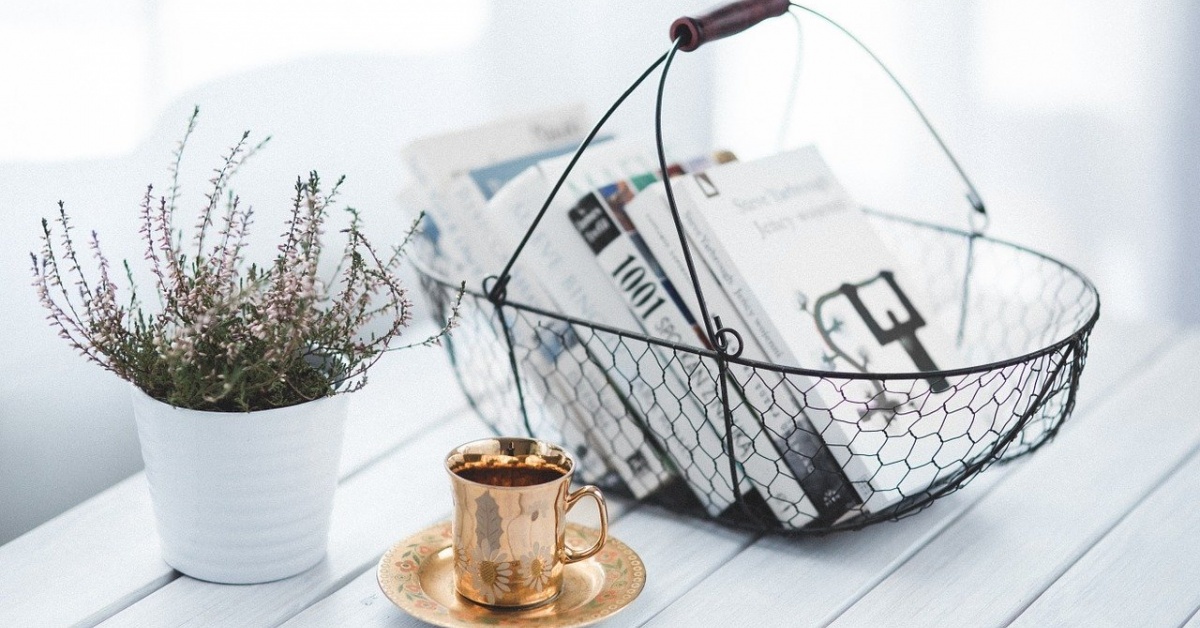 Memoir is one of my favorite genres to read. I'm fascinated with immersing myself into the real-world lives of others, especially when it involves learning about other countries and cultures. And who doesn't appreciate witnessing individuals overcome enormous obstacles, whether it be personal, circumstantial, or both (Educated comes to mind here) to ultimately persevere and thrive? I especially love reading memoirs injected with plenty of satire and wit. (Augusten Burroughs and David Sedaris are a few of my favorite memoirists in this category.)

Fortunately, San José Public Library offers an overabundance in selection when it comes to memoirs. One of my favorite things to do is peruse the physical shelf of SJPL's Lucky Day Book items or scan current titles available on their virtual shelf, CloudLibrary. I admit that one of my guilty pleasures before going to bed each evening is checking this app to discover new and exciting reads. Pro tip: if you are wishing to check out a very popular item with long hold times you may want to try either of these collections since you never know what you may find!

This past year offered a slew of outstanding titles, and I picked a few of my favorite memoir reads from 2019 to share with you. You may wish to add some of these popular titles to your reading list. 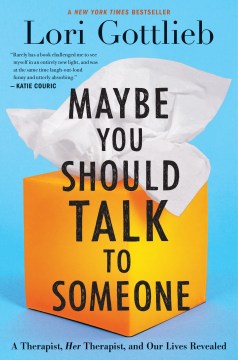 Maybe You Should Talk to Someone Lori Gottlieb

Ever wonder what goes on inside a therapist's head? Lori Gottlieb, an established therapist, not only reveals insights into what goes on "behind the scenes" in a therapist's office, she turns the tables and analyzes her own time spent on a therapist's couch when she enlists another therapist to help her process and heal after a painful romantic breakup. The author flits back and forth between her patients' emotional recoveries and her own, and she also shares the early forces that led to her eventual decision of a career in psychology.

Why I liked it: This memoir spoke to me because of Gottlieb's honest reflections in dealing with her patients, some whom she freely admits grate on her nerves at times, and she allows us witness her own arduous journey into therapy as she painstakenly unpacks her own emotional baggage. Throughout the process we learn that none of us are immune to blind-spots, even therapists themselves. 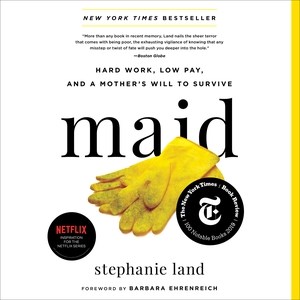 Stephanie Land speaks candidly about her life and struggles as a young single working-class mother in this moving memoir. At the age of twenty-eight, Land, who once dreamed of going away to college and becoming a writer, suddenly finds herself pregnant by her abusive boyfriend. Her dreams are put on the backburner, and she takes a job working as a maid for the upper classes in order to keep a roof over her and her daughter's head. Land encounters many obstacles that typically plague the lower class, working long grueling hours with zero job stability, unreliable transportation, finding suitable child care and adequate housing, all under the constant threat of having what little government benefits she has taken away, should she earn too much money.

Why I liked it: I won't lie. This was a sobering and oftentimes depressing read. However, Land's honest portrayal of a woman scraping by to provide for herself and her daughter, demonstrates the importance of the ever-widening gap between the rich and the poor and the stigma associated with those who receive government assistance. The author doesn’t shy away from revealing her own imperfections, like unintentionally putting her daughter’s life at risk when she stops on the highway to retrieve a toy. Despite such bleakness, you find yourself hoping for some light at the end of a very long and dark tunnel.

Imagine, lured by the hype of the current genealogy craze, you submit one of those DNA tests to discover your roots. And imagine if the test results reveal that you do not share the same DNA as one of your parents. Such circumstance befalls Dani Shapiro, whose own DNA test results show that her father is in fact, not her biological father. With both of her parents deceased, Shapiro is forced to piece together this genealogical mystery. Along the way, she examines her past troubled relationship with her mother and sister, and she shares more positive remembrances of her father, whom she was very close to.

Why I liked it: Shapiro's personal memoir reads like a compelling mystery, as she struggles to unravel family secrets to uncover the truth behind the baffling test results. It makes you appreciate the fact that although advances in technology and science are astounding, the human fallout can be devastating, and witnessing Shapiro's genealogical quest forces one to appreciate the complexity and nuances that ultimately shape who we are. 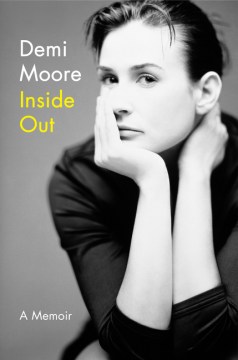 Inside Out Demi Moore

Demi Moore, a powerful blockbuster star in the late eighties to nineties, unveils all in this raw memoir. She chronicles her rocky childhood, growing up with a neglectful mother, to her subsequent rise to fame as one of the highest paid female stars of the nineties. Moore dishes plenty about her previous love interests/marriages, including her early romance with Emillo Estevez and her subsequent marriages to Bruce Willis and later Ashton Kutcher. She also details her struggles with body image issues, childhood trauma, and her battles with alcohol and drug addiction.

What I liked about it: Moore's memoir was a cathartic read from start to finish and I breezed through it quickly. Moore lets us witness her highs and rock bottom lows. Her voice comes across as authentic and reflective. She is forthright about her flaws, her addictions, her responsibility in fractured relationships. It was refreshing to get an insider's peek of Moore and her life, other than what has been presented to us in the media. 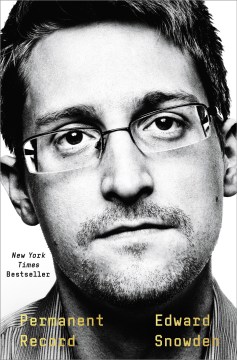 You've likely heard of Edward Snowden, the young man who at the age of twenty-nine blew the whistle on the National Security Agency (NSA), when he claimed that the United States was secretly collecting mass surveillance on individuals worldwide. Snowden not only details his own trajectory within the Central Intelligence Agency (CIA) working as employee and contractor leading up to that fateful day when he speaks out against the government, he chronicles his childhood growing up in the suburbs of the DC area and his immersion in the early internet days of chat rooms and multiple screen identities. We witness Snowden's growing discomfort over the government's role in violating constitutional protections, which builds in intensity until he decides to take action, even though it comes at an enormous cost.

Is Snowden a hero or a traitor? Read the book and decide for yourself.

Why I liked it: I enjoyed learning about Snowden's experiences growing up in the digital age (which he tends to paint in rose-colored glasses). Although some of his story, especially the technical and historical context, wallows in mind-numbing detail, it gives us an appreciation of Snowden's thoughtful and conscientious mindset of the importance in individual freedoms versus government tyranny. I wouldn't be surprised if Snowden is eventually considered one of the top whistle blowers of all time.

Do you have a favorite memoir that you'd recommend? If so, please share in the comments below!

Your Comment
Good choices! I also recommend “Born A Crime”.