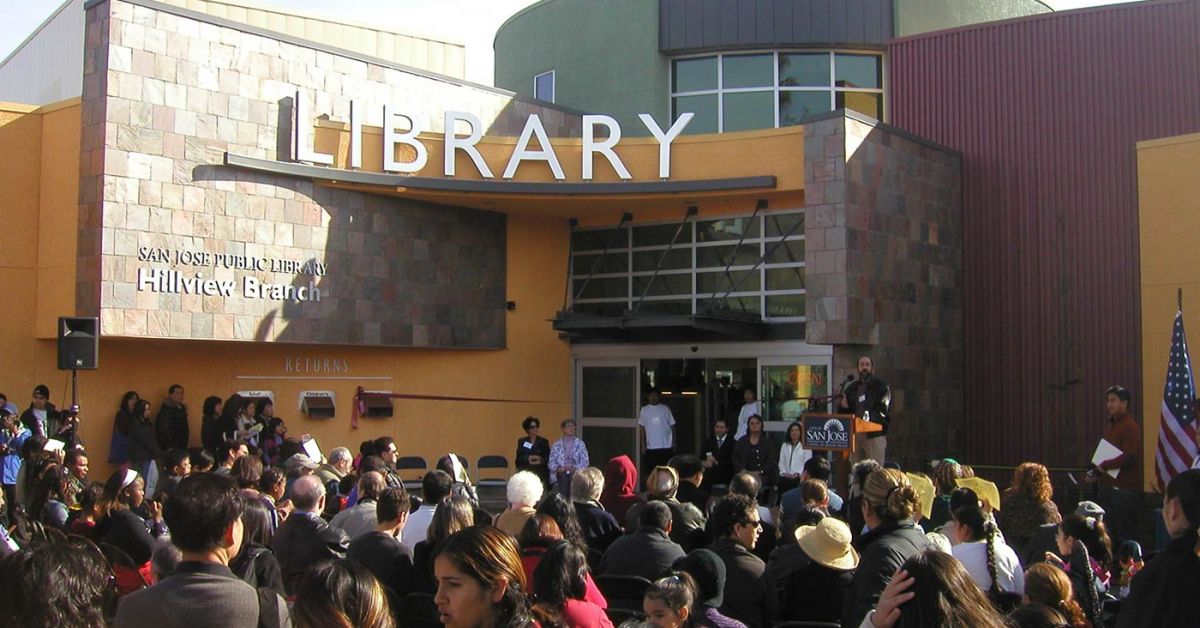 San José Public Library (SJPL), located in Silicon Valley, is the largest public library system between San Francisco and Los Angeles. Serving a culturally diverse population of over 1 million in the country's 10th largest city, SJPL is one of the busiest library systems nationwide with an annual checkout rate of nearly 14 million items. Award-winning staff strive to ensure library services reflect the city’s rich diversity and that every library customer’s experience is exceptional. SJPL is recognized for its innovation and leadership. It was named the 2004 Thomson Gale/Library Journal Library of the Year and received the 2011 National Medal for Museum and Library Service, the nation’s highest honor for a library. 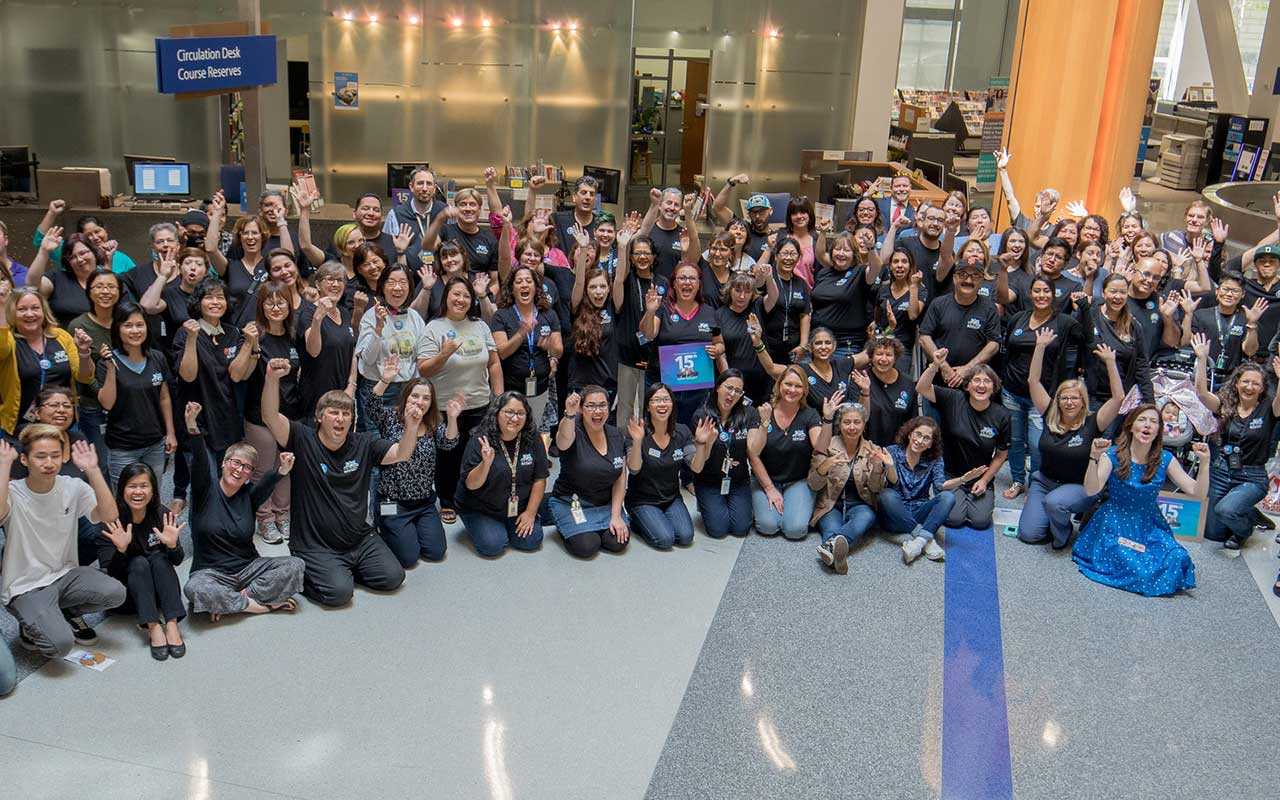 Caption
SJPL and SJSU employees celebrate the 15th anniversary of the King Library.

The Dr. Martin Luther King, Jr. Library and the San José Public Library system have received much recognition, including:

A "San José library" was first formed in 1872. In 1903, the library moved to a dedicated facility in the form of a Carnegie building on Fourth and San Fernando Streets – the same location as the current King Library. The first branch, East San José Carnegie was acquired in 1911. Additional branches were built through public funding or acquired through city annexation throughout the latter half of the century. See a timeline of Library history.