The Legacy of Dr. Roberto Cruz 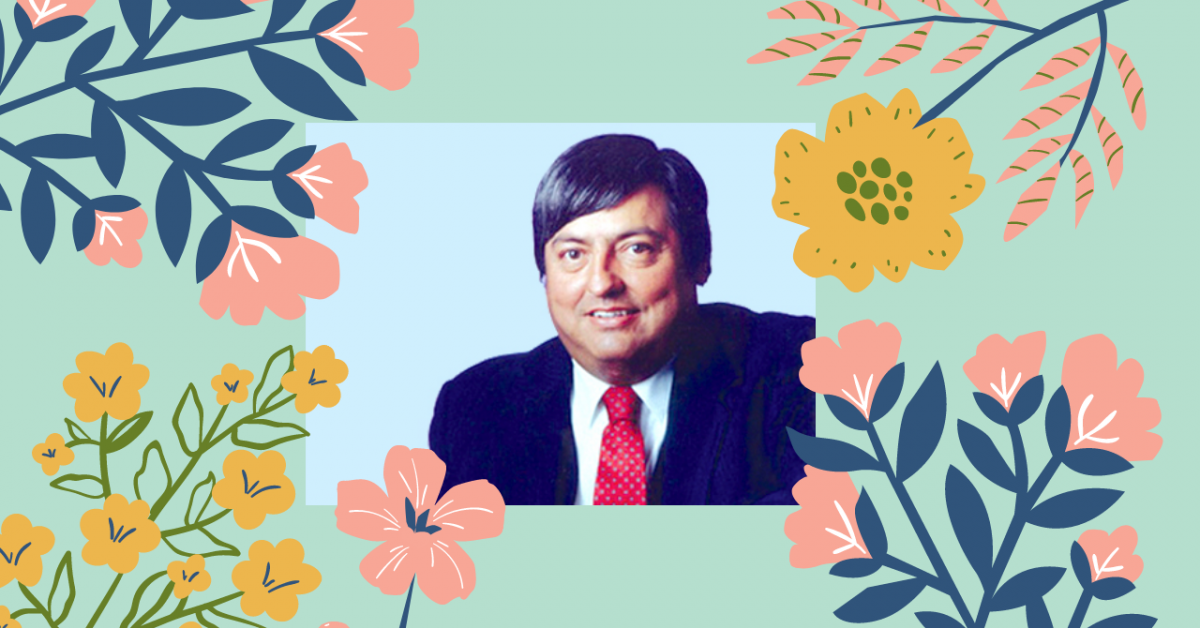 Dr. Bernardo (Bobby) Roberto Cruz is remembered as a local hero of the San Francisco Bay Area. His work to promote bilingual education is immortalized in several buildings in East San José. One such building, the Dr. Roberto Cruz - Alum Rock Branch Library of San José Public Library is just one testament to Dr. Cruz’s legacy.

The Drive to Succeed for All

Dr. B. Roberto Cruz was born in Corpus Christi, Texas, May 2, 1941. Although he was a “C” student for most of high school career, he became dedicated to academics when he learned he could go to college with a football scholarship. In 1959, Cruz left Corpus Christi for Wichita State University in Kansas. He was able to balance his academics, sports, and a summer job throughout college. Cruz was the first person in his family to attend college.

After graduation in 1964, Cruz left for Stockton, California to become a Mathematics and Spanish Teacher at a local middle school. Cruz worked hard to help his students academically, but was disheartened to see them fail in high school. Determining that it was the system that required change, Cruz decided to apply for the Master’s and Doctoral fellowship at UC Berkeley. He was accepted and later completed his degree, earning his Masters and Doctorate Degree in Education and Policy in 1970.

Dr. Roberto Cruz was married to Guadalupe Rojas, who was also from Texas and a teacher, in 1971. They had three sons together.

Building Institutions and Lobbying for Change

During the 1970’s, Dr. Cruz was incredibly busy serving as President of the California Association of Bilingual Education and the National Association of Bilingual Education, lectured at Stanford University as a member of the Education Faculty (1976-79), and regularly went to Washington D.C. to lobby for increased funding for bilingual education across the nation. He  also established Project Vida Preschool in Berkeley and El Nuevo Mundo Preschool in Richmond, to support educational and language development for minority children.

Dr. Cruz wanted to know what led minority students to success. To do this, he traveled to several historically Black colleges and universities, as well as Jewish minority institutions, home and abroad, to determine what they had in common. These schools had three things in common according to Dr. Cruz: high expectations, role models, and support systems for their students. Faculty and staff created high standards and expectations for students while they also acted as role models. Support systems took the form of learning labs and advisory services to help students navigate their education.

In 1981, ten years after the establishment of Bay Area Bilingual Education, Dr. Cruz was able to change it into the National Hispanic University (NHU). He used his observations from other minority focused schools to structure his non-profit, 4-year university. Its mission was the high quality education of Hispanics and minorities. The curriculum at NHU was based on a multi-cultural educational approach called La Familia Approach.

Another ten years later, in 1991, Dr. Cruz and the NHU Board of Trustees were convinced to move their headquarters to the south bay, to a larger, more permanent facility. Moving south brought the hope of serving a larger Latino population.

In 1994, Dr. Cruz was able to secure an abandoned elementary school as the NHU’s new location. This move led to what is called the “Golden Age” of National Hispanic University. In 1997, NHU established a partnership with San José State University and the San José/Evergreen Community College District for Cross-Enrollment and Joint Degrees, as well as with NASA/Ames Research Center to develop a Math and Science Curriculum and Programs. Between 1999 and 2000, NHU partnered with the East Side Union High School District to improve Latino high school graduation and college placement rates and started fundraising to purchase a 10.5-acre campus in East San José.

March 2000, Dr. Cruz was diagnosed with colon cancer. Instead of retiring, he continued to work, choosing to continue working on the construction and development of The National Hispanic University and Latino College Preparatory Academy building. In 2002, NHU was fully accredited by the Western Association of Schools and Colleges.

On September 4, 2002, Dr. Bernard (Bobby) Roberto Cruz lost his fight to cancer and died at home, surrounded by loved ones.

In 2003, a year after his death, both his high school alma mater and Wichita State University, posthumously inducted Dr. Cruz into their Athletic Halls of Fame, to honor his achievements on and off the field.

In the Fall of 2014, Robert Cruz Leadership Academy (RCLA) was given approval to become a charter school in the East Side Union High School District. RCLA welcomes its first class in fall of 2015 and dedicates another academic institution to the memory of Dr. Cruz.

Throughout Dr. Cruz’s 39-year career in education, he received over 200 awards, inducted into several Halls of Fame, and received recognition at all levels of government.

Dr. “Bobby” Roberto Cruz was a leader in education, a proponent of bilingual education, and believer of Latino excellence in the Bay Area and across the nation. We celebrate his memory at San José Public Library, today, May 2nd, which would have been his 80th’s Birthday.

Your Comment
I have a dream...yes "We ... the hispanic, dream"
I can proudly say l was one of the first 12 graduates from National Hispanic University, thanks to the Dr. Roberto Cruz Legacy.
With gratitude
Ofelia G

Editor’s note: Last names have been deleted to protect privacy.