Looking Back: Some Time in California with John and Yoko. 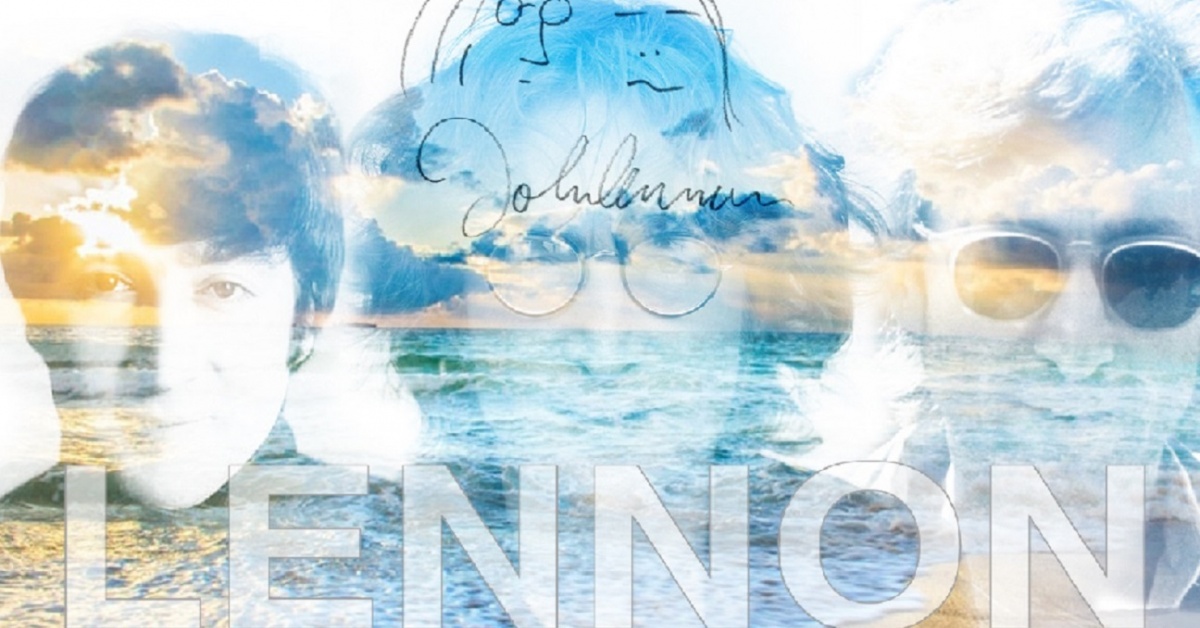 Image: Singer/songwriter, artist and author John Lennon would have turned 81 on October 9. Artwork by Paul Simon

As we pass what would have been John Lennon's 81st birthday (Oct. 9) and approach the 41st anniversary of his death (Dec. 8), I have been thinking about the traces John left in my life and many others, and about an adventure that brought him out to California and our area, looking for a daughter and a healer. What follows are some notes on those traces and that adventure.

In the Fall of 1965, I was a first-grader on a San Jose school playground when a friendly sixth-grader came up and showed me his shoes. "Do you know what these are?" he asked, "They're Beatle boots!"  In his excitement over his new shoes, he then went on to explain the whole Beatles phenomenon to this clueless little kid. My awareness of the group grew over the years as I listened to girls on the playground singing "We all live in a yellow submarine," and listening to the new Let It Be album in my sixth grade classroom.

Sounds of Laughter Shades of Life

It wasn't until after the Beatles broke up that I really became familiar with their music. The songs that really spoke to me were John's, and along with his wit and humor I felt like he was kind of an older brother. As a sophomore in high school in 1975, I met my lifelong friend Paul Simon (no, not the singer). Paul is a creative soul, who has enriched my appreciation of art, music, film, and literature over the years, and who also shares my appreciation for John. Paul recently shared these thoughts about John:

"...One of the things I have noticed about John, whether it was waiting two days before the international satellite broadcast to write the lyrics of the song All You Need is Love, or his meandering line in all his drawings...or his feeling of flow in many of his songs - is the trust that all would be okay if you let go and follow the moment...In singing from the heart the raw pain he feels, there is a trust in following his feelings, his hand, his voice, his intuition - at the moment, wherever they may lead....And that trust, that vulnerability, that genius, is inspiring."

Some Time in New York City

In August of 1971, John and Yoko moved to New York. This decision involved Yoko's desire to obtain custody of her daughter Kyoko by a previous marriage to an American, Tony Cox. Yoko was awarded custody in March 1972, however Tony Cox was unwilling to comply and went into hiding with eight-year-old Kyoko. Upon arrival in New York, the Lennons quickly became involved politically, which initiated a four year attempt by the Nixon administration to deport John. 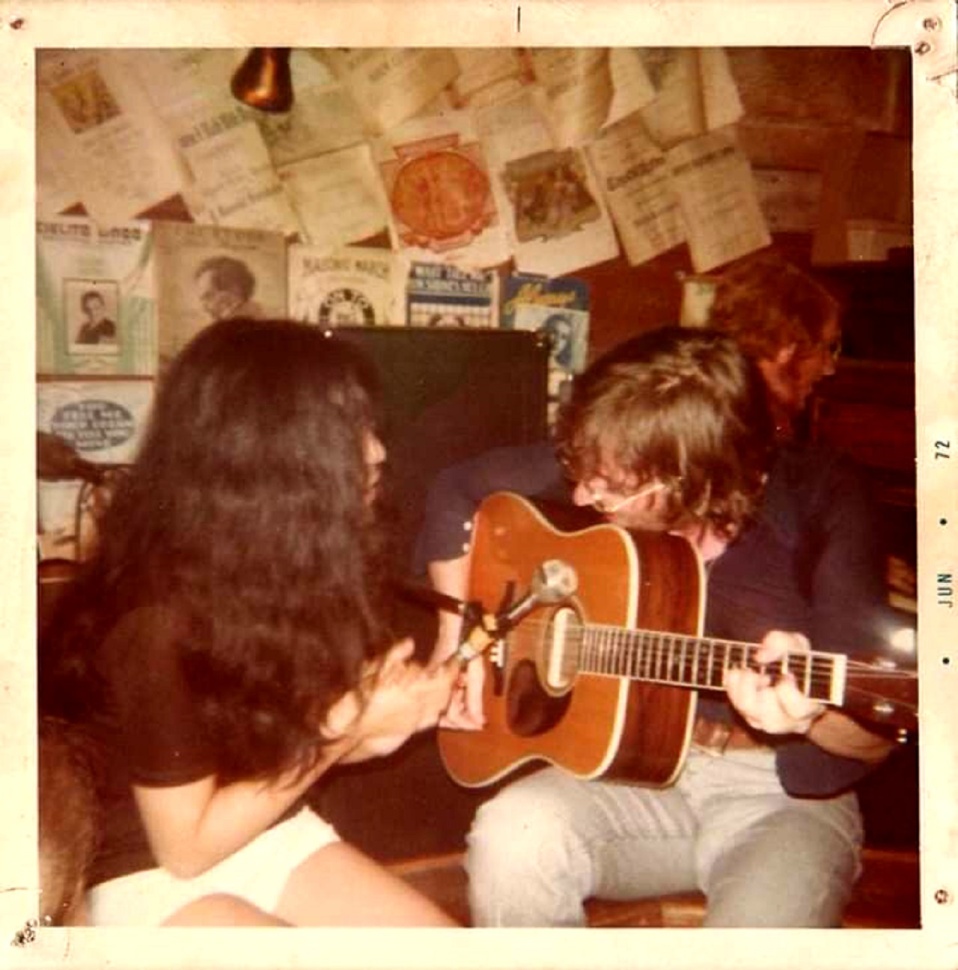 Image: Yoko and John at John's at the Beach pub in Ventura (near Ojai). From the collection of Sara Schmidt

Across the United States

In late May of 1972, John and Yoko loaded up their new Chrysler station wagon and began a cross-country road trip to California. With their driver Peter Bendry (Bendrey?) they took I-80 (the old Gold Rush route). They'd received a tip that Tony and Kyoko might be in Granada Hills in southern California, and made arrangements to rent a house in nearby Ojai for a week or so. As it turns out, Tony and Kyoko had been in southern California, but by March they were living on a farm run by the Church of the Living Word near the city of Kalona, Iowa. Located just minutes south of I-80, John and Yoko unknowingly drove right past them on their trip west. 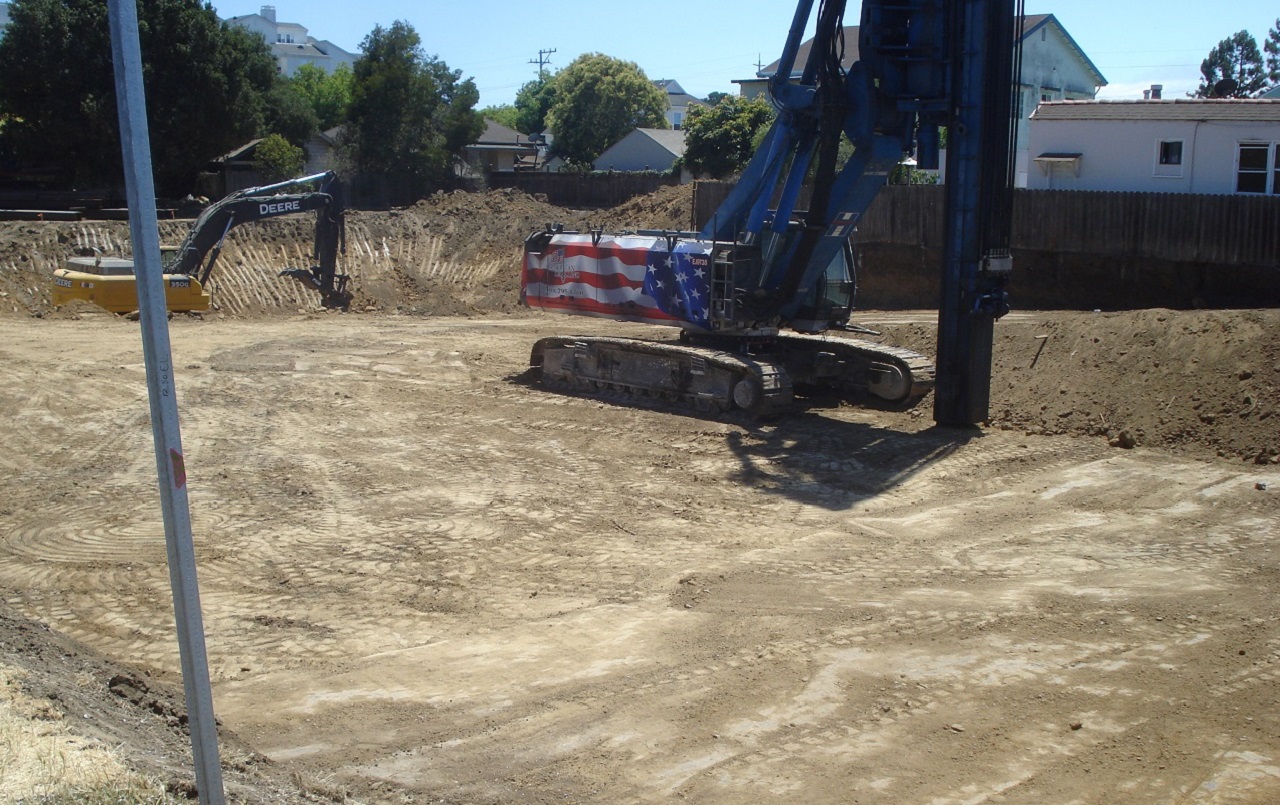 Caption
Image: This is the site of the Hong house at 728 2nd Avenue in San Mateo. The house had been remodeled into a duplex in the 1940s, though from 1957 only the Hong's were listed as residents. Photo by Ralph Pearce

Give San Francisco a Chance

While in Ojai, the Lennon's met with radio personality Elliot Mintz on June 9. Mintz had just been let go from his radio station, so John and Yoko invited him to join them while in California. A few days later on June 12, their latest album Some Time in New York City was released.  Receiving a tip that Tony and Kyoko had been seen in Sausalito, John, Yoko, Peter, and Elliot soon left Ojai for the San Francisco Bay Area, staying at the Miyako Hotel in Japantown (now the Hotel Kabuki). While there, John asked Sundance Magazine editor Craig Pyes if he knew of anyone practicing acupuncture. Pyes knew of an unlicensed practitioner in nearby San Mateo, Yuan Hong (California didn't begin licensing until 1976). Mr. Hong visited the Lennon's in San Francisco, and then arrangements were made for John and Yoko to stay with the Hong family for further treatment.

An Acupuncturist in the Works

John and Yoko appear to have stayed with the Hong family from around the weekend of June 17 through Thursday, June 22. Yuan Bain Hong was a fifty-three-year-old Chinese restaurant worker and life insurance salesman who ran an acupuncture clinic from his small house at 728 2nd Avenue in San Mateo. Yuan's wife was Betty (Wai T.), and they had two daughters Emily (12) and Barbara (10), as well as an older son George who lived in San Francisco. Barbara Hong described the family as poor, with no television or radio, and that her parent's had no idea who the Lennon's were and just treated them as normal people. The reason for John and Yoko's treatments, were to wean themselves off of a methadone addiction and to improve their ability to conceive a child. They slept on a couch in the living room during their stay, and only ventured out into the backyard in order to maintain a low profile. 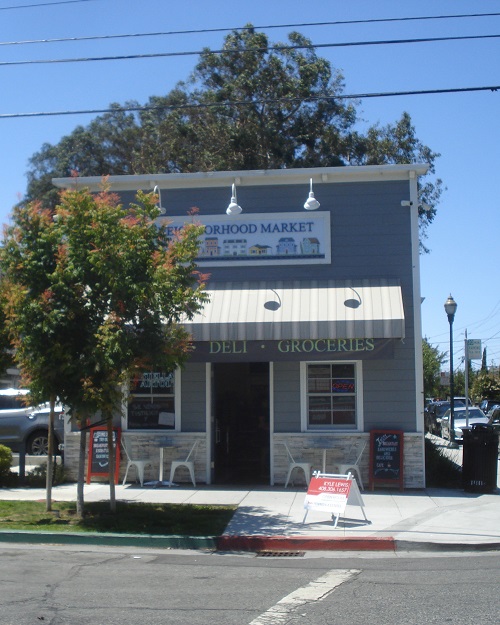 Who Has Seen the Windmill?

By Friday June 23, John and Yoko were back at the Miyako Hotel with Peter and Eliot. That evening they paid a visit with the owner of a uniquely designed home in Mill Valley (reminded John of a windmill). Arrangements were made to rent the house from June 28 through the month of July. The Lennon's reportedly spent much of that month searching Sausalito for Kyoko from the backseat of Craig Pyes' VW Beetle. They returned to San Francisco on August 1. On Saturday August 5, they toured the city with Geraldo Rivera and a cameraman creating footage for a televised interview.

John and Yoko returned to New York the following week or so to prepare for a concert to benefit the Willowbrook State School, a school for children with mental disabilities. The benefit was inspired by a story by Geraldo. John and Yoko headlined the concert with Elephant's Memory backing them. Known as the "One to One Concert," the bill included Stevie Wonder, Roberta Flack, and Sha Na Na. Rehearsals were held on August 18, 21, and 22. Two concerts took place in Madison Square Gardens on August 30 with John flying Yuan and Barbara Hong to New York to attend. 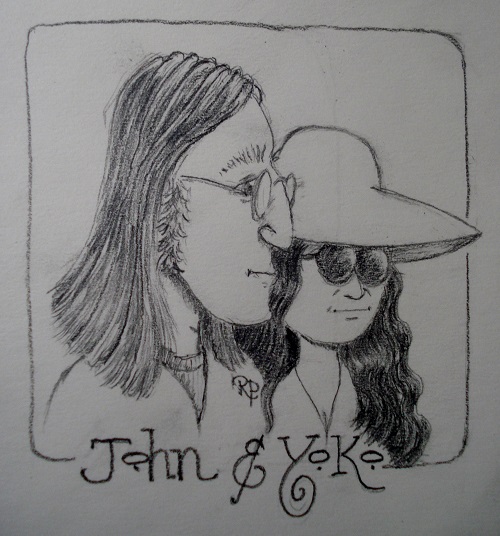 We All Shine On

John Lennon visited California many times over the years, reportedly coming close to purchasing a home in Hillsborough near San Mateo. Besides the visits, John lived in Los Angeles with his girlfriend May Pang from October 1973 until June of 1974. During that time, John and May visited San Francisco, sailing around Alcatraz and doing a radio interview with Tom Donahue for KSAN. Yuan Hong passed away in 1976, and John and Yoko generously provided the family with financial assistance for many years. Betty Hong passed away in 1989. The property was later purchased for condominiums which are currently under construction.

I wish to extend my thanks to my friend Paul Simon, Sara Schmidt, and John Lennon's former girlfriend May Pang for their kind contributions to this post.

Further Reading from the California Room