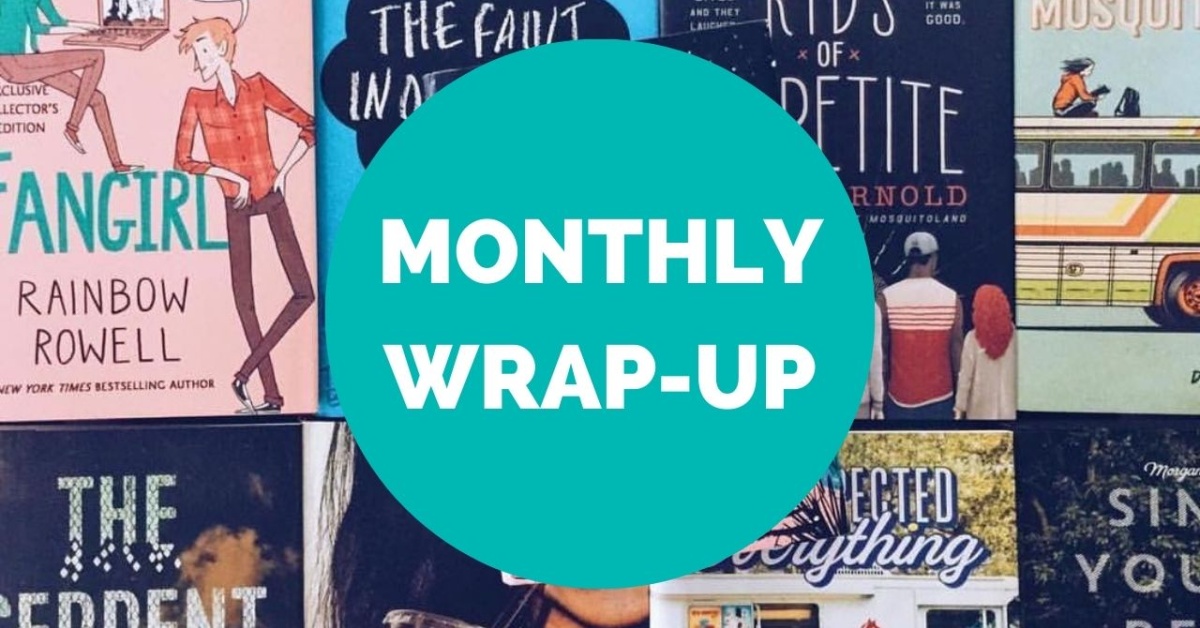 September is one of my favorite months because it's my birthday month, the start of Autumn, and one of the best months for new YA book releases! And this September, there is a crop of unique and unforgettable books to be excited about. From the much-anticipated sequels, spooky and true-crime horror, classic re-imaginings, new queer fantasy stories, and super adorable romances, you can see how this fall season is going to be pretty amazing. So check out one of the titles below to cozy up with as the weather cools down. 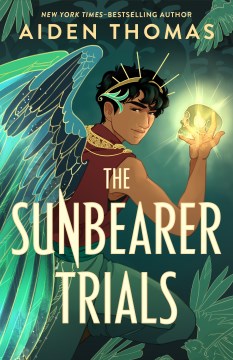 “Only the most powerful and honorable semidioses get chosen. I’m just a Jade. I’m not a real hero.”

As each new decade begins, the Sun’s power must be replenished so that Sol can keep traveling along the sky and keep the evil Obsidian gods at bay. Ten semidioses between the ages of thirteen and eighteen are selected by Sol himself as the most worthy to compete in The Sunbearer Trials. The winner carries light and life to all the temples of Reino del Sol, but the loser has the greatest honor of all—they will be sacrificed to Sol, their body used to fuel the Sun Stones that will protect the people of Reino del Sol for the next ten years.

Teo, a 17-year-old Jade semidiós and the trans son of Quetzal, goddess of birds, has never worried about the Trials…or rather, he’s only worried for others. His best friend Niya—daughter of Tierra, the god of earth—is one of the strongest heroes of their generation and is much too likely to be chosen this year. He also can’t help but worry (reluctantly, and under protest) for Aurelio, a powerful Gold semidiós and Teo’s friend-turned-rival who is a shoo-in for the Trials. Teo wouldn’t mind taking Aurelio down a notch or two, but a one-in-ten chance of death is a bit too close for Teo’s taste.

But then, for the first time in over a century, Sol chooses a semidiós who isn’t a Gold. In fact, he chooses two: Xio, the 13-year-old child of Mala Suerte, god of bad luck, and…Teo. Now they must compete in five mysterious trials, against opponents who are both more powerful and better trained, for fame, glory, and their own survival. 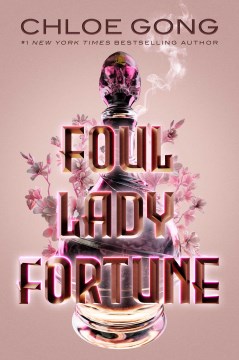 It’s 1931 in Shanghai, and the stage is set for a new decade of intrigue.

Four years ago, Rosalind Lang was brought back from the brink of death, but the strange experiment that saved her also stopped her from sleeping and aging—and allows her to heal from any wound. In short, Rosalind cannot die. Now, desperate for redemption from her traitorous past, she uses her abilities as an assassin for her country.

But when the Japanese Imperial Army begins its invasion march, Rosalind’s mission pivots. A series of murders is causing unrest in Shanghai, and the Japanese are under suspicion. Rosalind’s new orders are to infiltrate foreign society and identify the culprits behind the terror plot before more of her people are killed.

To reduce suspicion, however, she must pose as the wife of another Nationalist spy, Orion Hong, and though Rosalind finds Orion’s cavalier attitude and playboy demeanor infuriating, she is willing to work with him for the greater good. But Orion has an agenda of his own, and Rosalind has secrets that she wants to keep buried. As they both attempt to unravel the conspiracy, the two spies soon find that there are deeper and more horrifying layers to this mystery than they ever imagined. 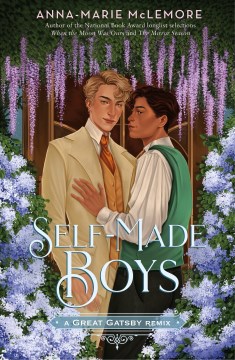 New York City, 1922. Nicolás Caraveo, a 17-year-old transgender boy from Minnesota, has no interest in the city’s glamor. Going to New York is all about establishing himself as a young professional, which could set up his future—and his life as a man—and benefit his family.

Nick rents a small house in West Egg from his 18-year-old cousin, Daisy Fabrega, who lives in fashionable East Egg near her wealthy fiancé, Tom—and Nick is shocked to find that his cousin now goes by Daisy Fay, has erased all signs of her Latina heritage, and now passes seamlessly as white.

Nick’s neighbor in West Egg is a mysterious young man named Jay Gatsby, whose castle-like mansion is the stage for extravagant parties that dazzle and terrify Nick. At one of these parties, Nick learns that the spectacle is all for the benefit of impressing a girl from Jay’s past—Daisy. And he learns something else: Jay is also transgender.

As Nick is pulled deeper into the glittery culture of decadence, he spends more time with Jay, aiming to help his new friend reconnect with his lost love. But Nick's feelings grow more complicated when he finds himself falling hard for Jay's openness, idealism, and unfounded faith in the American Dream. 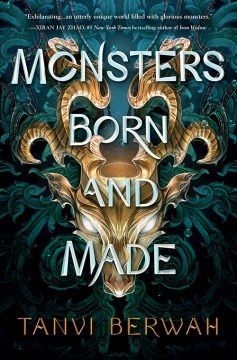 Monsters Born and Made Tanvi Berwah

Sixteen-year-old Koral and her older brother Emrik risk their lives each day to capture the monstrous maristags that live in the black seas around their island. They have to, or else their family will starve.

In an oceanic world swarming with vicious beasts, the Landers―the ruling elite, have indentured Koral's family to provide the maristags for the Glory Race, a deadly chariot tournament reserved for the upper class. The winning contender receives gold and glory. The others―if they're lucky―survive.

When the last maristag of the year escapes and Koral has no new maristag to sell, her family's financial situation takes a turn for the worse and they can't afford medicine for her chronically ill little sister. Koral's only choice is to do what no one in the world has ever dared: cheat her way into the Glory Race.

But every step of the way is unpredictable as Koral races against contenders―including her ex-boyfriend―who have trained for this their whole lives and who have no intention of letting a low-caste girl steal their glory. When a rebellion rises and rogues attack Koral to try and force her to drop out, she must choose―her life or her sister's―before the whole island burns. 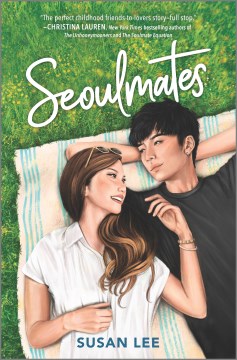 Hannah Cho had the next year all planned out—the perfect summer with her boyfriend, Nate, and then a fun senior year with all of their friends.

But then Nate does what everyone else in Hannah’s life seems to do—he leaves her, claiming they have nothing in common. He and all her friends are newly obsessed with K-pop and K-dramas, and Hannah is not. After years of trying to embrace the American part and shunning the Korean side of her Korean American identity to fit in, Hannah finds that's exactly what now has her on the outs.

But someone who does know K-dramas—so well that he’s actually starring in one—is Jacob Kim, Hannah’s former best friend, whom she hasn’t seen in years. He’s desperate for a break from the fame and someone to trust, so a family trip back to San Diego might be just what he needs…that is, if he and Hannah can figure out what went wrong when they last parted and navigate the new feelings developing between them. 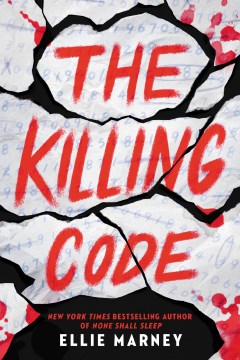 Virginia, 1943: World War II is raging in Europe and on the Pacific front when Kit Sutherland is recruited to help the war effort as a codebreaker at Arlington Hall, a former girls’ college now serving as the site of a secret US Signals Intelligence facility in Virginia. But Kit is soon involved in another kind of fight: Government girls are being brutally murdered in Washington DC, and when Kit stumbles onto a bloody homicide scene, she is drawn into the hunt for the killer.

To find the man responsible for the gruesome murders and bring him to justice, Kit joins forces with other female codebreakers at Arlington Hall—gossip queen Dottie Crockford, sharp-tongued intelligence maven Moya Kershaw, and cleverly resourceful Violet DuLac from the segregated codebreaking unit. But as the girls begin to work together and develop friendships—and romance—that they never expected, two things begin to come clear: the murderer they’re hunting is closing in on them…and Kit is hiding a dangerous secret. 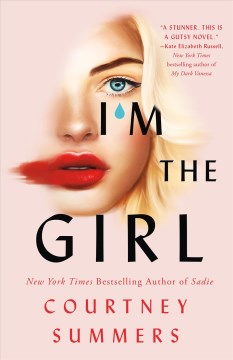 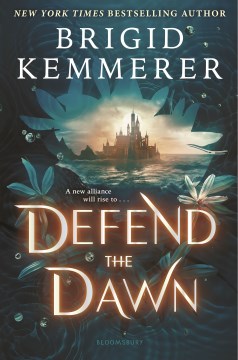 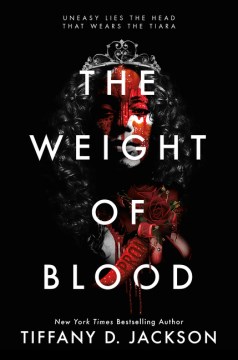 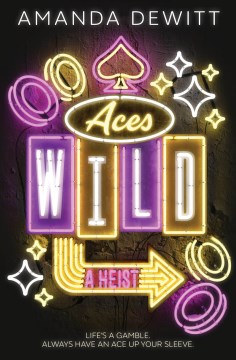 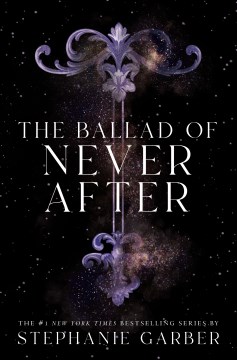 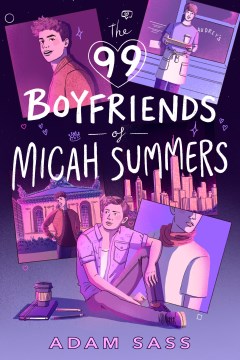