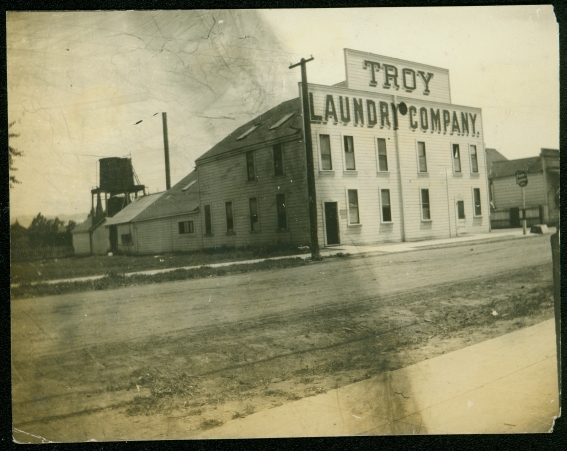 As a teenager in the 1970s, I remember going with my dad one time to pick up his cleaning.  That sounds pretty boring, but when we pulled up to the cleaners, I couldn’t believe what I saw.  It was an incredible old building that looked as though it had stood untouched for fifty years, and that was in fact pretty much the situation.  The signage, the windows, the doors, the paint; everything appeared to have been untouched since the day the building was new.  I’ve always been amazed by relics of the past, assisting our awareness of history and the passage of time.  And my amazement quickly inspires questions.

Searching online, I found a document regarding the laundry building from the U.S. National Parks Service.  The document indicates that the original name of the company was Troy Steam Laundry, and the original structure was built in 1895.  A photo from the 1920s shows the building looking pretty much as it did in the 1970s, though with a fresh coat of paint.  Taking a look at the California Room’s City Directories, I find Troy Steam Laundry first listed at 138 Grant Street in 1895, and then at its final location at 724 Orchard (renamed Almaden) Street in 1896. I noticed while searching online that there were many Troy laundry businesses throughout the country, and it appears that Troy Steam Laundry was a franchised company. 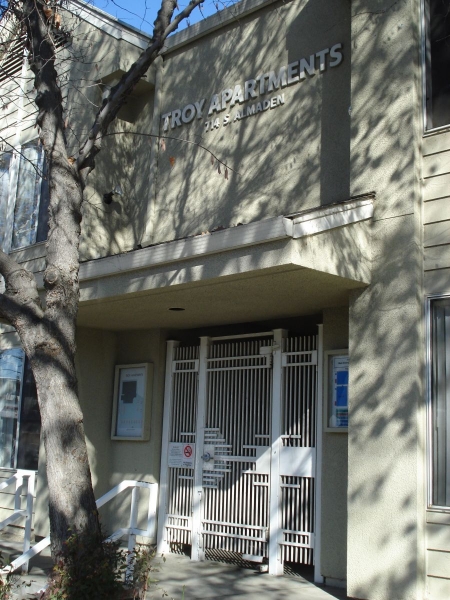 One mystery I haven’t solved is why it was torn down.  By the 1980s, it had been listed as a city, state, and national historic landmark.  In 1987, the building’s owner was prosecuted for destroying the back portion of the building.  But despite the building being cited as, "…the only architecture of that kind in the city…one of the founding commercial structures in the city," by 1995 it had been demolished and replaced by Troy Apartments (named after the historic building they replaced).

The California Room is a great place to begin looking for answers to local and California history questions that come up. Not only are we open to the public five days a week with no need for an appointment, but we have a tremendous collection of accessible resources.  We’re also well connected with external resources for further assistance.