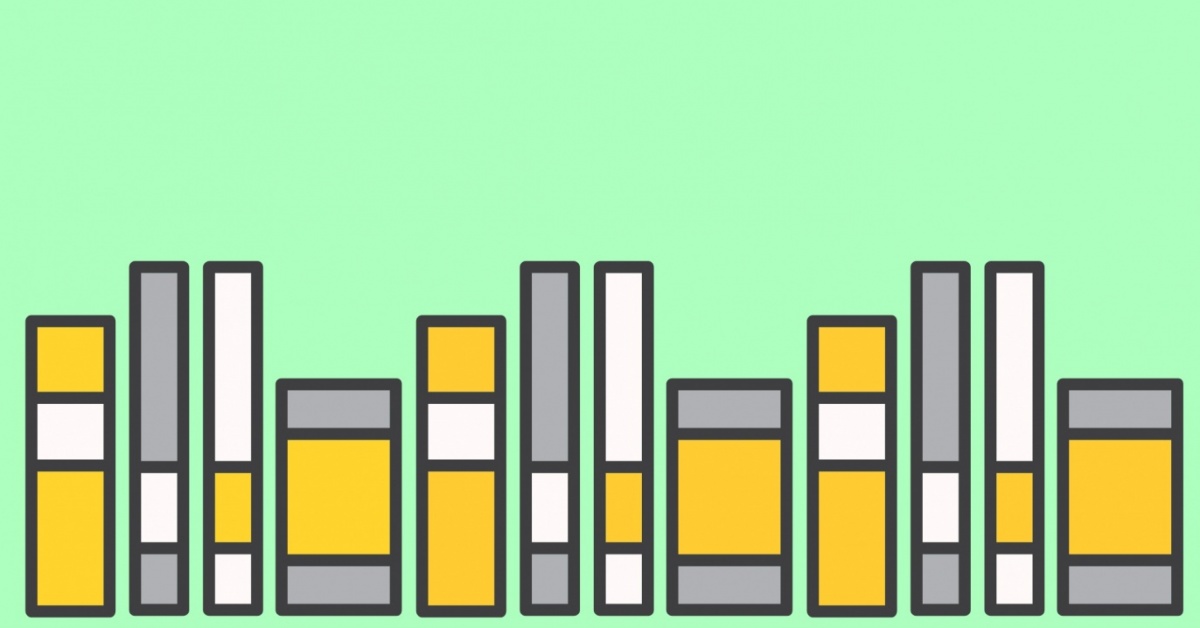 "Books I've Read Recently" is a series where I, Penelope Gomez, will do a monthly wrap up of the books I've read throughout the past month. In this series I will give a brief synopsis of the story and then give the book a rating out of 5 stars. 5 stars being the best and 1 star being the worst! 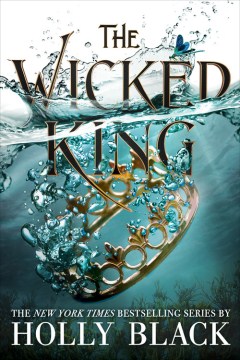 The first lesson is to make yourself strong.

After the jaw-dropping revelation that Oak is the heir to Faerie, Jude must keep her younger brother safe. To do so, she has bound the wicked king, Cardan, to her, and made herself the power behind the throne. Navigating the constantly shifting political alliances of Faerie would be difficult enough if Cardan were easy to control. But he does everything in his power to humiliate and undermine her even as his fascination with her remains undiminished.

When it becomes all too clear that someone close to Jude means to betray her, threatening her own life and the lives of everyone she loves, Jude must uncover the traitor and fight her own complicated feelings for Cardan to maintain control as a mortal in a Faerie world.

Wow this book series just keeps getting better and better! There was never a dull moment in this book. There is just so much scheming and backstabbing and romance strewn all throughout the novel. The way that book 1 ended, it just shook me to my core, I immediately had to start reading book 2! The way that this book ended wasn't any EASIER! Holly Black really knows how to leave people hanging... without giving too much away the ending of this book was the equivalent of getting slapped in the face! I could not sleep after reading this book and you guessed it, I had to immediately stay up all night reading book 3. I have completely fallen in love with this series and it's characters. Carden and Jude are my new favorite YA ship, they belong together, I don't care what anyone thinks you can not change my mind on this. Holly Black did an incredible job of bringing this fantastical faerie land to life. A genre I never in a million years thought that I would like. If you have any other "fantasy" novels you think I might like, please comment them down below. 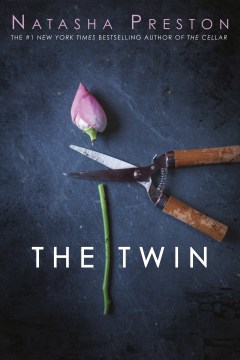 In this twisty psychological thriller from the #1 New York Times bestselling author of THE CELLAR, Ivy finds out that her twin sister, Iris, is trying to push her out of her own life--and might be responsible for their mother's death.

After their parents divorced, 10-year-old twins Ivy and Iris were split up--Ivy lived with Dad, Iris with Mom. Now, after a tragic accident takes their mom's life, the twins are reunited and Iris moves in with Ivy and their dad. Devastated over Mom's death, Iris spends the first few weeks in almost total silence--the only person she will speak to is Ivy. Iris feels her life is over and she doesn't know what to do. Ivy promises her twin that she can share her life now. After all, they're sisters. Twins.

It's a promise that Iris takes seriously. And before long, Ivy's friends, her life at school, and her boyfriend, Tyler, fall under Iris's spell. Slowly, Ivy realizes she's being pushed out of her own life. But she's just being paranoid, right? And Mom's accident was . . . just an accident. Right? It's not like she--or Dad--or Tyler--are in any danger. . . .

Wow this book had such an unexpected ending! I highly recommend this book if you like psychological thrillers. It was incredibly unique. I feel like this genre can get really repetitive and played out but Natasha Preston did an incredible job of bringing a new unexpected twist to the genre. I never in a million years saw this twist coming. It is a very quick and short read, but it was much slower paced than a normal psychological thriller. This novel was just so unique and there is a reason for its slower pacing, so be patient and stick with it! The reason I am giving this book a 4 star rating is because I wish there had been just a little more build up and suspense before leading to that miraculously planned ending. I feel like this was the least scary thriller I've ever read... I just wanted like a little something extra to keep me up at night. I think this book was all psychological and NO thriller. That was just my only pet peeve with this novel. It was still really different and good though. 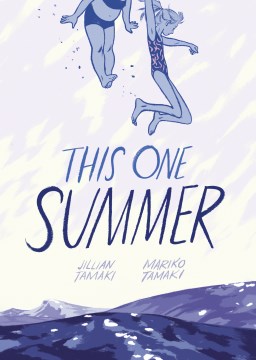 This One Summer Mariko Tamaki

Every summer, Rose goes with her mom and dad to a lake house in Awago Beach. It's their getaway, their refuge. Rosie's friend Windy is always there, too, like the little sister she never had. But this summer is different. Rose's mom and dad won't stop fighting, and when Rose and Windy seek a distraction from the drama, they find themselves with a whole new set of problems. It's a summer of secrets and sorrow and growing up, and it's a good thing Rose and Windy have each other.

In This One Summer two stellar creators redefine the teen graphic novel. Cousins Mariko and Jillian Tamaki, the team behind Skim, have collaborated on this gorgeous, heartbreaking, and ultimately hopeful story about a girl on the cusp of her teen age—a story of renewal and revelation.

I feel like I'm really undetermined on this book. I didn't completely love it, but I didn't completely hate it either. I think I'm just neutral when it comes to this graphic novel. This book centers around 2 girls who are 'Summer Time Friends." They only meet up during the summer while their families vacation at their lake cabins. The two girls have spent many summers together, but this is the first summer where the girls are 'coming of age,' their bodies are changing and they are starting to notice boys for the first time. They are a little bit older and a little bit more aware of things, like their parents fighting and societal views of women. This graphic novel was very unique in the fact that it's told from a child's eyes on the cusp of being a teenager, which I haven't really seen done in this particular way before. Although I did think this graphic novel was unique, I didn't really feel like it was groundbreaking or anything that really left an impact on my life. I know this graphic novel has won a Caldecott Award and a Micheal L. Printz award. I think I need to reread this book, I feel like I missed an important message in this book, since it has won multiple awards! Let me know in the comments if you've read this book, what did I miss? I really wasn't impressed enough to say this book deserved multiple awards. 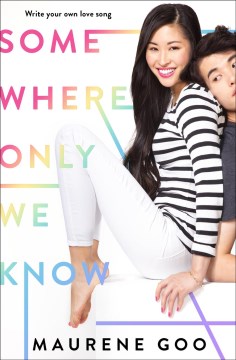 Somewhere Only We Know Maurene Goo

10:00 p.m.: Lucky is the biggest K-pop star on the scene, and she's just performed her hit song "Heartbeat" in Hong Kong to thousands of adoring fans. She's about to debut on The Tonight Show in America, hopefully a breakout performance for her career. But right now? She's in her fancy hotel, trying to fall asleep but dying for a hamburger.

11:00 p.m.: Jack is sneaking into a fancy hotel, on assignment for his tabloid job that he keeps secret from his parents. On his way out of the hotel, he runs into a girl wearing slippers, a girl who is single-mindedly determined to find a hamburger. She looks kind of familiar. She's very cute. He's maybe curious.

This was a really cheesy/ cute rom-com book. If you've ever been curious about what it's like to be a k-pop idol, then read this book. That aspect of the story was so interesting to me, but it was only loosely touched upon at the beginning of the novel. I wanted to know more! Basically in this novel Lucky a famous k-pop artist decides she needs a break from the starlight and decides to take the day off, after some ludicrous events land her unknowingly into the arms of Jack a tabloid writer/ photographer. Lucky has the upstanding reputation of being a "Good Girl" and Jack looking to launch his tabloid career decides to lead Lucky on a wild ride, all the while documenting everything for a scathing expose! I don't want to give any spoilers away but since it is a  Rom-Com I think you can imagine how this "plan" is going to go. I did really like the setting and character development in this novel the only issue I had with this book, is that the story only spans 1 day, and I think that's just not enough time to fall in love in my opinion. So I wasn't completely sold on this romance. I also felt like the storyline was a little bit slow, like nothing really happened where I thought, 'yes this is definitely going to be a love connection!' It was basically two strangers getting to know each other on a very surface level. At the end of the story I felt like they still didn't really know each other enough to call it "LOVE." I just wasn't fully buying it. It was still a fun and light hearted read though. 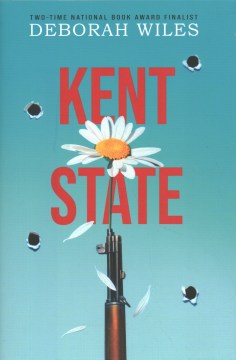 An exploration of one of the darkest moments in our history, when American troops killed four American students protesting the Vietnam War.

As protestors roil the campus, National Guardsmen are called in. In the chaos of what happens next, shots are fired and four students are killed. To this day, there is still argument of what happened and why.

I unfortunately was not a fan of this book AT ALL. I'm glad I listened to the audiobook version, because I don't know if I could have kept up with this authors particular writing style. If I'm being honest I don't know much about the events that took place on May 4, 1970 at Kent State and this book did an awful job of explaining it. This book is told "campfire" style where a group of people are gathered around telling a story to a specific reader. It was like reading/ being present for a very long and boring conversation. I just wasn't into it. If the author had written this book in a different format I think it could have been a very compelling book, since it is about the topic of "peaceful protesting," gone wrong, which is a very relevant topic right now. Reading this book I felt like It wasn't even fully explained what the students of Kent State were even protesting. I think if the author had gone a little deeper and had given a bit more of an explanation it would have been an easier book to grasp and get through. If you are interested in this topic it was a very quick read. It was less than a 2 hour audiobook, which is the only reason I finished this book. It was so boring I don't think I could have gotten through it reading the actual physical book. I was not a fan.