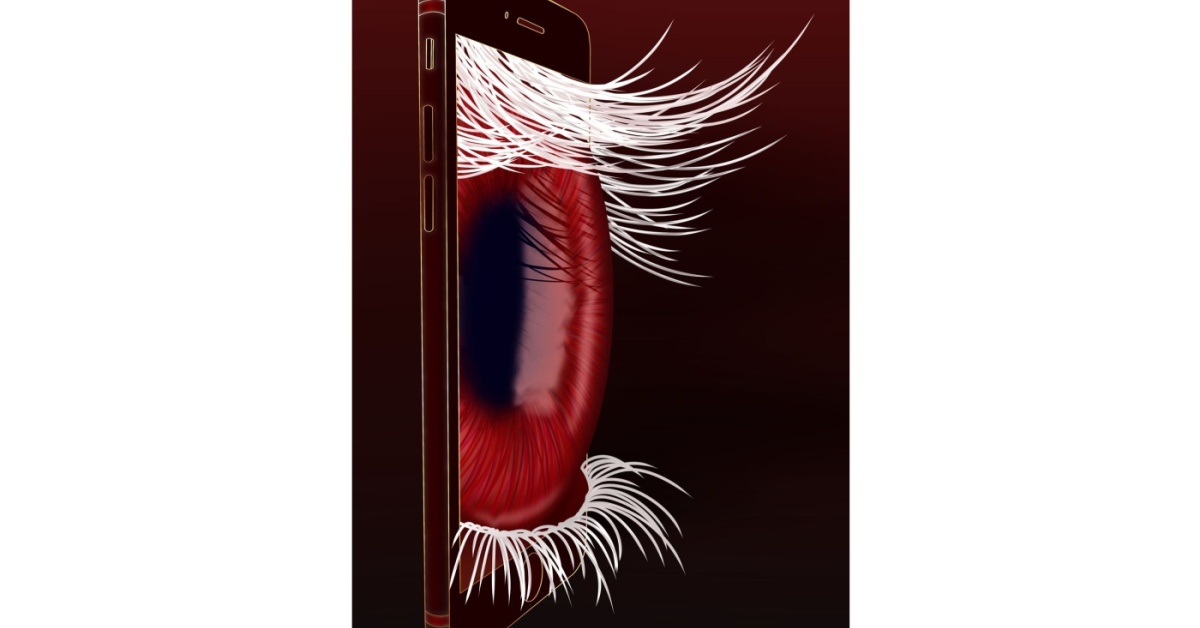 With how pivotal cell phones have become in many people’s everyday lives, it is necessary to understand how the endless flow of information and the expanding services available on our cell phones help us, hinder us, and expand our horizons. This art piece emphasizes the melding of phone and user in this electronic, technology-driven era.

When I was younger, I was obsessed with having a phone. I understood that my parents could not afford one for me as a pre-teen and I was utterly disappointed because I saw all of my peers enjoying themselves in a digital world I had no access to. In ninth grade, I finally got my wish and was gifted the most cost-effective smartphone my parents could find, and I kept it with myself for nearly four years before our network was canceled and we had to move to another cell service provider. My parents knew I would be going to high school events (limited, and with their approval, of course), and I knew that their installation of Life360 on my phone was most likely a wise choice. However, it took years of mental fatigue to finally figure out that my phone was the reason I felt distant from my own reality.

For me, there was no one specific moment when I decided to use my phone less. My screen time was in the 10-hour-zone, I was aware, and I felt okay with it. What finally pushed me to start ambitiously offing hours from my screen time was the coming of the New Year and a drama-documentary film my AP Government and Politics teacher showed us in class called The Social Dilemma.

In The Social Dilemma, we follow a white male protagonist as he slowly becomes more submerged in politics via a fictitious political party called the “Extreme Center.” His political beliefs change and become radicalized due to an echo chamber that was created and designed to keep him engaged with his screen. Eventually, because of the repeating nature of his information feed, he decides to go to a political demonstration where he is later mistaken and arrested as a violent protestor. One of the ultimate messages in The Social Dilemma is to beware the echo chamber and the addiction it causes.

For some, “echo chamber” may be a new term. An echo chamber, according to Dictionary.com, is “an environment in which the same opinions are repeatedly voiced and promoted, so that people are not exposed to opposing views.” In online spaces, from YouTube to TikTok, we can observe a radicalization of our youth and parents through these echo chambers that slowly push ideals into rabbit holes to keep the audience engaged with their screen. At times, this engagement can have disastrous effects: some may be slowly pushed against racial equity without understanding the full subject matter, and on larger levels, the internet can even facilitate extremism.

And that is where the hope lies: diversity and other people. Whereas the internet can be an isolating experience filled with content that merges our mind with like-minded individuals in our area, diversity through our peers helps us in our classrooms and in our day-to-day lives because diverse interactions oppose us instead of constantly agreeing.

“Phone and user” are melding together, as are our thoughts and our own echo chambers. The only way to truly escape this all-seeing eye’s echo chamber is to walk out of the eye’s sight and willingly put ourselves in different environments and interactions. Rather than waiting until it is too late and engaging ourselves in echo chambers to the point of attending a rambunctious, and later violent, demonstration like the protagonist of The Social Dilemma, we should examine our information flows and turn off our screens.

About the Youth Commission

The San José Youth Commission is the official youth advisory group to the mayor and city council. We represent all the youth and work to: