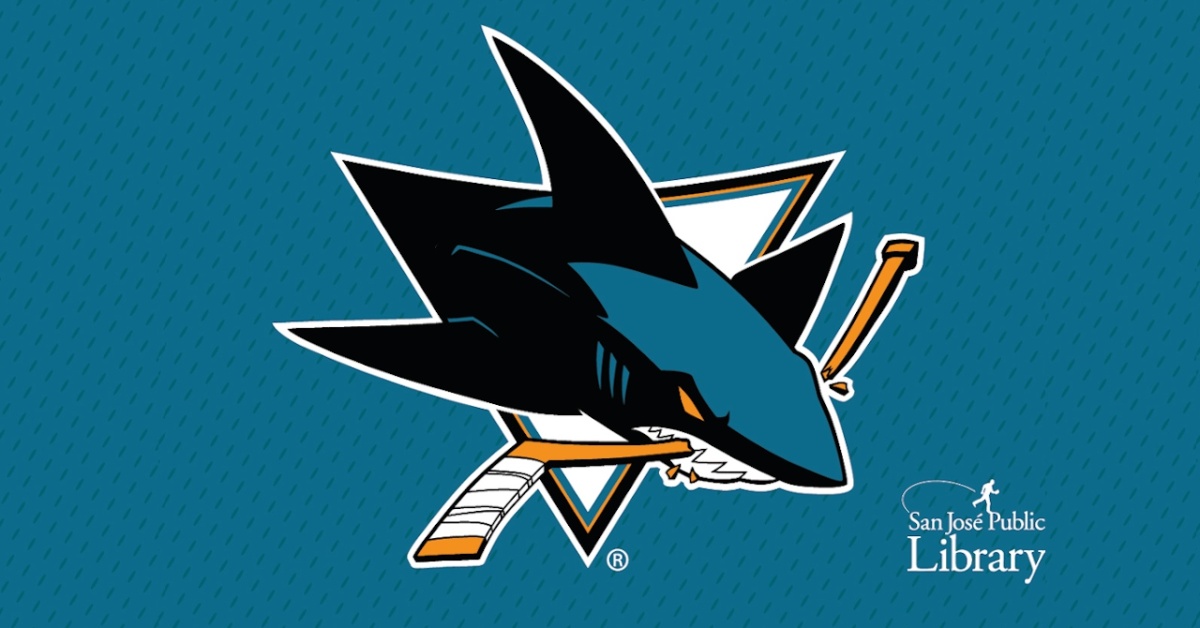 We're excited to once again team up with the San Jose Sharks to launch a new SJ Sharks Library Card design. The new design will be exclusively released to fans during the home opener game on Friday, October 14 and will be available at all SJPL library locations on Saturday, October 15.

The new design features the Sharks logo with a teal background and will be permanently added to SJPL's menu of library cards for years to come.

SJPL first teamed up with the San Jose Sharks back in 2019, to release their first-ever SJ Sharks Library Card which featured the Sharks' Stealth color scheme and theme from that year. To-date, nearly 25,000 of those Sharks cards have been issued to the public, providing access to essential library services to thousands of fans. Go Sharks!

SJ Sharks fans can obtain the new library card design by signing up for a FREE membership or replace their current San Jose Public Library card, at no cost.

In addition to the new Sharks library card, SJPL and the Sharks plan to offer special programs at the library in the coming months for the public to enjoy, so stay tuned.

Get your library card by becoming a member of your San José Public Library. It's simple, easy, and FREE!