I have never seen a president in person, though I have heard stories about President McKinley's speech in St. James Park, President Teddy Roosevelt planting a redwood tree in Campbell, and I have a cousin who saw John F. Kennedy speak outside the Civic Auditorium a few days before his election. About the closest I've come to seeing a president was when a motorcade of limousines and motorcycle cops drove past me in the 1980s. I learned the next day that it was Vice President Mondale. On this 50th anniversary of Sen. Robert F. Kennedy's campaign speech in St. James Park, I thought it would be interesting to create a list of presidential visits to San Jose.  My criteria for this list, is that the visit was by a "sitting" president (in office) within the San Jose city limits. 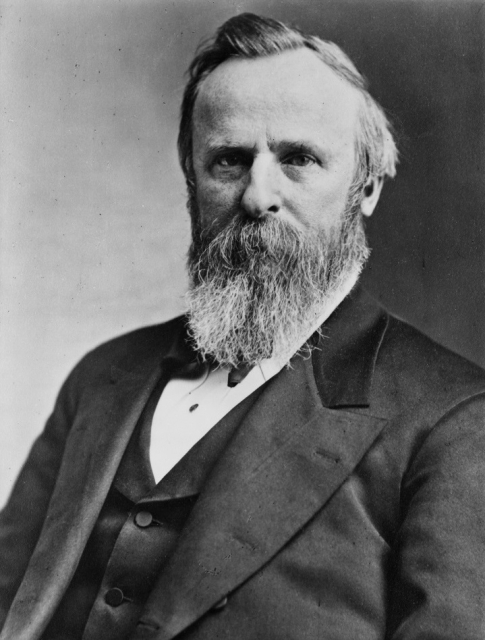 Image: The first sitting U.S. president to visit San Jose was Rutherford B. Hayes (1877-81). He stayed at the Auzerais House hotel (north side of Santa Clara Street, between Market and First). President Hayes delivered a speech from the hotel balcony on September 15, 1880. The president was well-received, though over-shadowed by his traveling companion, Civil War hero General William T. Sherman. Photo credit: Brady, Mathew B., Approximately, photographer. Pres. Rutherford B. Hayes., None. [Between 1870 and 1880] Photograph, https://www.loc.gov/item/2017893107/ 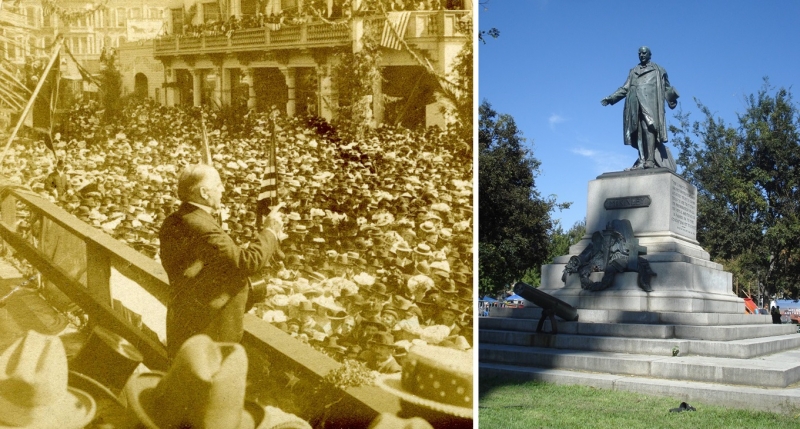 Image: President William McKinley (1897-1901) was the third president to visit San Jose. He was very popular in the county, and was greeted with a twenty-five foot high mound of floral bouquets. Like his predecessor, McKinley spoke from St. James Park across from the courthouse.  He was assassinated in New York later in the year, and a memorial statue was erected in the approximate location from which he addressed the citizens of San Jose.  Left: Stereoscope image from my collection depicts President McKinley delivering his speech in San Jose on May 13, 1901. Right: Recent photo of McKinley's statue in St. James Park. Photo ©Ralph M. Pearce 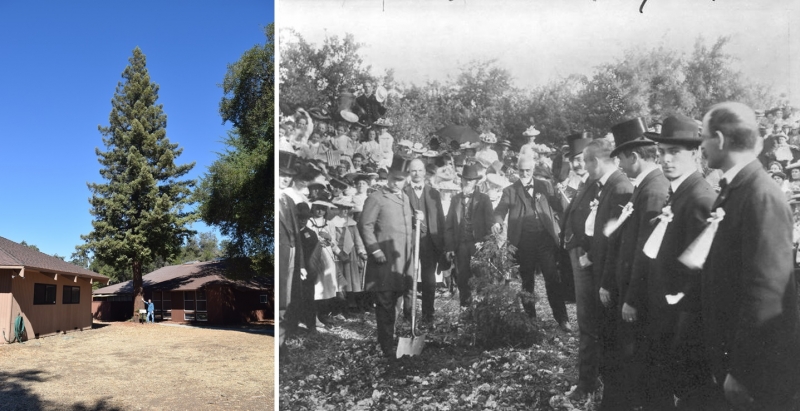 Image: The fourth president to visit was Theodore "Teddy" Roosevelt (1901-09). On May 11, 1903 the president spoke in San Jose, Santa Clara, and then in Campbell, where he planted a redwood tree on the southeast corner of Winchester and Campbell Avenues. The tree was cut down to widen Winchester Boulevard in 1964, but the stump was saved (largely through the efforts of Lilyan Brannon of the Campbell Garden Club) and replanted in Vasona Park in Los Gatos. Left: The stump regenerated and the tree survives today next to Vasona Lake County Park's Youth Science Institute. Photo ©Ralph M. Pearce.  Right: Teddy Roosevelt planting the tree on the corner of the Campbell Grammar School, which would become the site of the first Campbell High School. Image courtesy of the Campbell Museums. 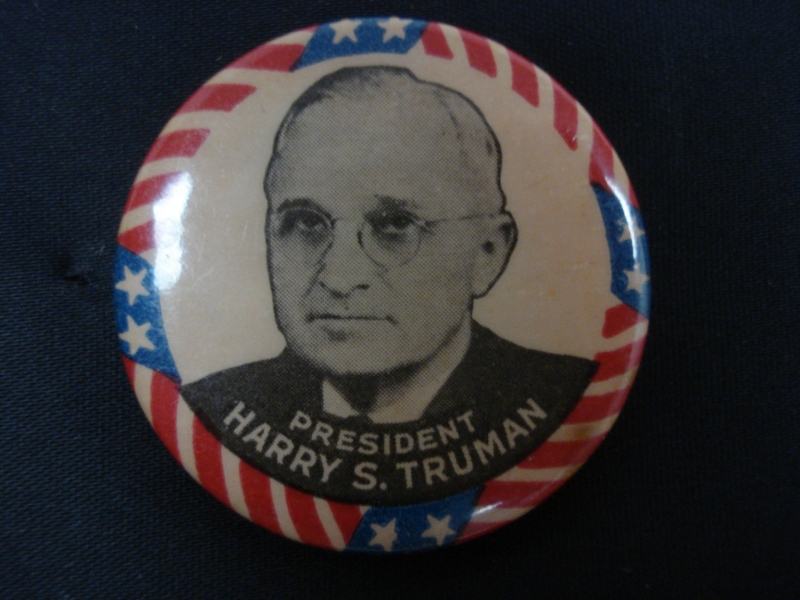 Image: President Harry S. Truman (1945-53) was the fifth president to visit San Jose in a "whistle-stop"  during his 1948 campaign. A reported four thousand supporters met him at the train station to hear him speak. This original campaign button is from the California Room's collection.

Image: President Gerald Ford (1974-77) was the seventh president to visit our city. The president attended and spoke at both a reception at the Center for Performing Arts, and a lunch at the Civic Auditorium on May 25, 1976. He spent the night next door at the Holiday Inn (now the site of the Hyatt Place hotel). Photo credit (left): O'Halloran, Thomas J., and Warren K. Leffler, photographer. President Gerald speaking into microphones. Washington D.C. 1974, Aug. 9. Photograph. http://www.loc.gov/item/2005678576/   Right: The Center for Performing Arts as it appears today. Photo ©Ralph M. Pearce. 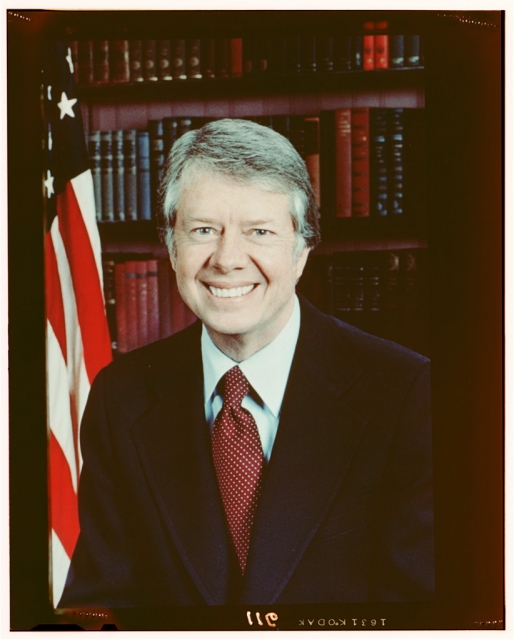 Image: The ninth president to visit our fair city was President George H.W. Bush (1989-93). He was in the area in late April of 1989, and stayed at the Fairmont Hotel on Market Street the night of the 24th. Photo credit (left): Valdez, David, photographer. George Bush, half-length portrait, facing front / David Valdez., 1989. Photograph. https://www.loc.gov/item/89715763/ Right: The Fairmont Hotel's International Luxury Suite is typical of the accommodations afforded the president. Photograph courtesy of Fairmont San Jose. 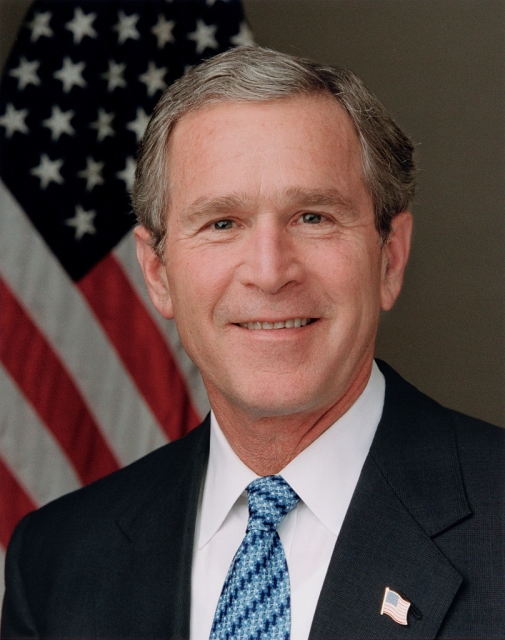 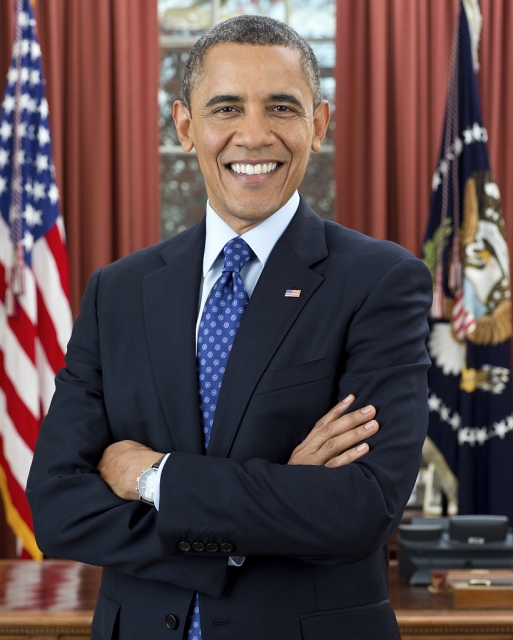 Image: President Barack Obama (2009-2017) was the twelfth and most recent president to visit to the Garden City (San Jose). On September 25, 2011, President Obama stayed overnight at the San Jose's Fairmont Hotel during his Bay Area visit.  He returned to the Fairmont on June 6, 2013 to speak on the Affordable Care Act, and again for a fundraiser in May of 2014. Photo credit: Souza, Pete, photographer. Official portrait of President Barack Obama in Oval Office / Official White House photo by Pete Souza., 2012, Dec. 6. Photograph. https://www.loc.gov/item/2017645540/