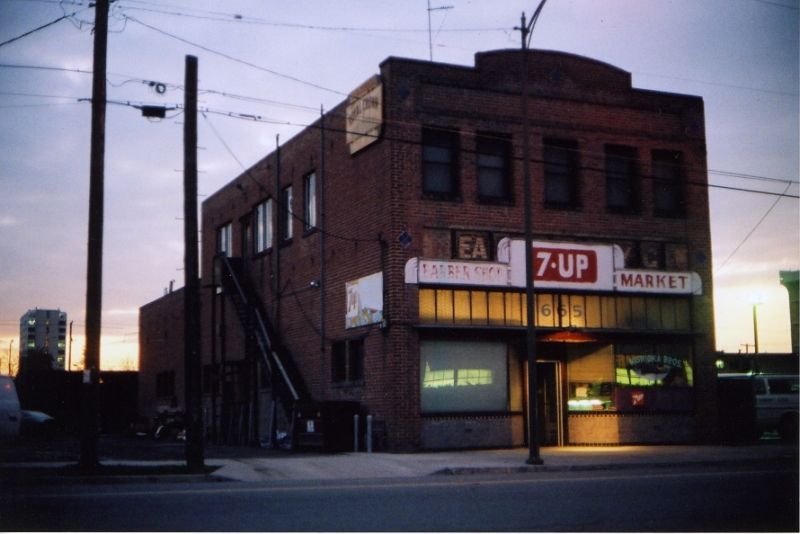 I lived in San Jose Japantown back in the 1980s. I used to enjoy jogging around the area in the evening, and one of the places I used to jog past was the Nishioka Fish Market on Sixth Street near Taylor. It’s a beautiful old brick building, built in 1929 by Ichimatsu Tsurukawa for his Ideal Laundry business. Unfortunately, the depression hit soon after, and Tsurukawa’s business didn’t flourish as he’d hoped. He eventually sold the business to one of his Filipino workers, Ben Ragsac, who downsized the business and moved it to a smaller location near the corner of Sixth and Jackson Streets.  The Nishioka Brother’s Fish Market was the last occupant, and the building has been vacant for over ten years now. This fine, historic structure has been for sale for some time, and its fate remains to be seen.

Further reading in the California Room: