The San José Public Library celebrates 141 years of service on Saturday May 1, 2021!  It was on that date in 1880 that the City of San José voted to open a free library. The first library was a single room that operated under the supervision of William Redding, the first City Librarian. It was in the Murphy Building that stood on the northeast corner of Post and Market Streets. Over the years, the library began opening branches to serve our growing community. Today, we have 25 San José Public Library locations! Our first branch was the historic East San José Carnegie Branch, which we acquired when San José annexed the city of East San José in 1911. It’s the only Carnegie Library in our county that still operates as a library.

In honor of the library’s birthday, the California Room is re-posting this short history of the San José Public Library which was written by intern Mark Robertson in 2013: 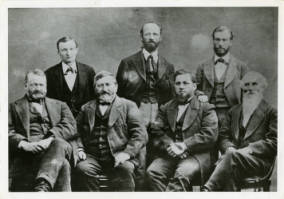 The one-room "Free" San Jose Library opened on Post and Market Streets in 1880 with a book collection from the members-only San José Library Association. The Library Association had been a private lending library since 1872 where a patron could check out one book at a time and when finished, bring the borrowed item back and exchange it for another. This service would only last 6 years though. In 1878 the Library Association voted to close its doors. The city reacted and sought to create its own "free" library under the 1878 Rogers Act. On May 1, 1880 the City voted in support of a public library, approved on the last day of the Rogers Act deadline. With tax support, the City of San Jose was able to open the one-room public lending library in 1880 with William Redding as the first City Librarian. The Free San Jose Library was small, but effective. A single library was ultimately not enough for the expanding municipality in the early 1900s. The solution was the creation of the branch system. 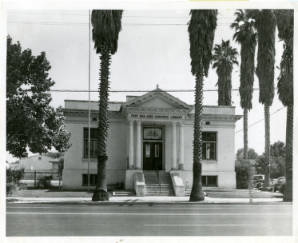 The branch system had its origins in the establishment of the Grant School Library in 1909 following an increased demand in the valley's west side. The Grant School branch was short lived however, as it was not included in the school's reconstruction after a fire in 1917. Yet, in 1911, with the acquisition of East San José, the San José Public Library had acquired its third branch, the East San José Carnegie Library that had been built in 1907. In less than 30 years since its founding, the public library system was already spreading throughout the valley. Unfortunately, the number of branches would collapse during the Inter-War Years (between World War I and World War II), losing the Grant School branch as well as the Balbach St. Branch. Although by 1957, the branch expansion began again with full earnest. With the passage of new bond measures in the 1950s and 1960s, the San Jose Public library gained the funding to build in the rapidly expanding suburbs. 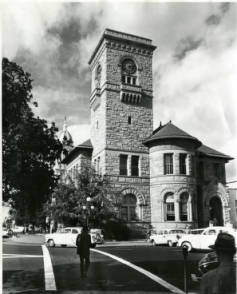 By the time the San José Public Library moved into its new facility on West San Carlos Street in 1970, the library managed nine branches throughout the city's expanding neighborhoods, with plans for seven additional branches in the coming years. Since then the San José Public Library has continued to grow, and in 2013 now operates twenty-two branches in addition to the main Dr. Martin Luther King, Jr., Library in partnership with San José State University on East San Fernando Street.

For those interested in learning more, take a look at the resources listed below including the new San José Public Library digital collection.

Your Comment
Thanks for the feedback Stephanie. We were excited to locate a photo of the first SJPL location for this update.