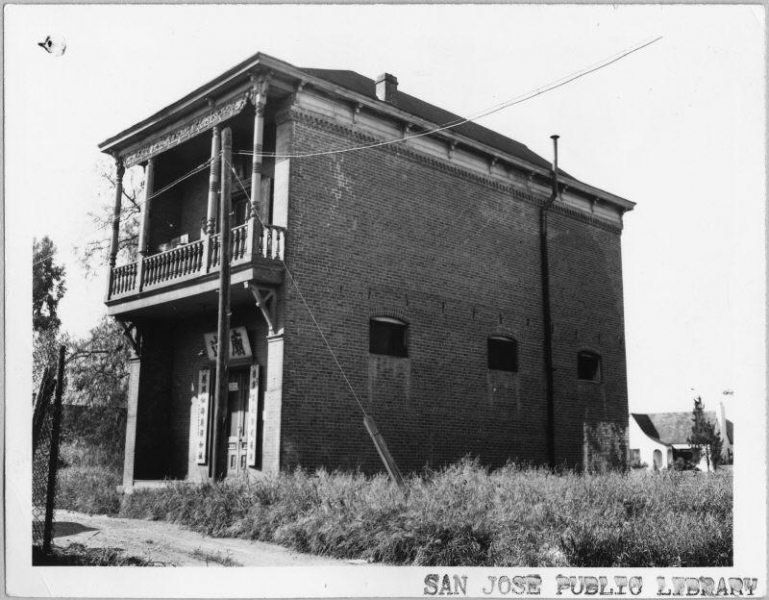 Did you know that San Jose’s Japantown is one of only three remaining Japantown’s in the United States?  And San Jose’s Japantown is generally recognized as the most authentic in that it wasn’t largely torn down and rebuilt.  Many of the earliest buildings remain, with the oldest building on the northwest corner of North Sixth and Jackson Streets being part of the last Chinatown.  Our Japantown actually grew out of the last Chinatown.  Nicknamed by its Chinese residents, Heinlenville was located primarily on what is now a vacant area between North Sixth and North Seventh Streets, and Jackson and Taylor Streets.

Heinlenville had been built by a German immigrant named John Heinlen in the 1880s as a home for San Jose’s Chinese population who had been displaced from four previous Chinatowns.  Designed by architect Theodore Lenzen, Heinlen’s Chinatown was built on his own property using brick, and leased to the Chinese at low rates.  When Japanese laborers began populating the valley in the mid-1890s, many of them found lodging in Heinlenville.

The first known Japanese businesses were located in a brick Chinese building that still stands, saved because it stands on the west side of North Sixth Street, across the street from where Heinlenville’s central location that was eventually torn down.  Two other Chinese structures also remain in Japantown, the old Ken Ying Low building at 625 North Sixth Street and the Hip Sing Tong building at 639 North Sixth Street.  These buildings also stand on the west side of the street.  Interestingly enough, next door to the Hip Sing Tong building is the Filipino Community Center.  Filipinos also began living and owning businesses in Japantown in the late 1920s, though at that time it was still referred to as Chinatown.

The Great Depression brought an end to Heinlenville.  John Heinlen had died in 1903, and the heirs could no longer afford to maintain the property.  The City of San Jose took the property over and in 1933 began demolishing the brick buildings and converting the site into a corporation yard. By 1960, the last of the structures were gone.  A number of years ago the corporation yard itself was demolished and now the property stands vacant, except for a small parking area near Jackson Street.  The Japantown that grew west from Heinlenville continued to thrive however, and after the Japanese returned to San Jose after World War II, the area became more commonly known as Japantown.