“Sing a song of sixpence, a pocket full of rye, four and twenty blackbirds, baked in a pie.” So goes the popular English nursery rhyme “Sing a Song of Sixpence.” From this rhyme came the name for a small chain of late 1960s restaurants called Four’n 20 Restaurant & Pie Shop.  Two of these restaurants were built in San Jose in 1970 and 1971. One was on Meridian near Hamilton, and the other was on Kooser and Blossom Hill Roads, across from Princeton Plaza. I remember eating at both locations with my family. Like Marie Callendars and Bumbleberry Pies (The Pruneyard), Four’n 20 featured pie, with a limited menu of soup, sandwiches, hamburgers, and salads. 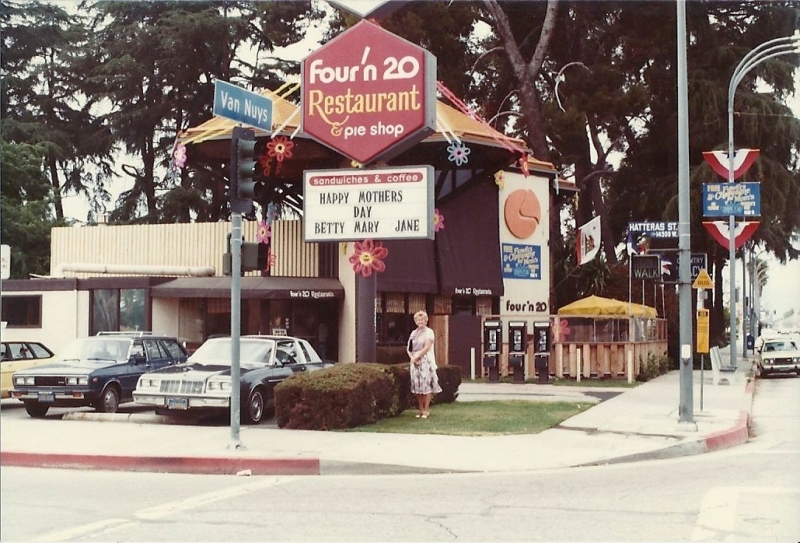 Image: Here's a 1978 photograph of one of the Los Angeles area Four'n 20 Restaurants in its original building on Van Nuys in Sherman Oaks. None of the four Los Angeles buildings remain, though two of the restaurants relocated and each has incorporated original signage into their new locations. Photo courtesy of David Burkin

Though both San Jose locations were out of business by 1974, both buildings still stand, having been re-purposed by other businesses through the years. Currently the 1572 Meridian Avenue building houses Wright Lighting, while the 1357 Kooser Road location stands vacated within a chain link fence. The San Jose permits site for the Kooser Road location indicates that there was a 2004 preliminary review for demolition, with plans for a fifty foot structure containing retail stores and condominiums. 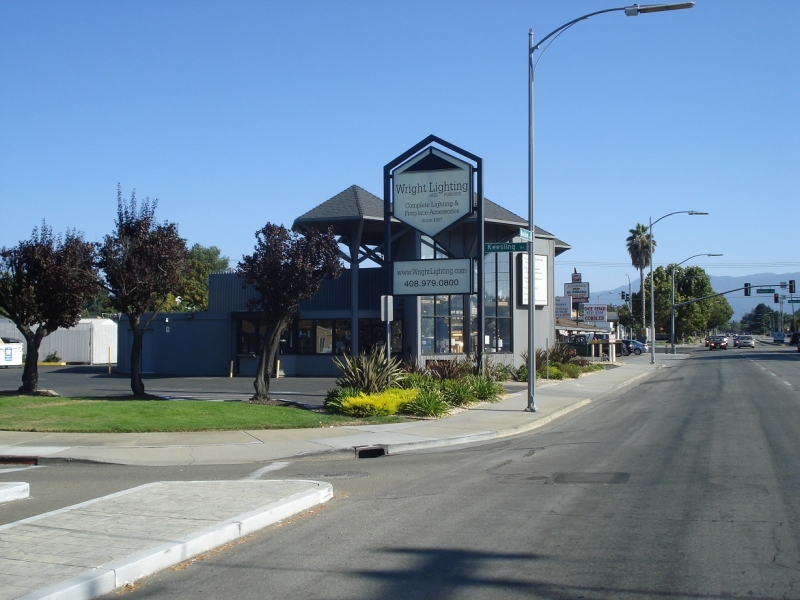 Image: San Jose had two Four'n 20 Restaurants in the early 1970s. Here's a photograph of the original building on Meridian Avenue, which has served as a photography store, and is now home to Wright Lighting. Notice the nice use of the original sign framing. This is the best maintained and original looking of the three remaining buildings. Besides the other San Jose building on Kooser Road (which may be slated for demolition), the only other remaining building stands drastically modified in Jamaica (Queen's), New York. 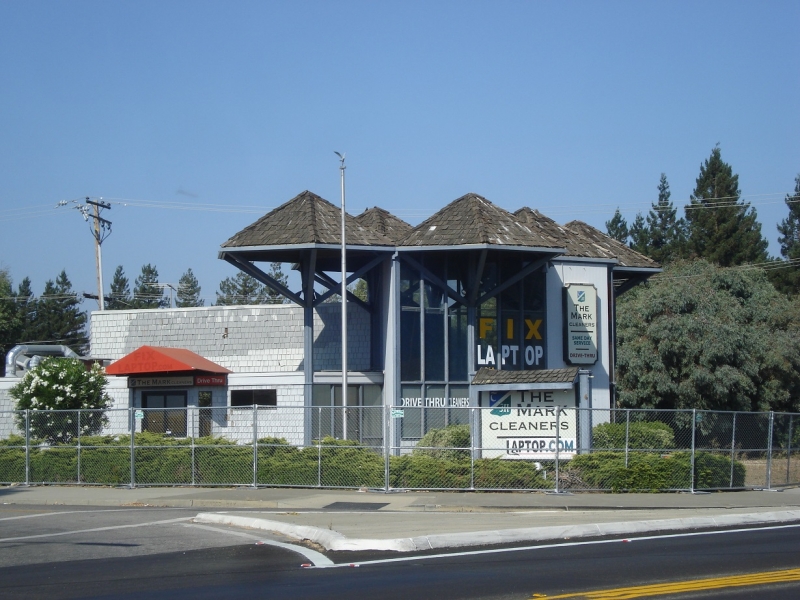 Image: One of only three remaining original Four'n 20 Restaurant buildings, this Kooser Road structure may be about to make way for new retail stores and condominiums. The restaurant once seated up to 50 customers, and the drive-up window (under the red canopy) sold pies to drive-up customers.

My Google search on the restaurant chain quickly led me to Los Angeles, where two of the restaurants are still in operation. I was able to connect with the co-owner David Burkin. Burkin began working for the original owner in 1975, managing the four Los Angeles locations (Encino, Northridge, Sherman Oaks, and Valley Village). The owner eventually began selling off the restaurants, and in 1979 David Burkin and his business partner Michael O’Donnell purchased the remaining two (Sherman Oaks and Valley Village). 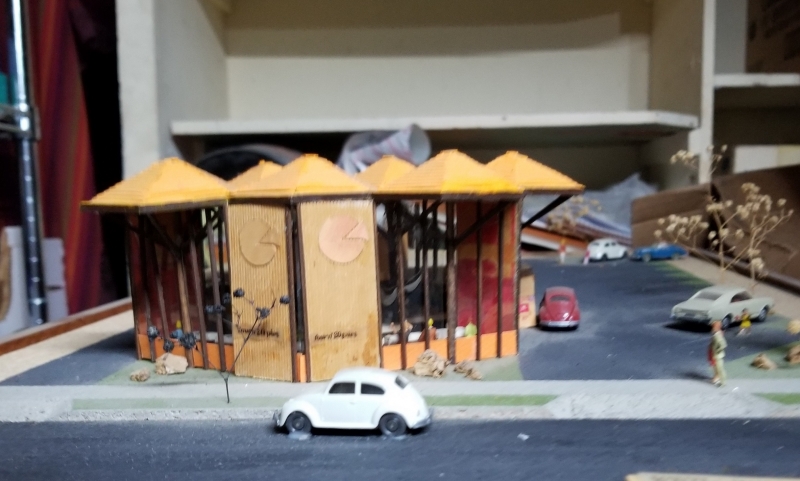 Image: This is an original model of the Four'n 20 Restaurant and Pie Shop building, designed by Nyber and Bissner in the late 1960s. Nine buildings were built between 1969-71; four in the Los Angeles area, two in San Jose, and three in New York. Photo courtesy of David Burkin.

Image: Logo and nameplate of Nyberg and Bissner Associates. John Nyberg and Harold Bissner, Jr. opened an architectural firm in the early 1950s. For over 30 years the award-winning partners designed a great number of buildings and homes. Photo courtesy of David Burkin.

I learned from David that the chain had been created by United Fruit Company in 1969, and was overseen by its Baskin-Robbins division. There were four restaurants in Los Angeles, two in San Jose, and three in New York (two in Queens, one on Long Island). The parent company apparently had some problems in the early 1970s, and decided to sell off the chain about 1974. 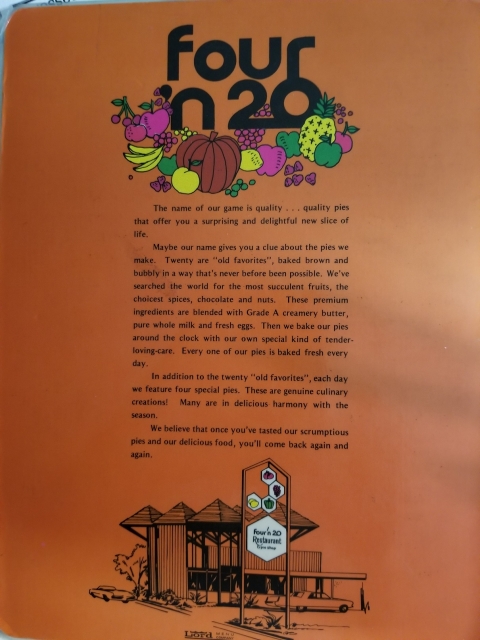 Image: This is the back of the original menu. The early 1970s restaurants served pie for .50 to .60 cents a slice, and had a limited menu of soup, sandwiches, hamburgers, and salads. Photo courtesy of David Burkin. 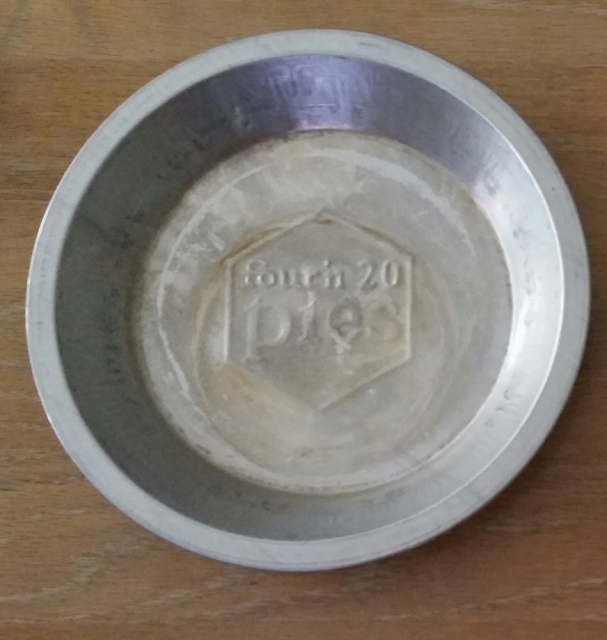 Image: An original pie tin. The original restaurants served twenty standard pies, along with four specialties that varied with the season (in keeping with the name Four'n 20). Seasonal favorites included pumpkin and mincemeat. Standard favorites included an assortment of fruit pies, as well as a richer selection which included black-bottom (chocolate cream/vanilla custard), banana fudge, and butter pecan. Photo courtesy of David Burkin.

I received the following response to this blog post from architect Harold Bissner's son:

My father met Burton Baskin and Irvine Robbins about 1966 as they sought to expand their franchised outlets nationwide exponentially at the threshold of many such companies seeking to go, or further expand their national footprints emulating Ray Kroc.

My father and John [Nyberg] were noted Pasadena Architects for their expertise and innovations in frozen food production facilities and other such food processing plants as well as a strong background in restaurant designs dating to my grandfathers association here in SoCal with L.L.Frank (Lawry's) and Ted Van de Kamp who were Brothers in Law through their wives who were sisters. Harold and John did very little as to store design.

"Butch" Baskin died unexpectedly at age 55 in 1967. Irv was the creative head while Butch was the business guy. Irv was devastated and asked my dad if he knew a someone who could come on board. Fortuitously my fathers best friend Bob Hudecek, who was a senior VP at Van de Kamp's, had just been fired in a dispute of egos with a newly appointed president promoted internally.

Bob came on and really made the things happen in concert with my dad; expansion of the ice cream venues succeeded remarkably, modernization of existing production facilities nationwide was perfected, production rights were bought back from OEM's, additional venues were explored which led to, among other things, Four 'n Twenty and profits soared.

As I was given a narration many years ago, United Fruits became United Brands which was then listed for public trading. I believe they then dictated that the pie shops be spun off as a low performance unit though they had not been given enough time to develop the brand. Sans the underwriting the venture withered. Rotten shame. Baskin-Robbins was then absorbed by Allied Brewery/Lions International. Now Domeque.

Further research in the California Room: