Looking Back: One Hundred Years of Schurra’s Candy

Schurra's in the 1930s.  Photo courtesy of Schurra's Fine Confections

Back in the 1980s (not so long ago), I had a girlfriend who lived on Sunol Street.  One end of the street meets The Alameda, and right on the southeast corner was Schurra’s Candy Factory.  Walking passed the store at night, we’d put our noses near the narrow crack between the double doors near the back of the building where they made the candy.  Pure heaven. We felt like Charlie Bucket standing outside the gates of Willie Wonka’s chocolate factory.  Before moving next door to the present location, you could often watch women making confections in the front corner window that was referred to as the Sunshine Candy Kitchen.

The story of Schurras Candy Factory begins in 1881, the year that Alphonse and Anna Schurra emigrated from France to the United States.  Nine years later, on March 26, 1890, they gave birth to their third child Albert in the state of Washington.

In 1912, at the age of twenty-two, Albert opened a candy store in Stockton, the first of many that he would open throughout Northern California.  Albert married his first wife Cecil about this time, and had their only child Margaret who would later help run the candy counters.  Albert’s older brother Justin was also in the candy business, operating The Alameda Confectionary at 1457 The Alameda from about 1925–1932.  The store was located near the northwest corner of Hester Street and The Alameda, on property currently occupied by Alameda Shell gas station.  He and his wife Bessie later ran a store for several years on Murphy Avenue in Sunnyvale.

Albert Schurra opened his San Jose location in 1936 when he took over space from a plumbing business at 848 The Alameda.  He made candy there until selling the business to John Smith in 1942.  Smith also had a shop at 205 South Second Street.  In 1946, Smith sold the candy business to Henry and Gayle Viehweger.  The Viehweger’s continued to run Schurra’s Candy Factory for thirty-seven years until selling the business to Bill Mundy in 1983.  Bill ran the store for many years with the help of his wife Marifan and his son Brian.  Renting at the original location on the corner, the Mundy’s had the opportunity to purchase the adjoining building at 840, where they have been operating since 1999.

A veteran of both world wars, Albert later retired in San Jose, living the last few years of his life in Reno, Nevada with his second wife, Alice.  He died in Reno in 1978.  Bill Mundy passed away in 2010.  The business is now run by Bill’s son Brian, who took over operation of the store in 2005. 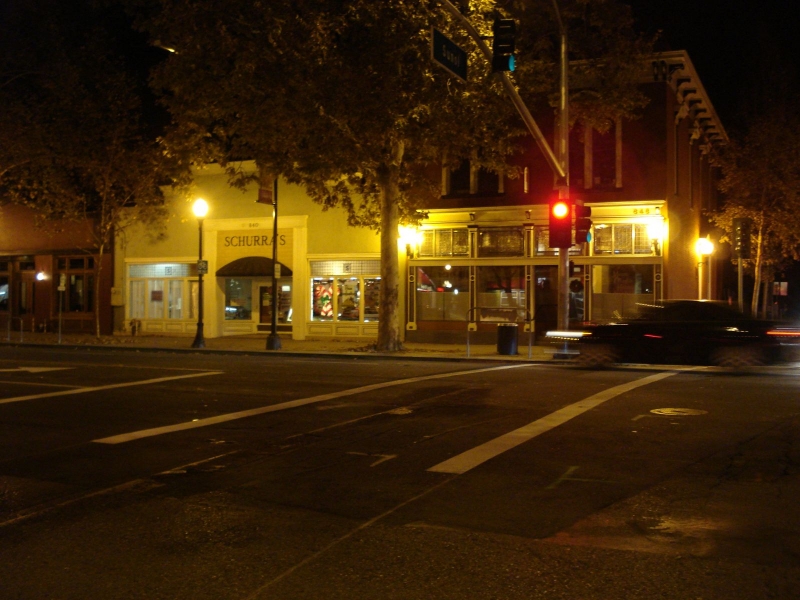