Looking Back: A Mansion of a Native Son 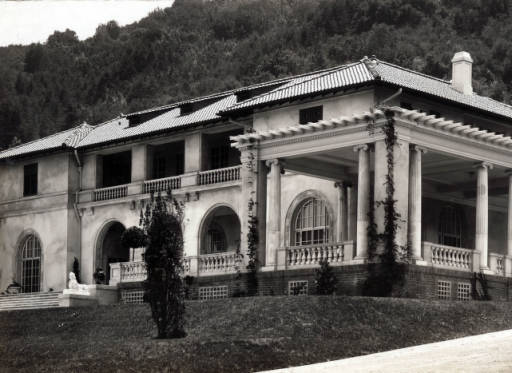 Villa Montalvo is the former residence of California businessman and politician James Duval Phelan. Taken between 1915-1902, this photo illustrates the estate's grandeur, but also how little it has changed since its construction. Construction of this Mediterranean style mansion began in 1912, before James Phelan became the first popularly elected Senator from California. A prominant member of the fraternal organization, The Native Sons of the Golden West, Phelan's rise in politics came in part from his successful leadership as a progressive Mayor of San Francisco (in office Jan 4, 1897 - Jan, 7 1902). His reputation as a polititian assured his participation in the Committee of Fifty, an extra-legal organization assembled by then Mayor of San Francisco, Eugene Schmitz, to help manage the extreme crisis after the 1906 San Francisco earthquake and subsequent fire that destroyed much of the city.

A decade after leaving the Mayoral office in San Francisco, Phelan purchased 160 acres in the foothills of Saratoga to build his sprawling estate.  In the photo you can see the front and side terraces with dramatic colonnades as well as the beginnings of extensive gardens that would cover large areas of the property. After fulfilling his term as California's first popularly elected Senator, Phelan returned to banking and collecting art at his country estate. James D. Phelan passed away at Villa Montalvo in 1930. He is now buried in the family mausoleum in Holy Cross Cemetery in the city of Colma, San Mateo County. 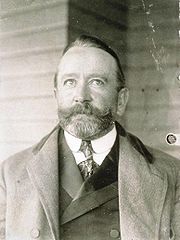 Today, Villa Montalvo has been transformed into the Montalvo Arts Center, a private non-profit arts center maintained in partnership with Santa Clara County. In fact, the Montalvo Arts Center's mission can be seen as inline with the dying Phelan's wishes, as he then bequeathed the property for public use. Phelan was explicit in his bequest, stating:

"I would like the property of Saratoga, California, known as Villa Montalvo, to be maintained as a public park open under reasonable restrictions, the buildings and grounds immediately surrounding the same to be used as far as possible for the development of art, literature, music, and architecture by promising students."

It seems that his wishes have been fulfilled.