Looking Back: The Great Earthquake of 1906 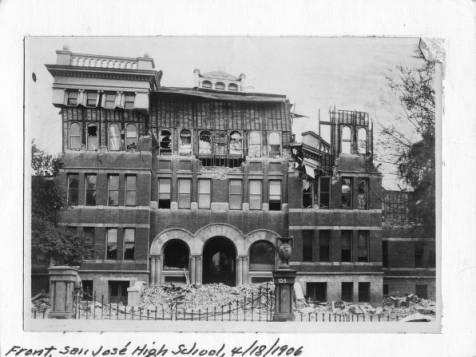 This month we are looking back at the aftermath of the 1906 earthquake in the City of San José. While the greatest casualties in the county were at Agnews State Hospital, the City of San José saw a great deal of destruction and loss of life that has largely been overshadowed by San Francisco's destruction. Overall, the city suffered $3,000,000 in property damage and lost 16 lives on that April 18th morning. How the city came through the disaster however, is this story's true significance. 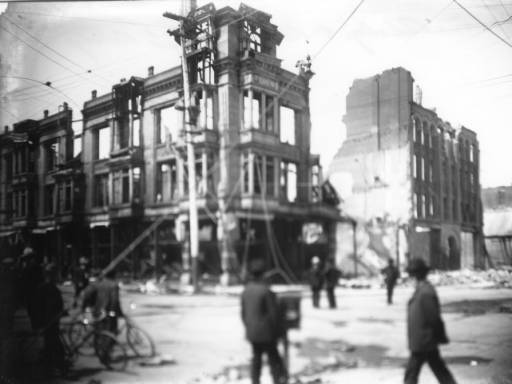 Like San Francisco’s experience in the 1906 earthquake, San José’s suffering was heightened by fires sparked by the shaking. The area which received the greatest damage by fire was the block on Second Street and San Fernando. The fire began in the three-story Martin building and quickly spread to the Dougherty, Phelan, and Leiber buildings. The photo on the left shows the damage to the Dougherty building and neighboring structures. Thankfully, the San José Fire Department was quick to recover from the damage they suffered. The fire at Second and San Fernando was subdued by nightfall, with little more left than a pile of smoldering rubble. With no shortage of water like in San Francisco, the department saved the rest of downtown from the spreading flames. While the firestorms in San Francisco consumed whole city blocks, those fires in San José were contained to small areas and single buildings. 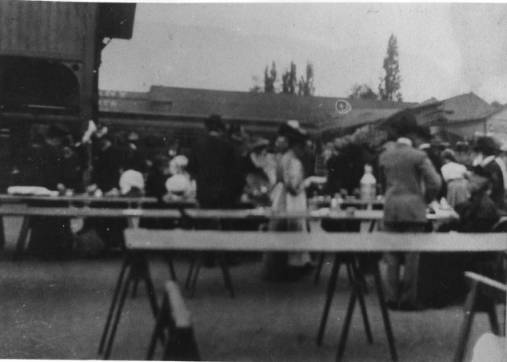 Unlike San Francisco, San José regained its footing rather quickly with the establishment of organized relief and a positive outlook. Within a week, the San José Mercury-Herald published headlines like: "An Optimistic View," "The Earthquake Did Comparatively Little Damage," and "What the Earthquake Didn’t Do." City-wide damage was significant, but not irreparable. In many cases the damage was simply cracked and crumbled chimneys and foundations. "Relief committees" were also very active distributing funds and aid to those in need. The committee chaired by R. W. Hearsy , documented in the California Room's clipping files, continued to help those in need months after the quake. Critical to the recovery, the San José Mercury News reported in 1996, was the fact that San José was an agricultural city, not the industrial colossus on the peninsula like San Francisco. Happening in mid April, the quake disrupted little in the city’s growing and canning industry, leaving any damage plenty of time to be repaired before the next harvest season.