Looking Back: Fill 'er Up! Our Remaining Pre-war Service Stations 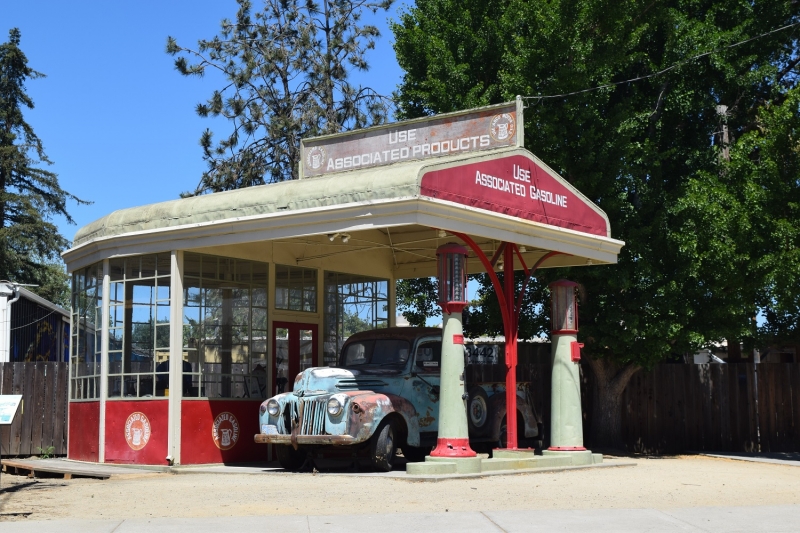 Image:  This 1927 Associated Gasoline station stood on the corner of Market and Julian Streets . After being slated for demolition in 1978, History San Jose arranged for its relocation to History Park. Photo ©Ralph M. Pearce.

Service stations have evolved quite a bit over time. I can remember when gas would always be pumped by a uniformed attendant. They’d usually wash your windows while you waited, check under the hood (oil and water) if you wanted, and make a little small talk if they knew you. Often times they’d give you promotional items like dishware with so many gallons of gas. I can recall gas being 32 cents a gallon, though it had gone up to over a dollar by the time I was driving in the early 1980s.

Image:  Clinton Gilliam was the first owner this service station built at 301 E. Julian Street in 1929 . Located on the corner of 7th and Julian Streets, station currently stands behind a cyclone enclosure. Photos ©Ralph M. Pearce.

The pre-war service stations were designed differently from post-war stations. They were smaller, often with the repair shop detached from the office and gas pumps. I decided to see how many of these pre-war stations I could find remaining in our city. I didn’t find many. Besides the beautiful old station that was moved to History Park, I found three on Julian Street, two on Jackson Street in Japantown, one on Park Avenue near the Rose Garden, and one on the northeast corner of E. San Carlos and 11th Streets. Of these, only one is still providing automotive repair, though no longer offers gasoline. 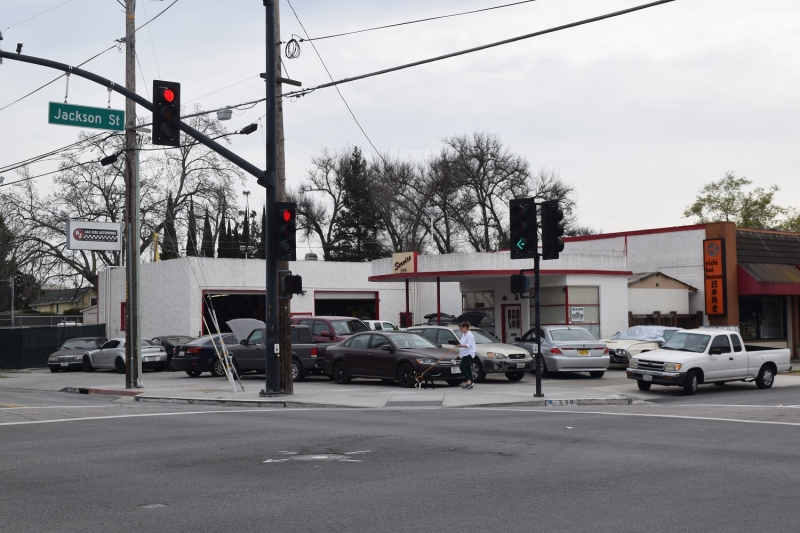 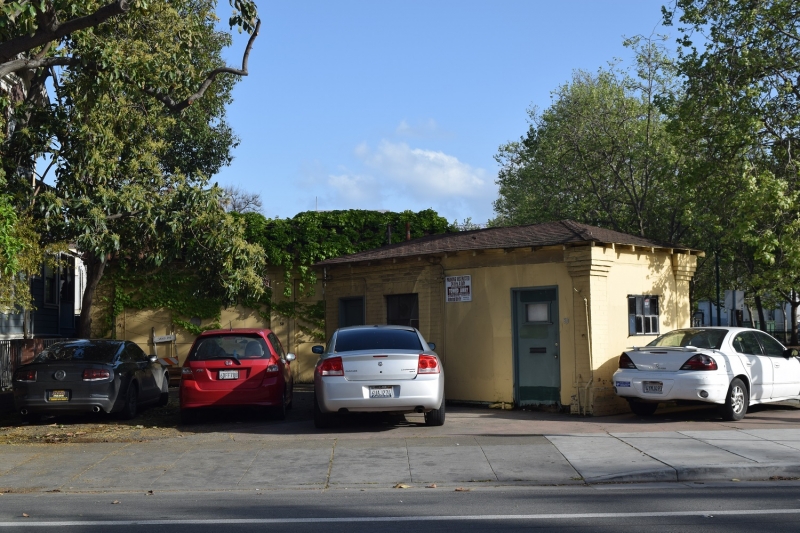 Image:  The buildings on the southeast corner of 2nd and Julian Streets opened as Frank McDonald's service station in 1933. Originally the office roof extended out to the pumps which stood near the corner. Photo ©Ralph M. Pearce. 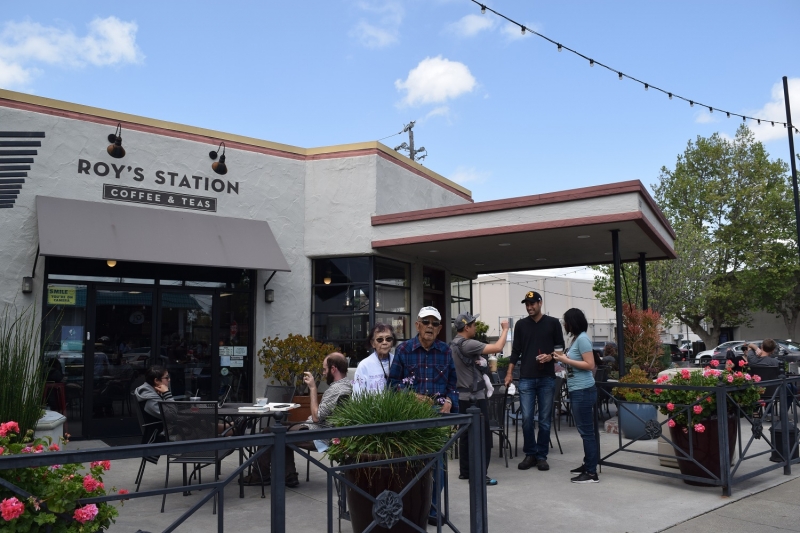 Image:  Another Japantown service station still stands on the corner of 5th and Jackson Streets. It opened in 1938 as Bill & Doug's (Bill Yasukawa and Bill Omori). After the war it was purchased by the Murotsune family, and was run by Roy Murotsune (center of photo in white hat) until he retired in 1990. The building was eventually converted and since 2009 has been operated as Roy's Station Coffee & Teas. Photo ©Ralph M. Pearce. 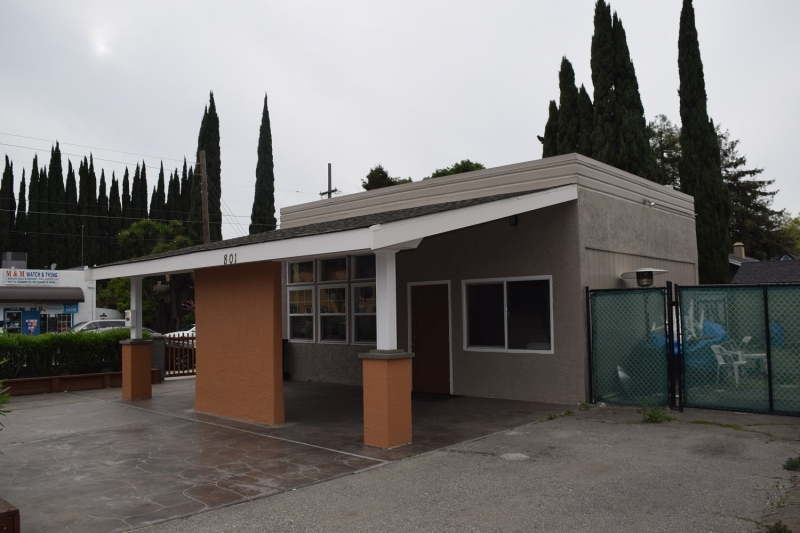 Image:  This former service station stands on the corner of 17th and Julian Streets. Opened as a service station by Charles Cusimano in 1940, it housed a restaurant as recently as 2010. Photo ©Ralph M. Pearce. 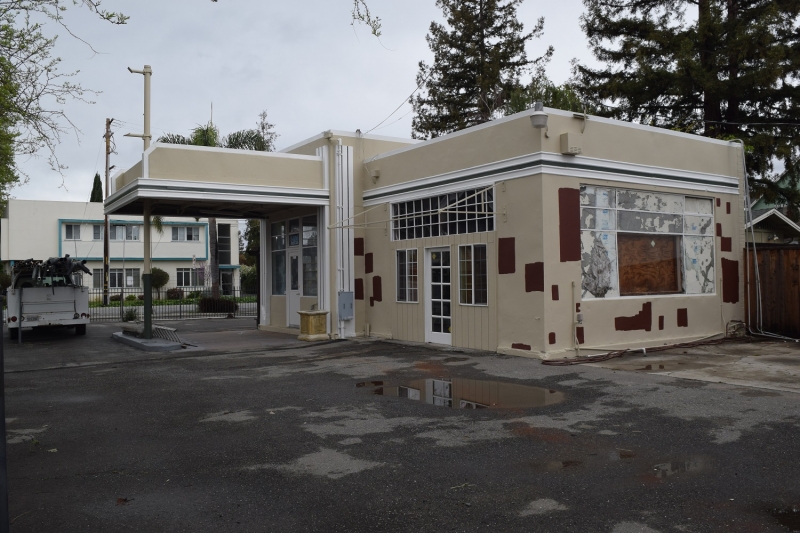 Another pre-war service station was located at 505 E. San Carlos. It was built by General Petroleum Corporation about 1936. Near the corner is the brick office where the gas pumps were located (now House of Bagels), and a matching brick building next door was the garage used for car repair (now Naglee Park Garage restaurant). Do you know of any other pre-war service stations? If you do, please write and let us know!