Looking Back: Almaden Road: On the Trail of Indians, Stagecoaches, and Confederate Raiders 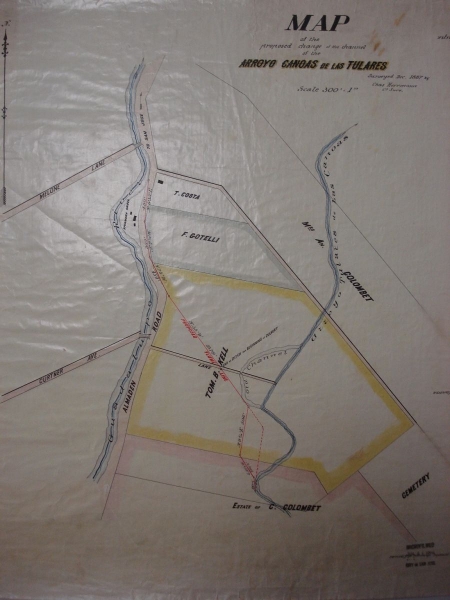 “A road pounded out by the bare feet of Indians before the white man came still stretches south from San Jose into the rolling brush covered hills, the bare earth paved with asphalt.”  So wrote local historian Patricia Loomis in her introduction to a piece on Almaden Road, “…one of the oldest of the area roads whose route remains basically the same after more than two centuries.”   While much of Almaden Road was replaced by the much wider  Almaden Expressway in about 1960, there still exists a number of disconnected segments of the old road that were spared.

One segment branches off from the expressway just south of Alma Avenune and snakes along near the Guadalupe River passed Willow Glen Way, Malone Road, and Curtner Avenue, then crosses Almaden Expressway, makes a sharp right, then dead ends near the Meadowbrook Apartments.  Another portion snakes around behind some apartments and the Lincoln Glen Shopping Center to connect with Capitol Expressway.  Other remnants lie further south and then the original road eventually branches off the expressway to complete the old destination of the New Almaden Mine.

The road was once a stage route, with stops at Sycamore Grove (just south of Malone Road), the Five Mile House (aka Robertsville at Branham Lane), Martin House at Kooser Road, Half Way House, Eight Mile House, and the Last Chance up near the edge of the company-owned mining town.  There was plenty of excitement along this road in the old days; in fact the San Jose Mercury for July 21, 1861 reports the story of a group of men who were attempting to rob the New Almaden stage.  They revealed themselves as Confederate guerillas looking to form and equip a Confederate military company to join the war in the east.  Their plot had been discovered and a shoot-out took place not far from Malone Road between the Rebels and local authorities.  The local authorities prevailed. 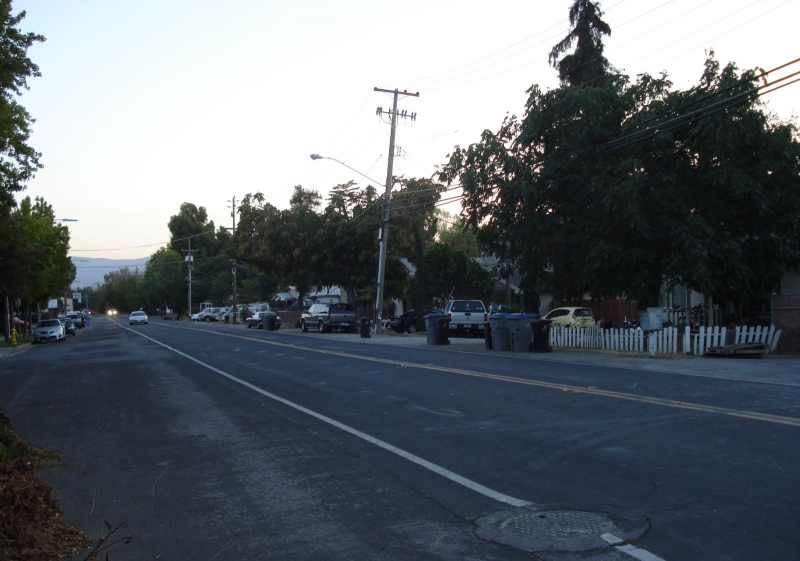 Photo:  Looking south down Almaden Road between Willow Glen Way and Malone Road.  Just south of Malone Road is the old Sycamore Grove site and the intersection with Canoas Garden Road.  Canaoas Garden Road was once named Cemetery Road, as it led straight to a part of Thomas Kell’s property in the San Juan Bautista Hills where the Holy Cross Cemetery resided (he donated that parcel of his property to the Catholic Church). The road was bisected by the creation of the Almaden Expressway.