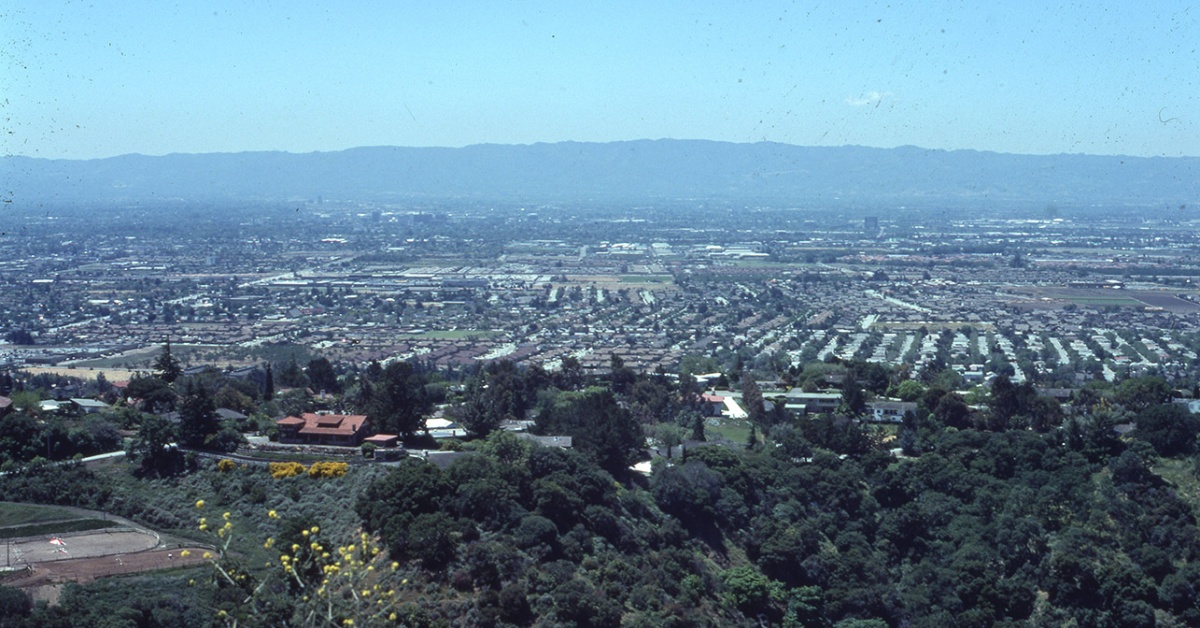 Many are unaware that prior to the 1950’s most of San José’s East Side was uninterrupted farmland stretching towards the foothills. Its residents, mostly migrant agricultural workers, lived in a patchwork of rural barrios without sewers, sidewalks or streetlights. 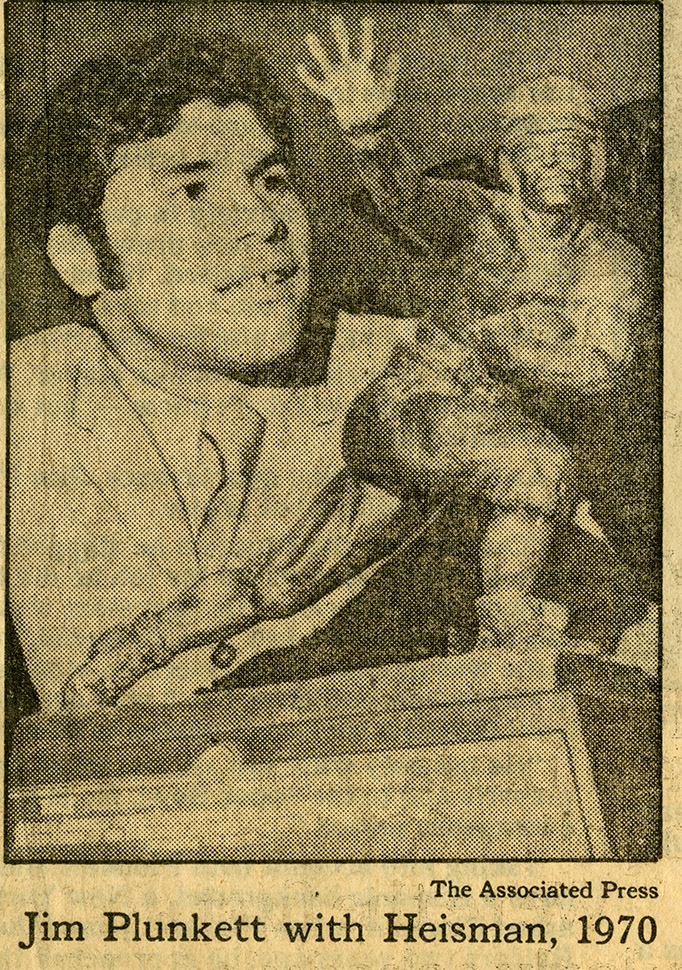 With the return of football and the arrival of National Hispanic Heritage Month, it's fitting to being this blog series with an entry on the legendary Jim Plunkett.

Plunkett grew up on the East Side, where he attended William C. Overfelt High School before transferring to James Lick High School his junior year. During high school Plunkett competed in football, basketball, baseball, track, and wresting. In his senior year he led his football team in an undefeated season. He graduated in 1966.

In 1967, during his freshman year at Stanford, Plunkett suffered a health issue that caused him to be moved from the quarterback position to the defensive line. Plunkett regained his quarterback position during his sophomore year, throwing 2,156 yards and 14 touchdowns. In his junior year at Stanford he threw and impressive 2,673 yards and 20 touchdowns. In his senior year he threw 2,715 yards and 19 touchdowns, helping Stanford win the Pac-8 title. That same year Plunkett won the Heisman trophy, with one of the widest margins in votes. 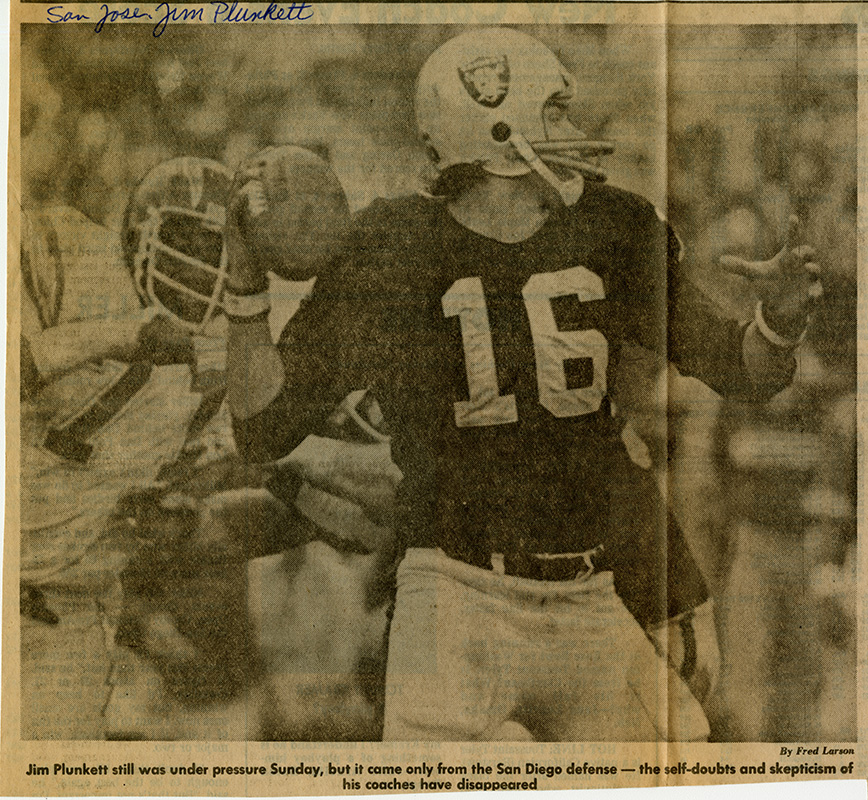 Photo from January 13, 1981 article "Jim Plunkett: All the Doubts Are Gone Now"

After college, Plunkett entered the 1971 NFL draft as the number one overall draft pick, and was selected by the New England Patriots. In 1976 Plunkett returned to the Bay Area when he was traded to the San Francisco 49ers; he played for them for two years and started in 26 games.

In 1978, Plunkett signed with the Oakland (now Las Vegas) Raiders. Where he played for 10 seasons, leading them to two Super Bowl titles (XV and XVII), and winning the Super Bowl XV’s Most Valuable Player.

Jim Plunkett was the first minority quarterback to win a Super Bowl title and remains the only Hispanic to ever be named the Super Bowl’s Most Valuable Player. He is an East Side San José legend! 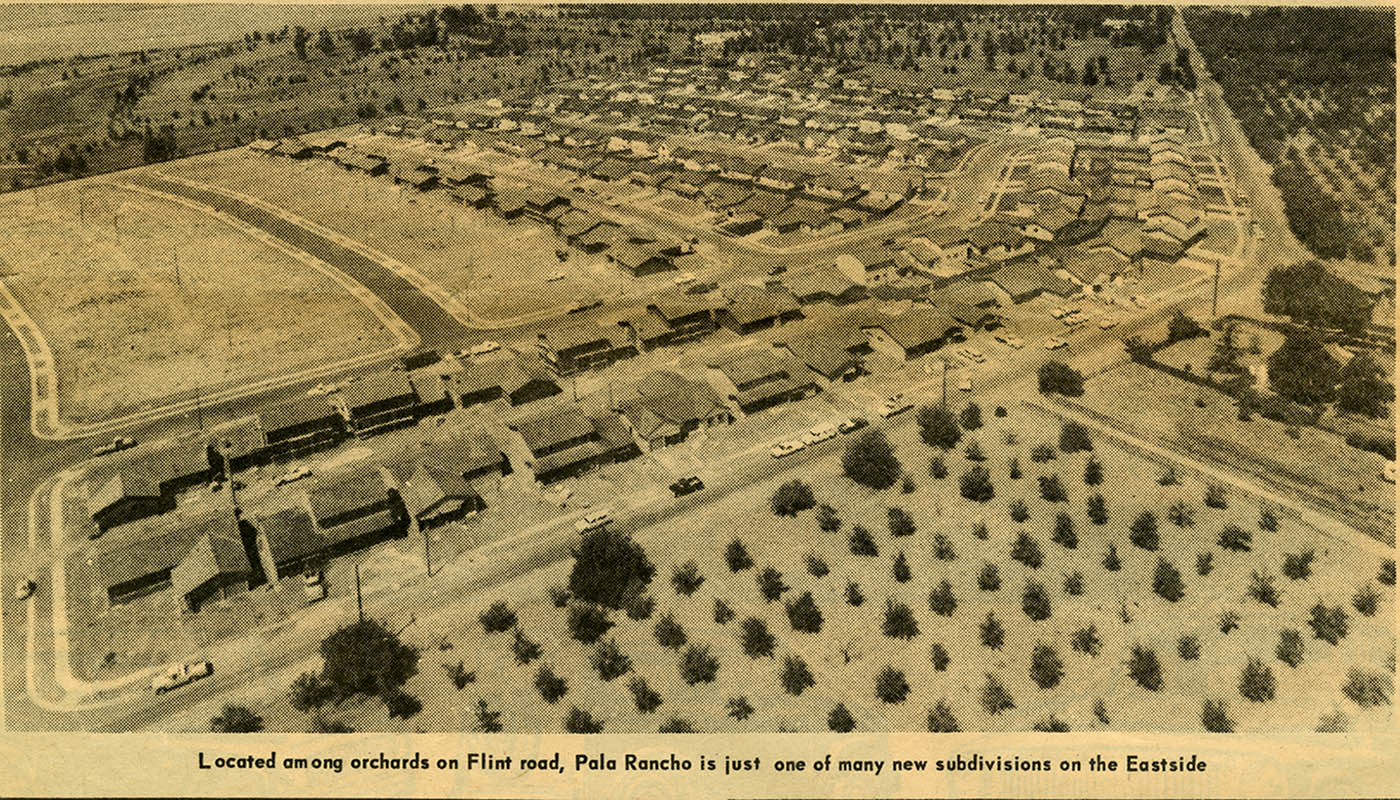 Please join us again for East Side Revelations – Part 2, where we’ll shine the spotlight on another East Side legend.

Your Comment
James lick should rename their football field after jim plunkett.