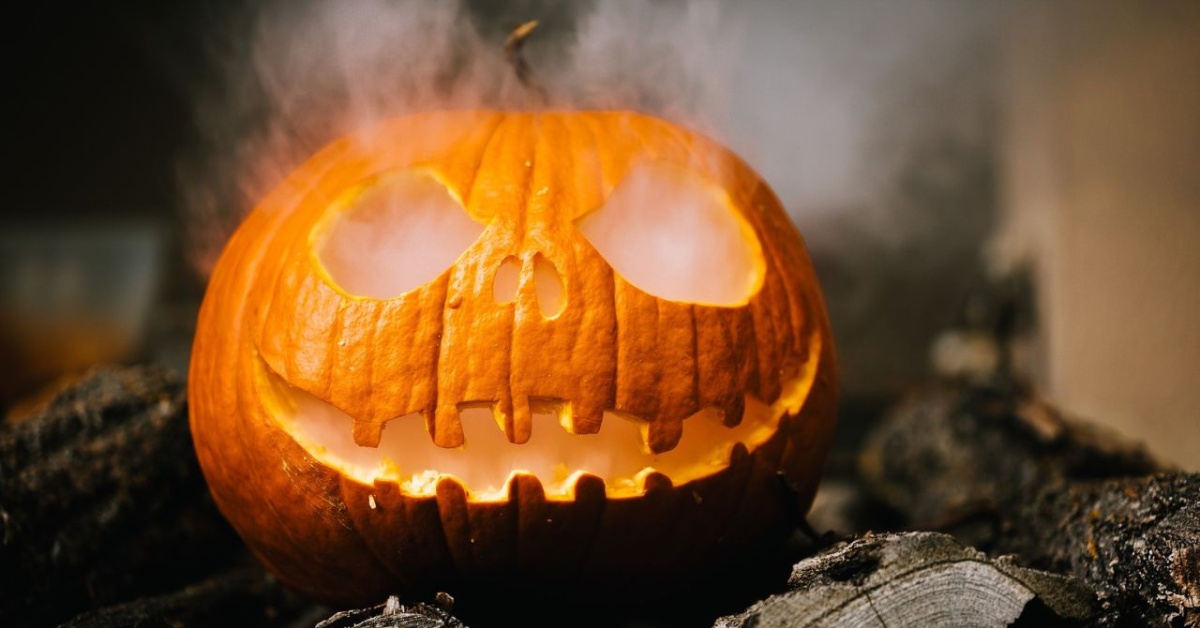 Well Spooky Season is here once again and I love ALL things Halloween!

The scarier the better!

I want to go to all of the scary cornfield mazes and haunted houses I can find.

I want to binge watch all of the scary movies I can stomach, but most of all I want to curl up in bed and read a spooky Halloween book.

This year I've compiled a list of new young adult books perfect for this spooky season.

Some of these books look like they would be nightmare inducing just from the covers! 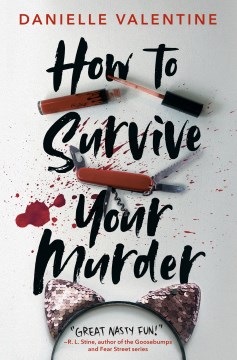 How to Survive Your Murder Danielle Valentine

Alice Lawrence is the sole witness in her sister’s murder trial.

And in the year since Claire’s death, Alice’s life has completely fallen apart. Her parents have gotten divorced, she’s moved into an apartment that smells like bologna, and she is being forced to face her sister’s killer and a courtroom full of people who doubt what she saw in the corn maze a year prior.

Claire was an all-American girl, beautiful and bubbly, and a theater star. Alice was a nerd who dreamed of becoming a forensic pathologist and would rather stay at home to watch her favorite horror movies than party. Despite their differences, they were bonded by sisterhood and were each other’s best friends.

Until Claire was taken away from her.

On the first day of the murder trial, as Alice prepares to give her testimony, she is knocked out by a Sidney Prescott look-alike in the courthouse bathroom. When she wakes up, it is Halloween morning a year earlier, the same day Claire was murdered. Alice has until midnight to save her sister and find the real killer before he claims another victim. 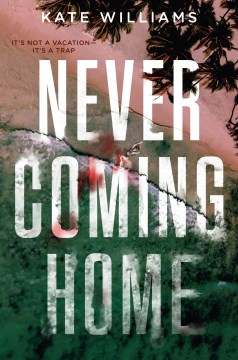 Everyone knows Unknown Island—it’s the world’s most exclusive destination. Think white sand beaches, turquoise seas, and luxury accommodations. Plus, it’s invite only, no one over twenty-one allowed, and it’s absolutely free. Who wouldn’t want to go?

After launching with a showstopping viral marketing campaign, the whole world is watching as the mysterious resort opens its doors to the First Ten, the ten elite influencers specifically chosen to be the first to experience everything Unknown Island has to offer. You know them. There’s the gamer, the beauty blogger, the rich girl, the superstar, the junior politician, the environmentalist, the DJ, the CEO, the chef, and the athlete.

What they don’t know is that they weren’t invited to Unknown Island for their following—they were invited for their secrets. Everyone is hiding a deadly one, and it looks like someone’s decided it’s payback time. Unknown Island isn’t a vacation, it’s a trap. And it’s beginning to look like the First Ten—no matter how influential—are never coming home. 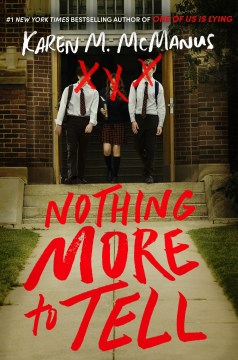 Be sure to keep your friends close . . . and your secrets closer.

Four years ago, Brynn left Saint Ambrose School following the shocking murder of her favorite teacher—a story that made headlines after the teacher’s body was found by three Saint Ambrose students in the woods behind their school. The case was never solved. Now that Brynn is moving home and starting her dream internship at a true-crime show, she’s determined to find out what really happened.

The kids who found Mr. Larkin are her way in, and her ex–best friend, Tripp Talbot, was one of them. Without his account of events, the other two kids might have gone down for Mr. Larkin’s murder. They've never forgotten what Tripp did for them that day. Just like he hasn’t forgotten that everything he told the police was a lie.

Digging into the past is bound to shake up the present, and as Brynn begins to investigate what happened in the woods that day, she begins to uncover secrets that might change everything—about Saint Ambrose, about Mr. Larkin, and about her ex-best friend, Tripp Talbot. 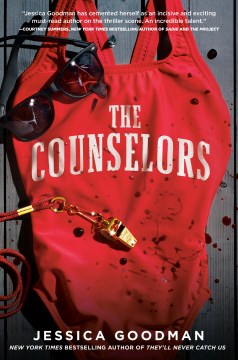 That’s how Goldie and her best friends, Ava and Imogen, define their friendship, which formed years ago at Camp Alpine Lake.

This year, Goldie is back at camp as a counselor, desperate for summer to start and for Ava and Imo to arrive. With the dark secret Goldie’s been keeping, she’s more in need of their comfort than ever. When the boy who broke Goldie's heart, turns up dead in the lake, this last summer before college is completely upended—and Goldie learns that she’s not the only person at camp who has been lying. Asking questions offers Goldie no answers, only danger and betrayals deeper than she ever imagined. 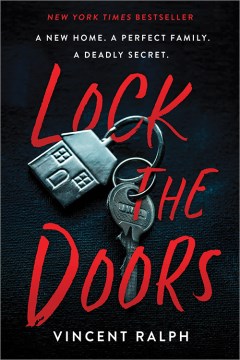 Tom's family have moved into their dream home. But pretty soon he starts to notice that something is very wrong - there are strange messages written on the wall and locks on the bedroom doors. On the OUTSIDE.

The previous owners have moved just across the road and they seem like the perfect family. Their daughter Amy is beautiful and enigmatic but Tom is sure she's got something to hide. And he isn't going to stop until he finds the truth behind those locked doors. . .

Will their dream home become a nightmare? 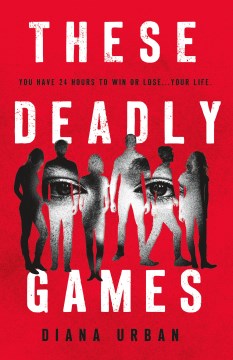 When Crystal Donavan gets a message on a mysterious app with a video of her little sister gagged and bound, she agrees to play the kidnapper’s game. At first, they make her complete bizarre tasks: steal a test and stuff it in a locker, bake brownies, make a prank call.

But then Crystal realizes each task is meant to hurt—and kill—her friends, one by one. But if she refuses to play, the kidnapper will kill her sister. Is someone trying to take her team out of the running for a gaming tournament? Or have they uncovered a secret from their past, and wants them to pay for what they did…

As Crystal makes the impossible choices between her friends and her sister, she must uncover the truth and find a way to outplay the kidnapper… before it’s too late. 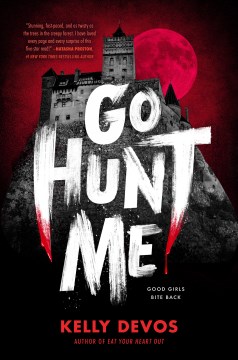 Alex Rush is ready for the trip of a lifetime.

She and her friends have made some creepily awesome films together throughout high school, so with only a few months left before they go their separate ways for college, they’re determined to make the best one yet: an epic short film that reimagines the story of Dracula, filmed on location at a remote castle in Romania.

But when they get there, it’s not quite the majestic setting they planned for. Menacing weapons line the walls, the twisted halls are easy to get lost in, and with no connection to the outside world, the group is unexpectedly off the grid. After just a few hours spent under its roof, Alex and her friends have no trouble imagining how this dark, terrifying castle inspired one of the most enduring horror novels of all time.

Only soon they no longer have to use their imaginations to understand the location’s terrifying history—just as they get the film’s first shot rolling, one of Alex’s friends disappears, and she’s nearly certain she saw a cloaked stranger lurking in the shadows. As more members of the group begin to meet an untimely demise, Alex is desperate to stop the bloodshed, even if it means facing a monster she never thought would be let loose. 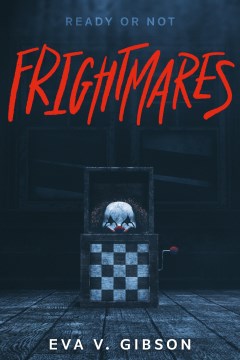 In a Florida tourist trap, a summer acting job turns into a real-life horror show when a cast member turns up dead—then disappears. This nail-biting story is perfect for fans of Fear Street!

Dave is spending his final summer before college working at Frightmares House of Horrors, a struggling haunted house attraction held together by malfunctioning killer clown mannequins, a cheap replica Annabelle doll, and a lot of improvising.

After a particularly disastrous shift ends in an employee walkout, Dave reluctantly takes over a role for his friend, however, he makes a horrifying discovery—a real dead body, hidden on set. But when Dave returns with help, the body is gone.

Though the killer covered their tracks, Dave realizes they must know what he saw. Could he be their next target? 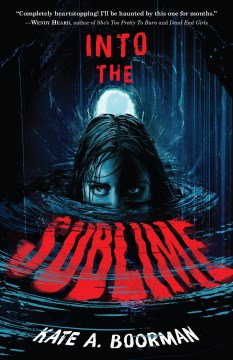 Into the Sublime Kate A. Boorman

When the cops arrive, only a few things are clear:
- Four girls entered a dangerous cave.
- Three of them came out alive.
- Two of them were rushed to the hospital.
- And one is soaked in blood and ready to talk.

Amelie Desmarais' story begins believably enough: Four girls from a now-defunct thrill-seeking group planned an epic adventure to find a lake that Colorado locals call "The Sublime." Legend has it that the lake has the power to change things for those who risk—and survive—its cavernous depths. They each had their reasons for going. For Amelie, it was a promise kept to her beloved cousin, who recently suffered a tragic accident during one of the group’s dares.

But as her account unwinds, and the girls’ personalities and motives are drawn, things get complicated. Amelie is hardly the thrill-seeking type, and it appears she’s not the only one with the ability to deceive. Worse yet, Amelie is covered in someone's blood, but whose exactly? And where's the fourth girl?

Is Amelie spinning a tale to cover her guilt? Or was something inexplicable waiting for the girls down there? Amelie's the only one with answers, and she's insisting on an explanation that is more horror-fantasy than reality. Maybe the truth lies somewhere in between?

After all, strange things inhabit dark places. And sometimes we bring the dark with us.