Fangirls Unleashed: YA Books Inspired by Alice in Wonderland 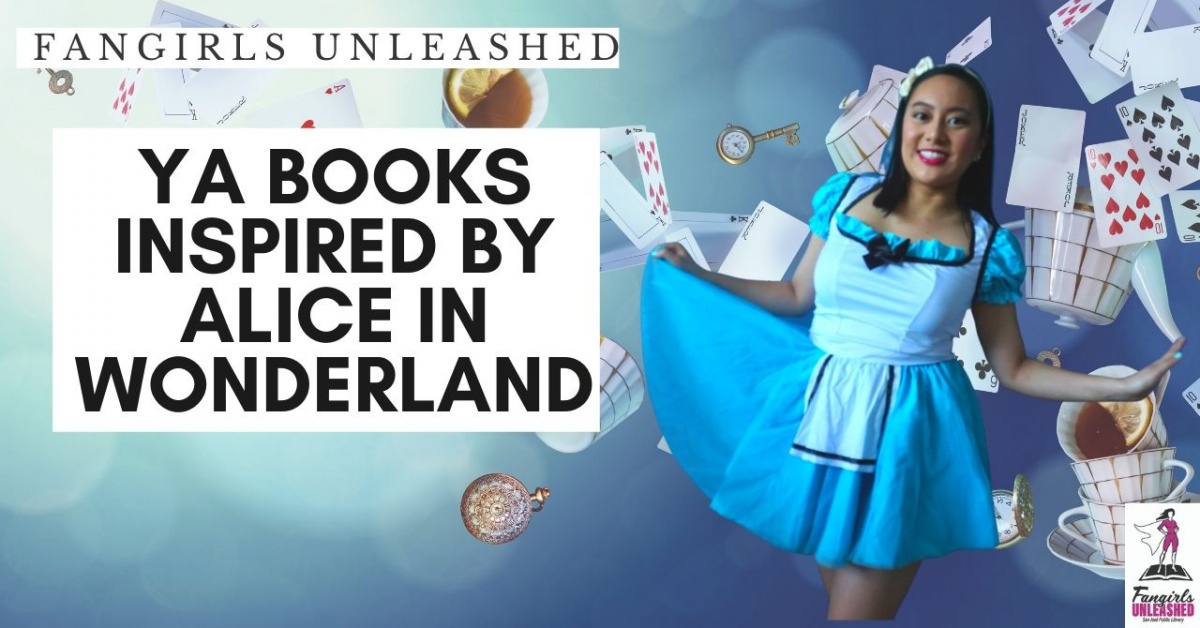 Welcome to another Fangirls Unleashed blog!

Today I'll be highlighting my top Young Adult books inspired by Alice in Wonderland. This is one of my favorite stories and I love the whimsical elements in it. The books that I'll be showcasing has all of your favorite Wonderland characters, but with a twist. There's an Alice that is a zombie slayer and there's an origin story of the Queen of Hearts that will reveal the meaning behind "Off with their heads!"

If you're Mad about Alice in Wonderland, then let's fall down the rabbit hole with these amazing books. Hurry up, we're late! 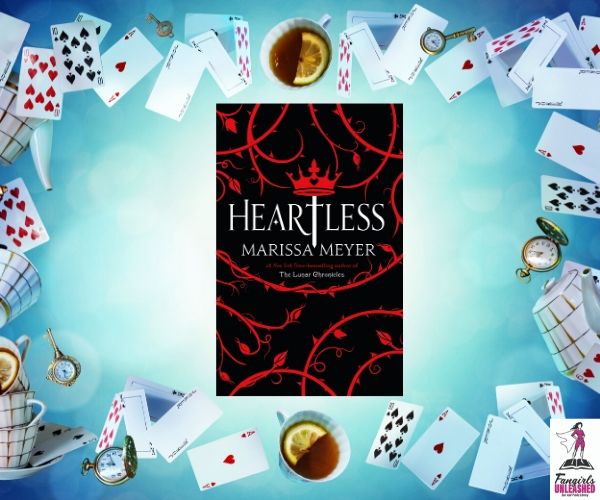 The first book I'm highlighting is Heartless by Marissa Meyer. This is my favorite book out of this list for it's dark undertones. Heartless is a unique take in that Meyer has created her own version of the origin story of the Queen of Hearts.

Cath was just a girl who dreamed of owning her own bakery. From there she befriended Jest, the court jester and my personal favorite character in this book. But she has caught the eye of the King of Hearts. And he is not a kind person.

From there a series of heart-breaking events follows, with the reader realizing the true meaning behind the Queen of Heart's infamous line "OFF WITH THEIR HEADS!" 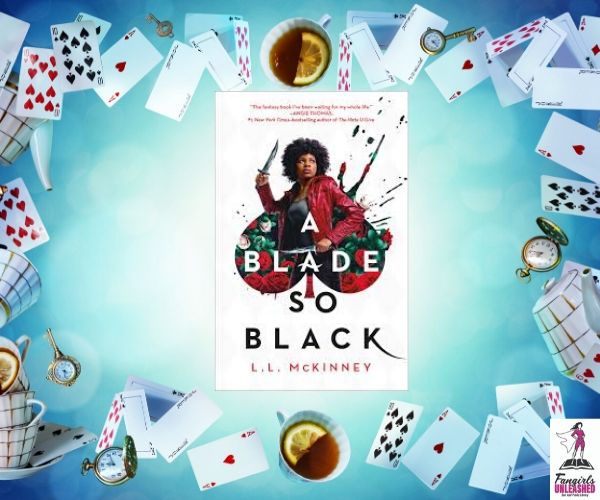 A Blade So Black by L.L. McKinney

Next up is A Blade So Black by L.L. McKinney. This isn't your ordinary Alice. This is a Black Alice from Atlanta who fights off creatures called Nightmares in the dreamworld called Wonderland. But it's kind of hard to do good when you've got a curfew and your overprotective mother is hounding you to keep your grades up.

I absolutely LOVE the fact that this Alice is diverse. McKinney flipped the script on the traditional Alice in Wonderland story and updated it for today's times. She also has created my favorite character in her book, which is the Mad Hatter. But this is not your scatter-brained Hatter. This Hatter is buff and covered in tattoos. 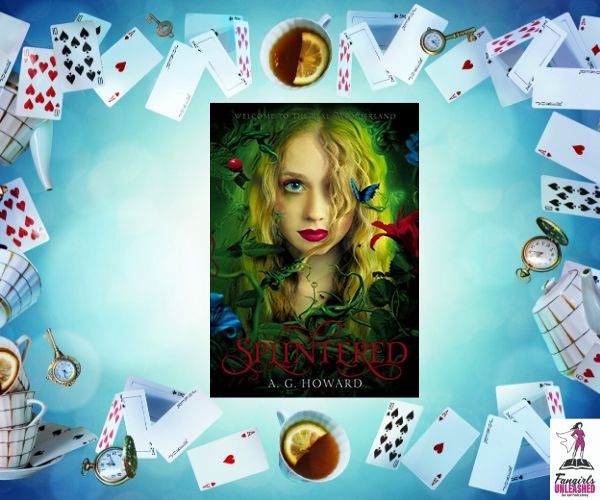 Splintered by A.G. Howard is another Alice retelling that's my favorite, and it's not just because the main character and I share a name. This book is highly entertaining and the series of tasks that Alyssa has to undergo reminds me of the challenges that Harry overcomes in Harry Potter and the Goblet of Fire.

Alyssa is the descendant of the real-life inspiration for Lewis Carroll's Alice's Adventures in Wonderland, Alice Carrol. But Alyssa's family is cursed. All of Alyssa's female relatives are diagnosed as being mentally ill, with her own mother being admitted to a mental hospital. 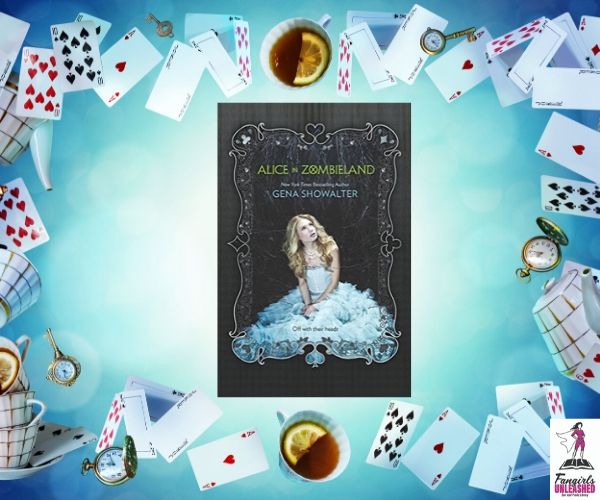 Alice in Zombieland by Gena Showalter

If you like zombies, then Alice in Zombieland by Gena Showalter is right up your alley.

Alice Bell grew up with her father claiming to see monsters. When her entire family is destroyed, Ali realizes that he was telling the truth and seeks revenge for their deaths. She discovers that she can enter the spirit realm and destroy the zombies, but she needs the help of bad boy Cole Holland to help her succeed.

This was the first Alice in Wonderland adaptation that I've read, and I fell in love with the entire series. Ali is the hardest working zombie slayer, and even I felt tired at the hordes of zombies that she had to destroy. Who would have thought that zombies and Wonderland would be such a great match? 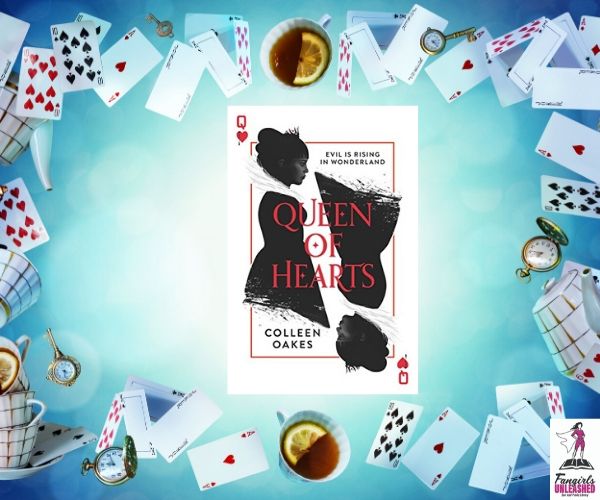 Queen of Hearts by Colleen Oakes

Last on this list is Queen of Hearts by Colleen Oakes, my current adaptation obsession.

Dinah is the next in line to rule over Wonderland. But her father is the cruel, ruthless King who never showed Dinah an ounce of love her entire life, a love she so desperately craves. Her brother will never ascend to the throne, for he was born mad and spends all his time creating hats, earning him the nickname the Mad Hatter. Mere hours before Dinah was to take the throne, tragedy befalls the family and she is blackmailed for the death. As she flees from the kingdom, Dinah promises to seek revenge and claim the throne for herself.

This is the story of Dinah, before she became the Queen of Hearts.

Alas, dear friends, we have journeyed down the rabbit hole and into Wonderland and we must head home.

I hope you have enjoyed this list of Alice in Wonderland inspired reads. What is your favorite Alice adaptation? Comment below, I'm Mad about your book recommendations.

Until next time, happy readings bookworms!

Did you know that one of the eResources that we offer is practice tests for the DMV California Driving Permit? I wished we had this resource when I first took my permit test years ago. I consider this a gold mine for the amount of tools that you have access to in order to past the Permit Test. There are multiple practice tests that range from easy to hard, with pictures and hints on each question. There's also a great practice test on what all the road signs means and there's even an exam stimulator to show you what to expect when you're ready to take the test. All you need is your SJPL library card and pin, and you're on your way to achieving your permit! 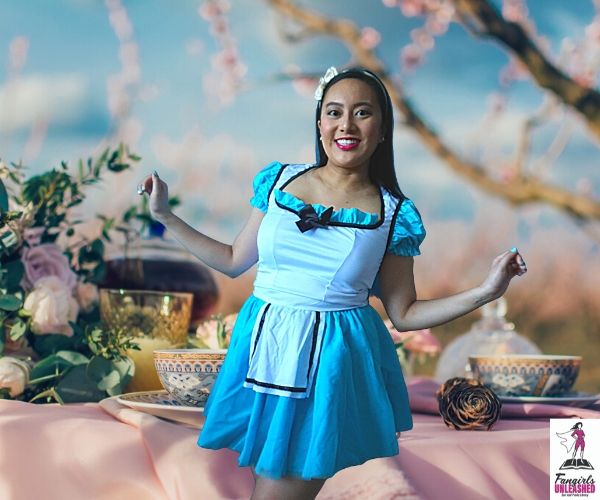 Alyssa is a founding member of Fangirls Unleashed. Our mission is to show our patrons what's trending in the young adult world and local conventions and how to explore those interests through the San Jose Public Library. Her work has included presenting on the Graphic Novel Making Contest at the California Library Association Conference, presenting on SJ Engage at the Young Adult Library Services Association Conference, and as both a Guest and Guest Cosplayer at the Santa Clara City Library Comic Con. When she's not blogging you can find her sipping on an iced coffee, reading the latest YA book, or cosplaying at a local convention. Follow her on her Fangirls Unleashed social media channels down below to see her recommended #What'sNewAtTheLibrary for young adult reads.