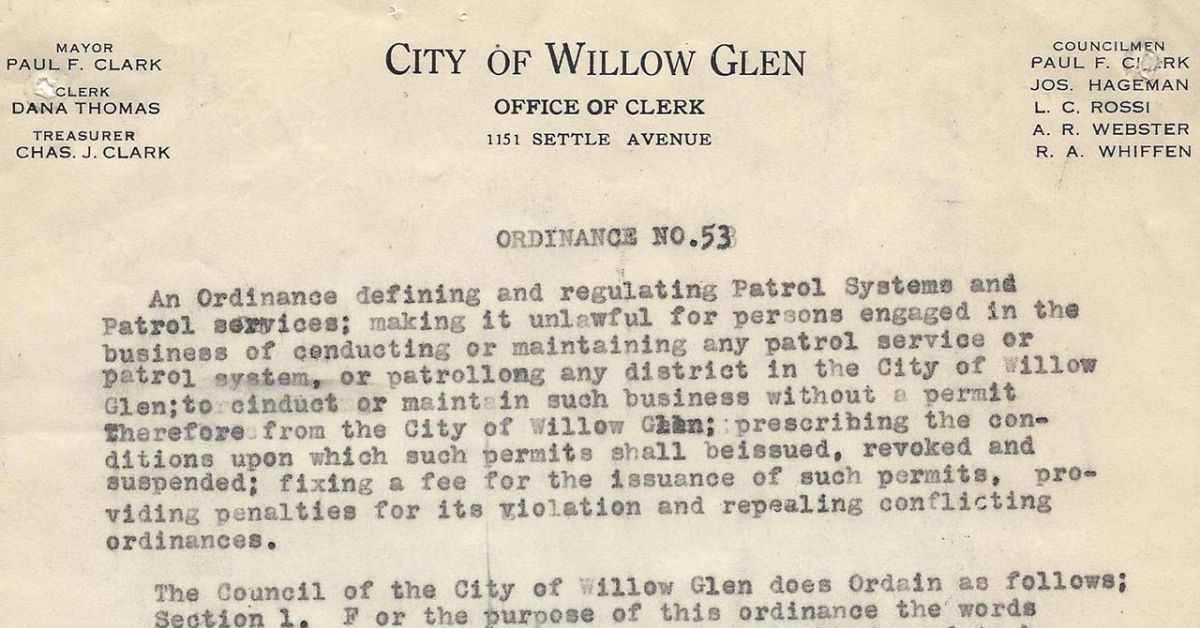 This collection includes documents pertaining to the annexation of Willow Glen.

The Willow Glen neighborhood developed within the Willow Glen School district, established in the 1860’s. When the Southern Pacific Railroad made a bid to run a track through the area, the residents took action to prevent it, and the independent incorporated city of Willow Glen was born. The city lasted for only nine years, from 1927 until 1936, when it was annexed by San José in order to benefit from city services. Today it is considered one of San José’s heritage neighborhoods.