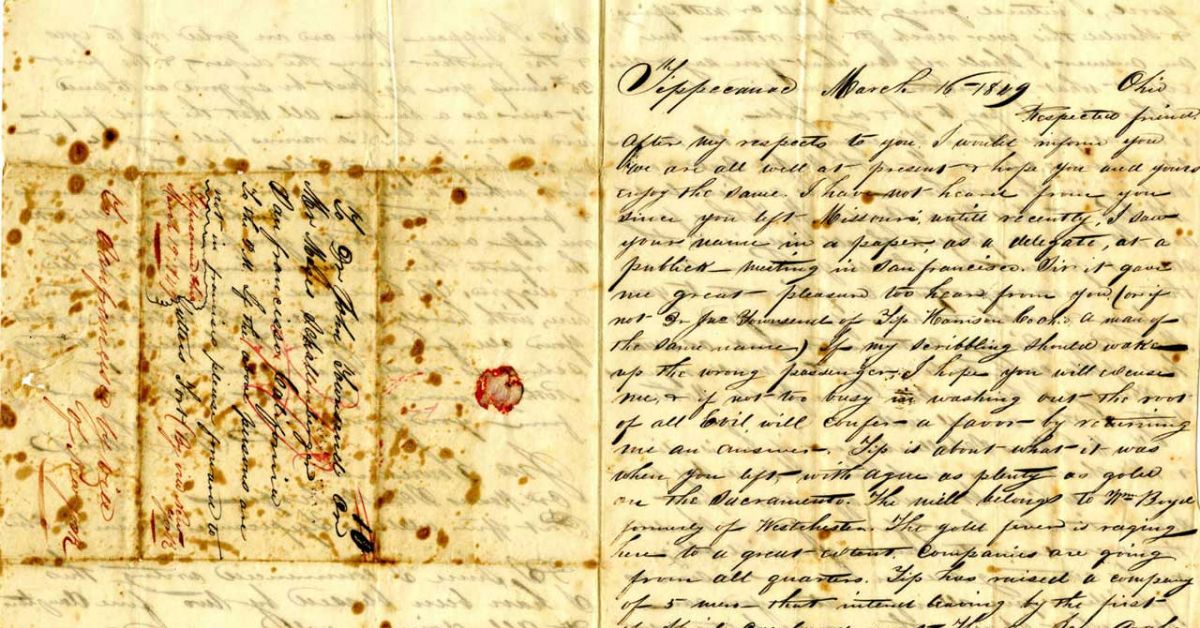 This collection contains the personal and professional documents of Dr. John Townsend, his wife Elizabeth Townsend, and their son John Henry Moses Townsend.

The items in this collection offer a glimpse into the Townsends' lives, including their travels with the Murphy party, their real estate investments, and their roles as settlers of Northern California during the mid to late 1800s.

Dr. John Townsend was born in Fayette County, Pennsylvania. His parents, John F. Townsend and Sarah McNamee, were among the first settlers of Fayette County, arriving in America from England in the late eighteenth century. John had six siblings, Sarah, Nancy, Hannah, Matilda, William and Thomas. Dr. Townsend received his medical degree from Lexington Medical College and later set up successful practices in Pennsylvania, Ohio, Indiana, and Missouri. In 1832, he married Elizabeth Louise Schallenberger in Stark County, Ohio. Dr. Townsend, his wife Elizabeth and her brother Moses Schallenberger were part of the Murphy-Townsend-Stevens party which brought the first wagons to California over the Truckee River route in 1844. He and his wife died on December 8, 1850 in San Jose, California, during the cholera epidemic. They were survived by their one son, John Henry Moses Townsend, born in 1849.