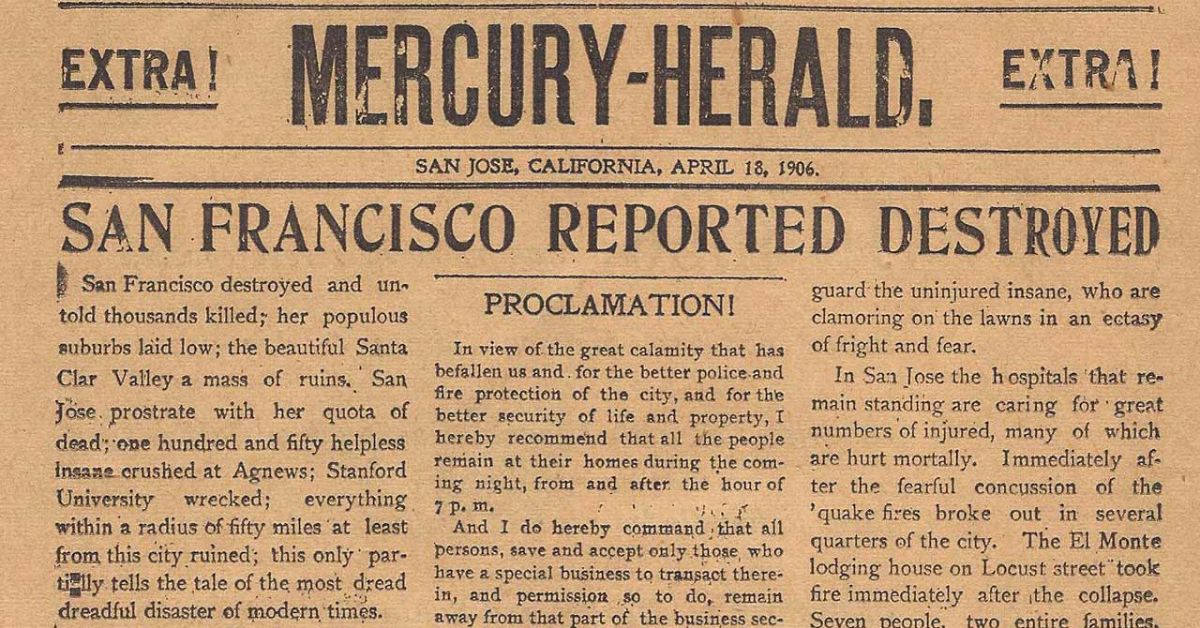 For more information about the Mercury News and its antecedents, please refer to: Historical Directory of Santa Clara County Newspapers- 1850-1972, by Jean French Wheeler, available in the California Room under REF CAL 016.0719 Wheeler

Digitized San Jose Newspapers from 1861-1920 can be found in the California Digital Newspaper Collection.

The complete run of El Excentrico, a local English/Spanish magazine published from 1949-1981, is available via our Internet Archive page.

Additional historical newspapers from Santa Clara county can be found in print and on microfilm at the California State Library.

Newspapers on Microfilm in the California Room:

SJSU holds additional area newspapers on microfilm, located on the basement level of the King Library.

When looking for information on a particular subject prior to 1985, the San José Mercury News (1920-1979) clipping collection is available on microfiche in the California Room.