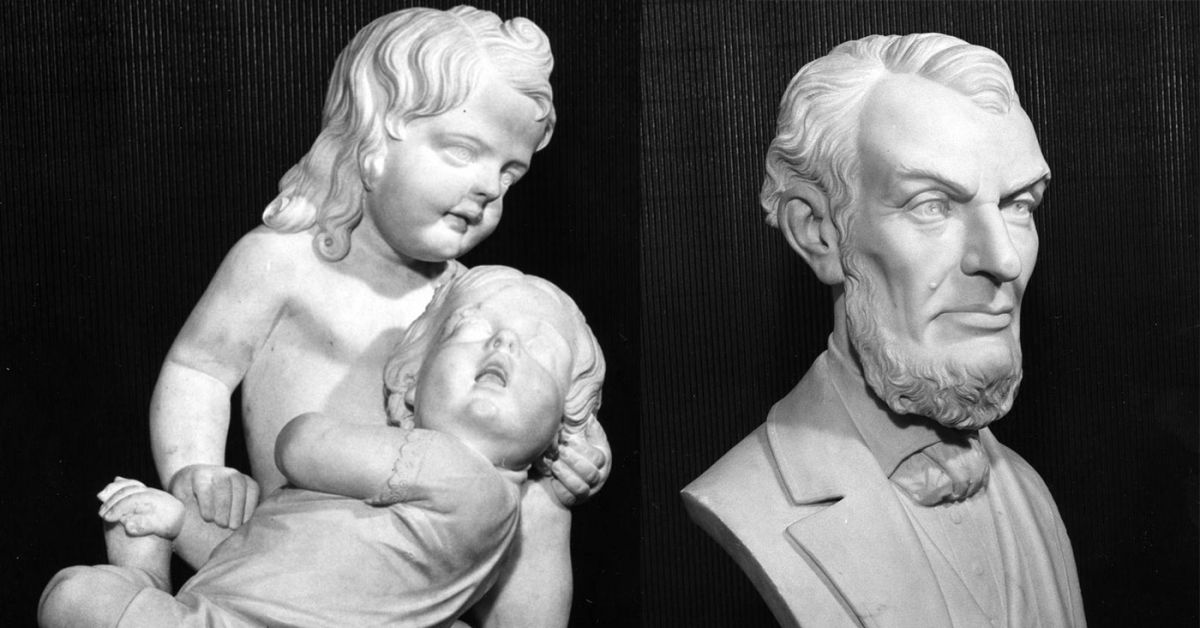 Mary Edmonia Lewis was born in 1845 or 1846 to a Haitian father and a mother of Native American (possibly Mississauga or Ojibwa) and African descent. Both parents passed away early in her life, her father in 1847 and her mother in 1849. Following their deaths, she stayed with her mother’s tribe near Niagara Falls until the age of eight. Her brother, Samuel “Sunrise” W. Lewis, provided her financial support throughout her life, funding her early schooling near Albany and her attendance at Oberlin College in Ohio.

In her third year at Oberlin she was accused of poisoning two white female classmates with cantharides. Though acquitted of the charge, she endured a highly publicized trial and a severe beating by white vigilantes. Subsequently accused of stealing art supplies, she was not allowed to register for classes in 1863.

She moved to Boston in 1864, where she studied under sculptor Edward A. Brackett. Her brother provided her with room and board and a small studio space. Following her studies with Brackett, she travelled abroad and eventually settled in Rome, where the joined a group of American female sculptors led by Harriet Hosmer. Italy was a popular destination for neoclassical sculptors in the mid-19th century, due to the availability of fine white marble and the many stone carvers who were adept at transferring sculptors’ plaster models into finished marble products. Lewis rarely employed workmen, however, completing most of her marblework without assistance.

In 1872, Lewis returned to the United States to exhibit five marble sculptures at the gallery of the San Francisco Art Association. In 1873, the city of San Jose invited her to display her three remaining unsold works at City Market Hall. They were later shown at the San Jose Catholic Fair. In December of 1873, a fundraiser was held to purchase Lincoln as a gift to the San Jose Public Library. Sarah Knox-Goodrich, the organizer of San Jose's first Women's Suffrage Association, bought Awake and Asleep. They were donated to the library some time prior to 1914.

Lewis moved to Rome in 1875, and then London in 1901. She passed away September 17, 1907 of Bright’s disease (inflammation of the kidneys) at the Hammersmith Borough Infirmary in London.