YA Friday: Zodiac Signs as YA Books - Scorpio 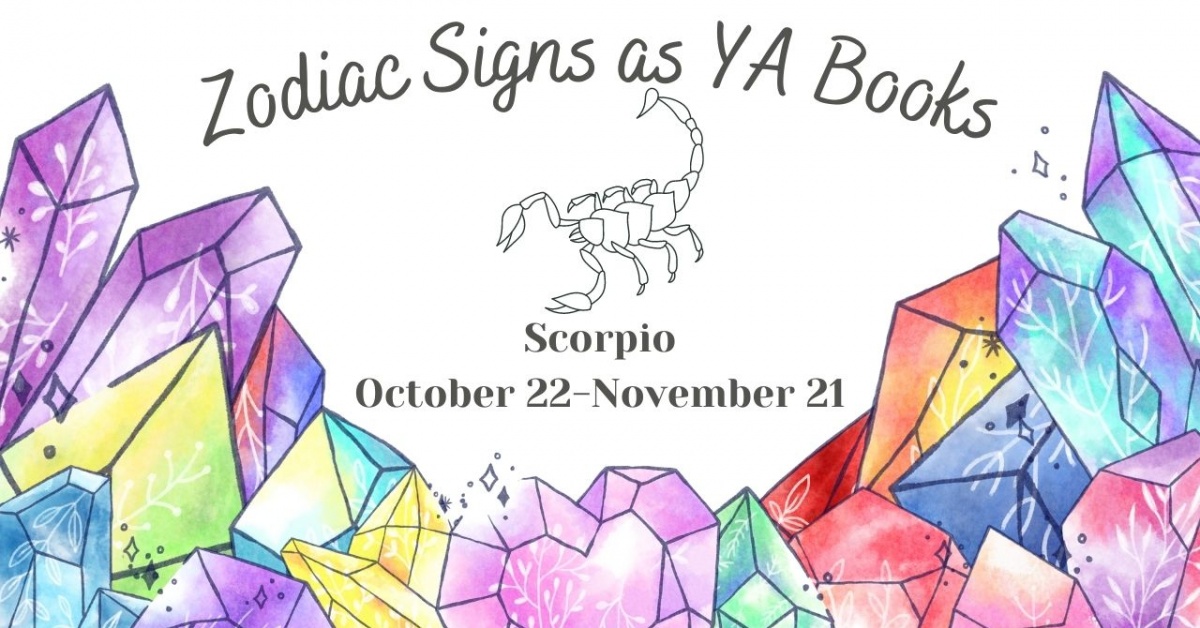 Scorpio is one of the most misunderstood signs of the zodiac. Because of its incredible passion and power, Scorpio is often mistaken for a fire sign when in fact, Scorpio is a water sign that derives its strength from their emotions. Scorpios are passionate and assertive people with determination and focus you rarely see in other zodiac signs. They will turn to in-depth research to reach the truth behind anything they find meaningful. Great leaders and guides, Scorpios are resourceful, dedicated, and fearless when there is a challenge to be overcome. They will hold on to other people's secrets, even when they aren't very fond of them to begin with, and do anything they can for those they tie themselves to. Scorpio is represented by the symbol of the scorpion, which speaks to this sign's intensity. They don't like to show it, but they're sensitive at heart, so they'll lash out to protect themselves if they feel threatened. Scorpios are intense, enigmatic, independent characters who crackle with intensity and charisma that makes them un-ignorable. Though for all of that power, they often remain unknowable to others because they fiercely guard themselves and their private lives.

Books Inspired by the Mysterious Zodiac Sign of Scorpio 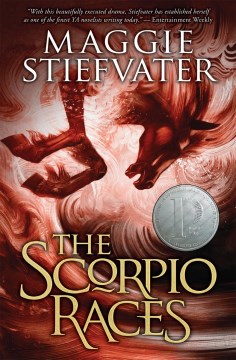 It happens at the start of every November: the Scorpio Races. Riders attempt to keep hold of their water horses long enough to make it to the finish line.

Some riders live.
Others die.

At age nineteen, Sean Kendrick is the returning champion. He is a young man of few words, and if he has any fears, he keeps them buried deep, where no one else can see them.

Puck Connolly is different. She never meant to ride in the Scorpio Races. But fate hasn't given her much of a choice. So she enters the competition — the first girl ever to do so. She is in no way prepared for what is going to happen. 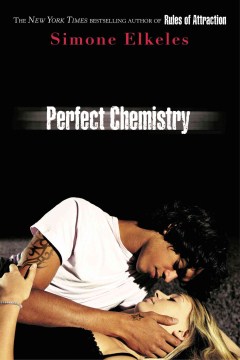 When Brittany Ellis walks into chemistry class on the first day of senior year, she has no clue that her carefully created 'perfect' life is about to unravel before her eyes. She's forced to be lab partners with Alex Fuentes, a gang member from the other side of town, and he is about to threaten everything she's worked so hard for her flawless reputation, her relationship with her boyfriend, and the secret that her home life is anything but perfect.

Alex is a bad boy, and he knows it. So when he makes a bet with his friends to lure Brittany into his life, he thinks nothing of it. But soon, Alex realizes Brittany is a real person with real problems, and suddenly the bet he made in arrogance turns into something much more. 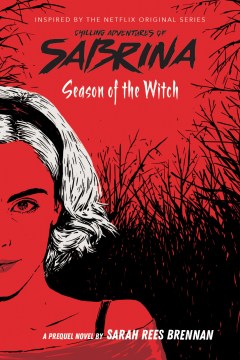 It's the summer before her sixteenth birthday, and Sabrina Spellman knows her world is about to change. She's always studied magic and spells with her aunts, Hilda and Zelda. But she's also lived an everyday mortal life - attending Baxter High, hanging out with her friends Susie and Roz, and going to the movies with her boyfriend, Harvey Kinkle.

Now time is running out on her everyday, ordinary world, leaving behind Roz and Susie, and Harvey is a lot harder than she thought it would be, mainly because Sabrina isn't sure how Harvey feels about her. Her cousin Ambrose suggests performing a spell to discover Harvey's true feelings. But when a mysterious wood spirit interferes, the spell backfires in a big way.

Sabrina has always been attracted to the power of being a witch. But now, she can't help wondering if that power is leading her down the wrong path. Will she choose to forsake the way of light and follow the path of the night? 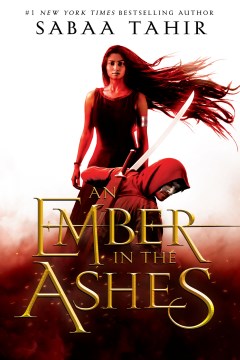 An Ember in the Ashes Sabaa Tahir

Laia is a slave. Elias is a soldier. Neither is free.

Under the Martial Empire, defiance is met with death. Those who do not vow their blood and bodies to the Emperor risk the execution of their loved ones and the destruction of all they hold dear.

In this brutal world, inspired by ancient Rome, Laia lives with her grandparents and older brother. The family ekes out an existence in the Empire's impoverished backstreets. They do not challenge the Empire. They've seen what happens to those who do.

But when Laia's brother is arrested for treason, Laia is forced to make a decision. In exchange for help from rebels who promise to rescue her brother, she will risk her life to spy for them within the Empire's greatest military academy.

There, Laia meets Elias, the school's finest soldier—and secretly, it's most unwilling. Elias wants only to be free of the tyranny he's being trained to enforce. He and Laia will soon realize that their destinies are intertwined—and that their choices will change the fate of the Empire itself. 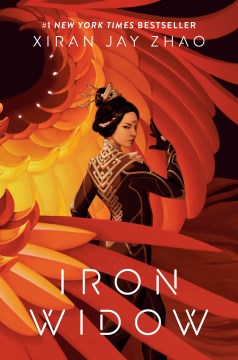 The boys of Huaxia dream of pairing up with girls to pilot Chrysalises, giant transforming robots that can battle the mecha aliens that lurk beyond the Great Wall. It doesn't matter that the girls often die from the mental strain.

When 18-year-old Zetian offers herself up as a concubine-pilot, it's to assassinate the ace male pilot responsible for her sister's death. But she gets her vengeance in a way nobody expected—she kills him through the psychic link between pilots and emerges from the cockpit unscathed. She is labeled an Iron Widow, a much-feared and much-silenced kind of female pilot who can sacrifice boys to power up Chrysalises instead.​

But now that Zetian has had a taste of power, she will not cower so easily. To tame her unnerving yet invaluable mental strength, she is paired up with Li Shimin, the strongest and most controversial male pilot in Huaxia. She will miss no opportunity to leverage their combined might and infamy to survive attempt after attempt on her life until she can figure out exactly why the pilot system works in its misogynist way—and stop more girls from being sacrificed. 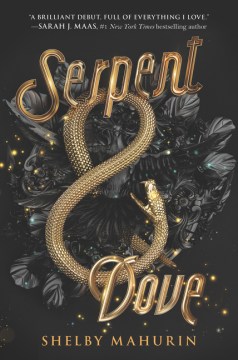 Two years ago, Louise le Blanc fled her coven and took shelter in the city of Cesarine, forsaking all magic and living off whatever she could steal. There, witches like Lou are hunted. They are feared. And they are burned.

Sworn to the Church as a Chasseur, Reid Diggory has lived his life by one principle: thou shalt not suffer a witch to live. His path was never meant to cross with Lou's, but a wicked stunt forces them into an impossible union—holy matrimony.

The war between witches and Church is ancient, and Lou's most dangerous enemies bring a fate worse than fire. Unable to ignore her growing feelings, yet powerless to change what she is, a choice must be made.

And love makes fools of us all. 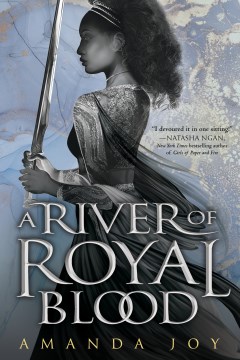 Sixteen-year-old Eva is a princess, born with the magick of marrow and blood--a dark and terrible magick that hasn't been seen for generations in the vibrant but fractured country of Myre. Its last known practitioner was Queen Raina, who toppled the native khimaer royalty and massacred thousands, including her own sister, eight generations ago, thus beginning the Rival Heir tradition. Living in Raina's long and dark shadow, Eva must now face her older sister, Isa, in a battle to the death if she hopes to ascend to the Ivory Throne--because in the Queendom of Myre, only the strongest, most ruthless rulers survive.

When an assassin attacks Eva just weeks before the battle with her sister, she discovers there is more to the attempt on her life than meets the eye--and it isn't just her sister who wants to see her dead. As tensions escalate, Eva is forced to turn to a fey instructor of mythic proportions and a mysterious and handsome khimaer prince to help grow her magick into something to fear. Because despite the love she still has for her sister, Eva will have to choose: Isa's death or her own. 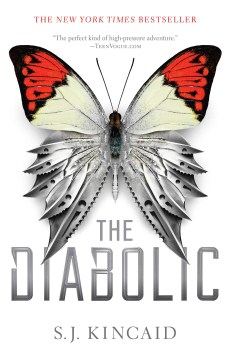 Nemesis is a Diabolic, a humanoid teenager created to protect a galactic senator’s daughter, Sidonia. The two have grown up side by side, but are in no way sisters. Nemesis is expected to give her life for Sidonia, and she would do so gladly. She would also take as many lives as necessary to keep Sidonia safe.

When the power-mad Emperor learns Sidonia’s father is participating in a rebellion, he summons Sidonia to the Galactic court. She is to serve as a hostage. Now, there is only one way for Nemesis to protect Sidonia. She must become her. Nemesis travels to the court disguised as Sidonia—a killing machine masquerading in a world of corrupt politicians and two-faced senators’ children. It’s a nest of vipers with threats on every side, but Nemesis must keep her true abilities a secret or risk everything.

As the Empire begins to fracture and rebellion looms closer, Nemesis learns there is something more to her than just deadly force. She finds humanity truer than what she encounters from most humans. Amidst all the danger, action, and intrigue, her humanity just might be the thing that saves her life—and the empire. 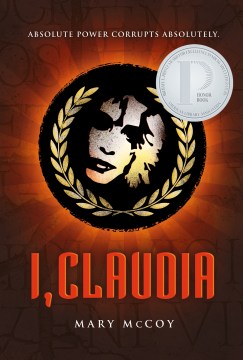 Disaffected amateur historian Claudia McCarthy never expected to be in charge of Imperial Day Academy, but by accident, design, or scheme, she is pulled into the tumultuous and high-profile world of the Senate and Honor Council. Suddenly, Claudia wields power over her fellow students that she never expected to have and isn't sure she wants.

Claudia vows to use her power to help the school. But there are forces aligned against her: shocking scandals, tyrants waiting in the wings, and political dilemmas with no easy answers. As Claudia struggles to be a force for good in the universe, she wrestles with the question: does power inevitably corrupt?

Check out YA books for all the Zodiac Signs: