YA Friday: While You Wait for The Ballad of Songbirds and Snakes 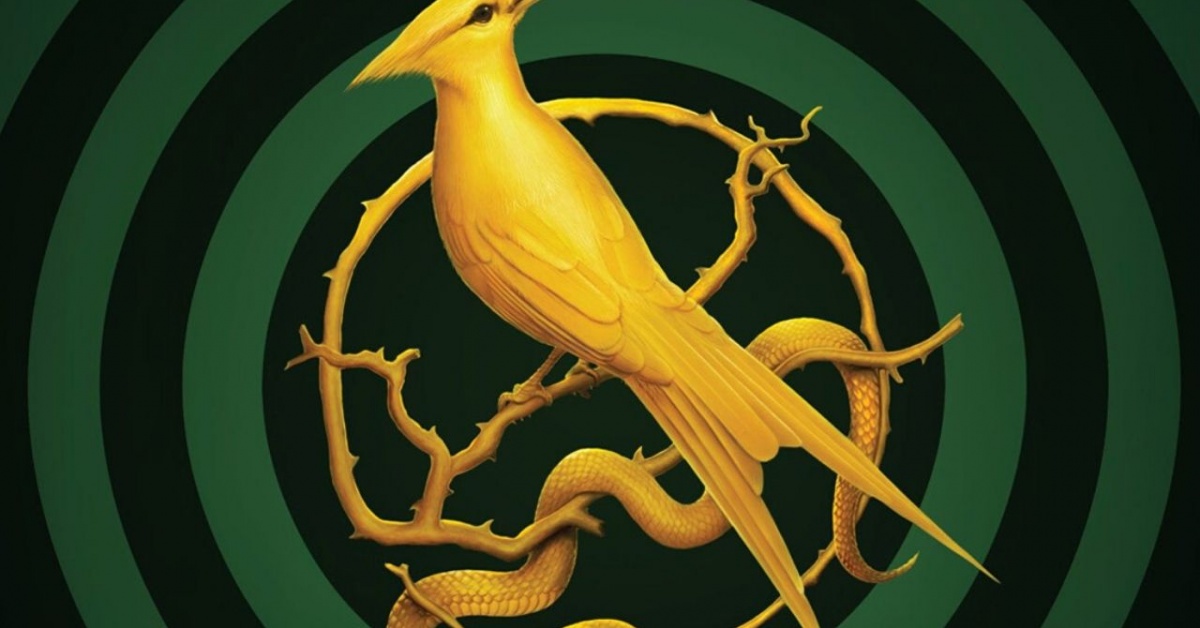 If you've read The Hunger Games trilogy and seen the movies, I'm sure you've been chomping at the bit for more of the world Suzanne Collins has created.

The Ballad of Songbirds and Snakes, the prequel to The Hunger Games series, will be released on May 19. It takes place 64 years during the events in the original books and is about a young President Snow.

Here is the description: 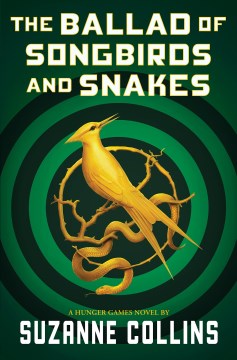 The Ballad of Songbirds and Snakes Suzanne Collins

It is the morning of the reaping that will kick off the 10th annual Hunger Games. In the Capitol, 18-year-old Coriolanus Snow is preparing for his one shot at glory as a mentor in the Games. The once-mighty house of Snow has fallen on hard times, its fate hanging on the slender chance that Coriolanus will be able to out charm, outwit, and outmaneuver his fellow students to mentor the winning tribute.

The odds are against him. He's been given the humiliating assignment of mentoring the female tribute from District 12, the lowest of the low. Their fates are now completely intertwined - every choice Coriolanus makes could lead to favor or failure, triumph or ruin. Inside the arena, it will be a fight to the death. Outside the arena, Coriolanus starts to feel for his doomed tribute... and must weigh his need to follow the rules against his desire to survive no matter what it takes.

Because we have been anticipating for another story from Panem, you can expect the holds list for the new book to be very long. So this list is for those looking for something after re-reading/watching the series and waiting for their hold to arrive.

Everyone always recommends dystopian books that sort teens into factions like Divergent, Matched, or The Testing. But there are a lot of other books that have the same qualities that a book like The Hunger Games has. So while you wait you can read some of these new dystopian novels that imagine a not-so-rosy future under a menacing and oppressive regime, where teens and other folks must rely on their wits, courage, and strong friendships to survive.

Hungry for The Hunger Games 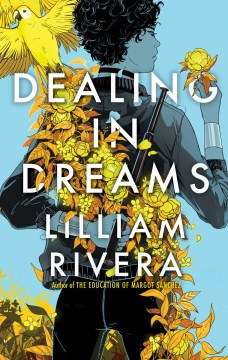 Nalah leads the fiercest all-girl crew in Mega City. That role brings with it violent throw downs and access to the hottest boydega clubs, but the sixteen-year-old grows weary of the life. Her dream is to get off the streets and make a home in the exclusive Mega Towers, in which only a chosen few get to live. To make it to the Mega towers, Nalah must prove her loyalty to the city's benevolent founder and cross the border in a search for a mysterious gang the Ashé Ryders. Led by a reluctant guide, Nalah battles other crews and her own doubts, but the closer she gets to her goal, the more she loses sight of everything—and everyone— she cares about.

Nalah must do the unspeakable to get what she wants—a place to call home. But is a home just where you live? Or who you choose to protect? 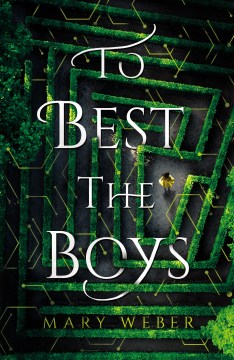 To Best the Boys Mary Weber

Every year for the past fifty-four years, the residents of Pinsbury Port receive a mysterious letter inviting all eligible-aged boys to compete for an esteemed scholarship to the all-male Stemwick University. Every year, the poorer residents look to see that their names are on the list. The wealthier look to see how likely their sons are to survive. And Rhen Tellur opens it to see if she can derive which substances the ink and parchment are created from, using her father's microscope.

In the province of Caldon, where women are trained in wifely duties and men are encouraged into collegiate education, sixteen-year-old Rhen Tellur wants nothing more than to become a scientist. As the poor of her seaside town fall prey to a deadly disease, she and her father work desperately to find a cure. But when her Mum succumbs to it as well? Rhen decides to take the future into her own hands--through the annual all-male scholarship competition.

With her cousin, Seleni, by her side, the girls don disguises and enter Mr. Holm's labyrinth, to best the boys and claim the scholarship prize. Except not everyone's ready for a girl who doesn't know her place. And not everyone survives the maze. 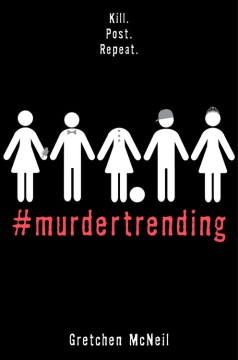 In the near future, citizens can enjoy watching the executions of society's most infamous convicted felons, streaming live on The Postman app from the prison island Alcatraz 2.0.

Dee Guerrera wakes up in a haze, lying on the ground of a dimly lit warehouse, about to be the next victim of the app, found guilty of murdering her stepsister. But Dee refuses to roll over and die for a heinous crime she didn't commit. Her newly formed posse, the Death Row Breakfast Club, needs to prove she's innocent before she ends up murdered for the world to see. That's if The Postman's cast of executioners don't kill them off one by one, first. 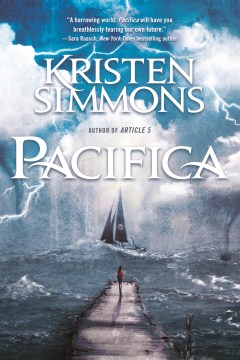 Marin is corsario royalty, a pirate like her father and his father before him. Sailing the ocean to chase adventure is in her blood. But these days no one cares that the island town her people call home is named after her grandfather. They have a new leader, one who promises an end to their hunger – and one who thinks that girls are meant for the kitchen or the brothel. Marin knows she's meant for more than that, and with the sudden influx of weapons on the island, and rumors of a pending deal with the enemy oil nation in her wake, she knows a big score to gain the council's favor is the only way to save her people, and herself.

Ross lives a life of privilege. As the president's son he wants for nothing, but he longs for a life of adventure. On a dare, he convinces his best friend Adam to sneak out to the Docks, the site of local race riots between the poor Shorlings and the upper class. But when Adam is arrested along with the other Shorlings, and not even the president is willing to find him, Ross finds himself taking matters into his own hands. He journeys back into the Docks, ready to make deals with anyone, even a beautiful pirate, if it means Adam's safe return.

When Marin and Ross meet in dangerous Shoreling territory he sees a way to get his friend back and she sees her ticket home. The ransom a president’s son would command could feed her people for years and restore her family’s legacy. But somewhere in the middle of the ocean, Marin must decide if her heart can handle handing over the only person who has ever seen her as more than a pirate. 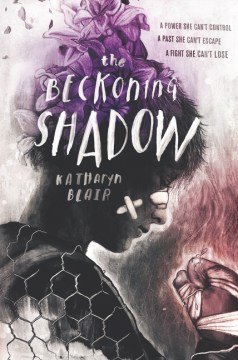 Vesper Montgomery can summon your worst fear and turn it into a reality—but she’s learned the hard way that it’s an addicting and dangerous power. One wrong move and you could hurt someone you love.

But when she earns a spot in the Tournament of the Unraveling, where competitors battle it out for a chance to rewrite the past, Vesper finally has a shot to reverse the mistakes that have changed her forever. She turns to Sam Hardy, a former MMA fighter who’s also carrying a tragedy he desperately wants to undo. However, helping heal Sam’s heart will mean breaking her own, and the competition forces her to master her powers—powers she has been terrified of since they destroyed her life. 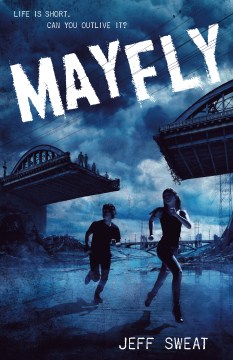 Jemma has spent her life scavenging tools and supplies for her tribe in the their small enclave outside what used to be a big city. Now she’s a teen, and old enough to become a Mama. Making babies is how her people survive—in Jemma’s world, life ends at age seventeen.

Survival has eclipsed love ever since the Parents died of a mysterious plague. But Jemma’s connection to a boy named Apple is stronger than her duty as a Mama. Forced to leave, Jemma and Apple are joined in exile by a mysterious boy who claims to know what is causing them to die. The world is crumbling around them, and their time is running out. Is this truly the End? 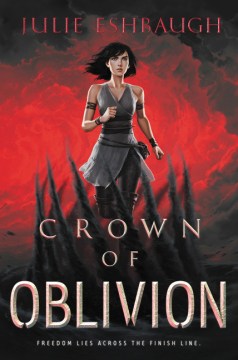 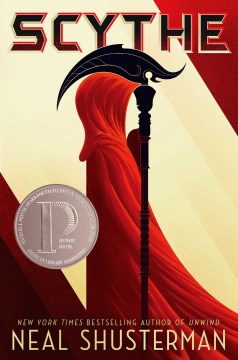 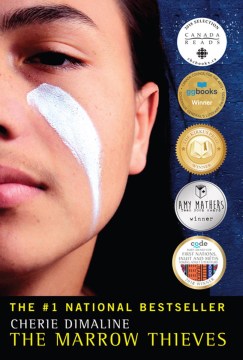 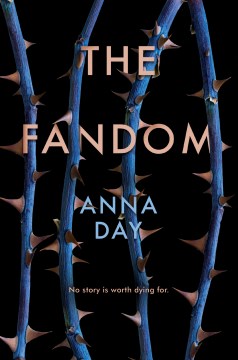 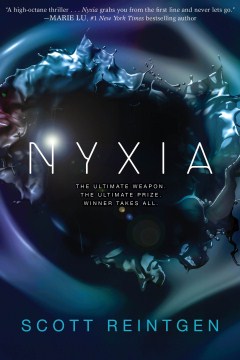 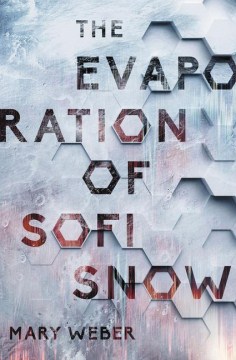