Looking Back: Those Cool Old Warehouses 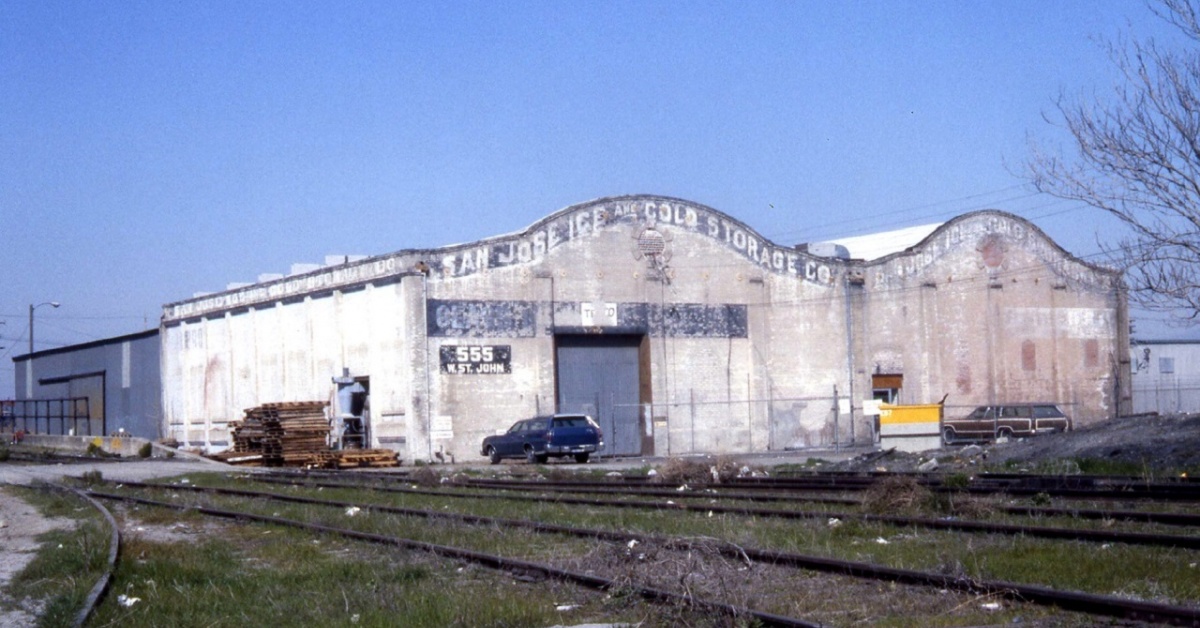 Back in the 1980s, I would occasionally go out to the Cahill Depot (now known as San Jose Diridon) when it was closed. Standing on the tracks facing north, I could see a great old warehouse a little ways away. Fortunately, I took photos of the building several years apart. The old building was torn down in the 1990s and replaced with a parking lot for the SAP Center. The company was originally established in the 1800s for the manufacture of ice, as well as providing space for cold storage along the train lines. The last directory listing I found was in 1940. Its original address was on Senter Street (not to be confused with Senter Road), then later 555 San Augustine Street until the street name changed it to West St. John Street in the early 1960s. By 1965, the building was inhabited by Sawco Inc., and then by Custom Pad and Partition in the 1980s. 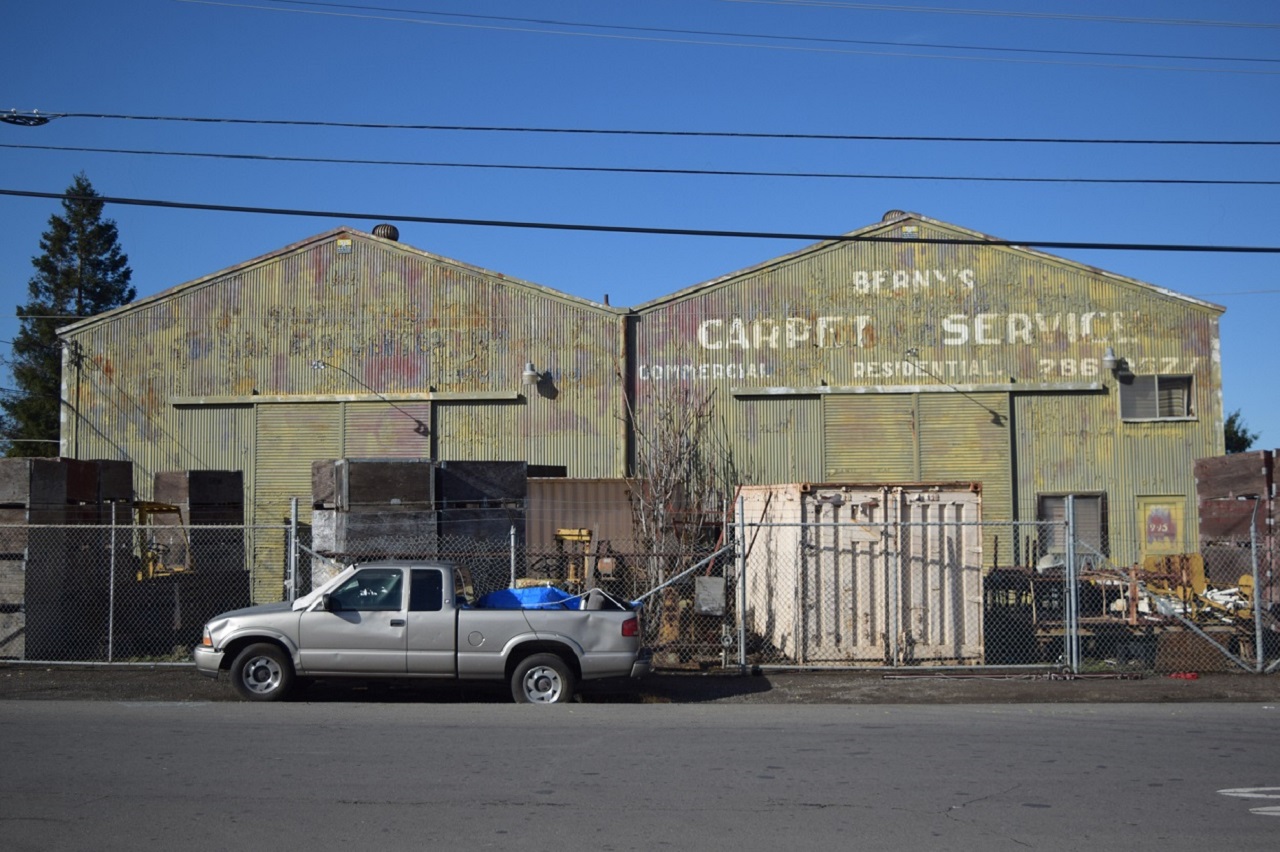 This cool old warehouse caught my eye from Lincoln Avenue, just south of the Roberto Adobe. The more faded signage on the left reads "Bob Olinger's Foreign Car Service." Mr. Olinger had a shop here until moving around the corner to 650 Lincoln Avenue by 1965. The signage on the right side reads "Berny's Carpet Service" which was located here from 1966 through 1981. 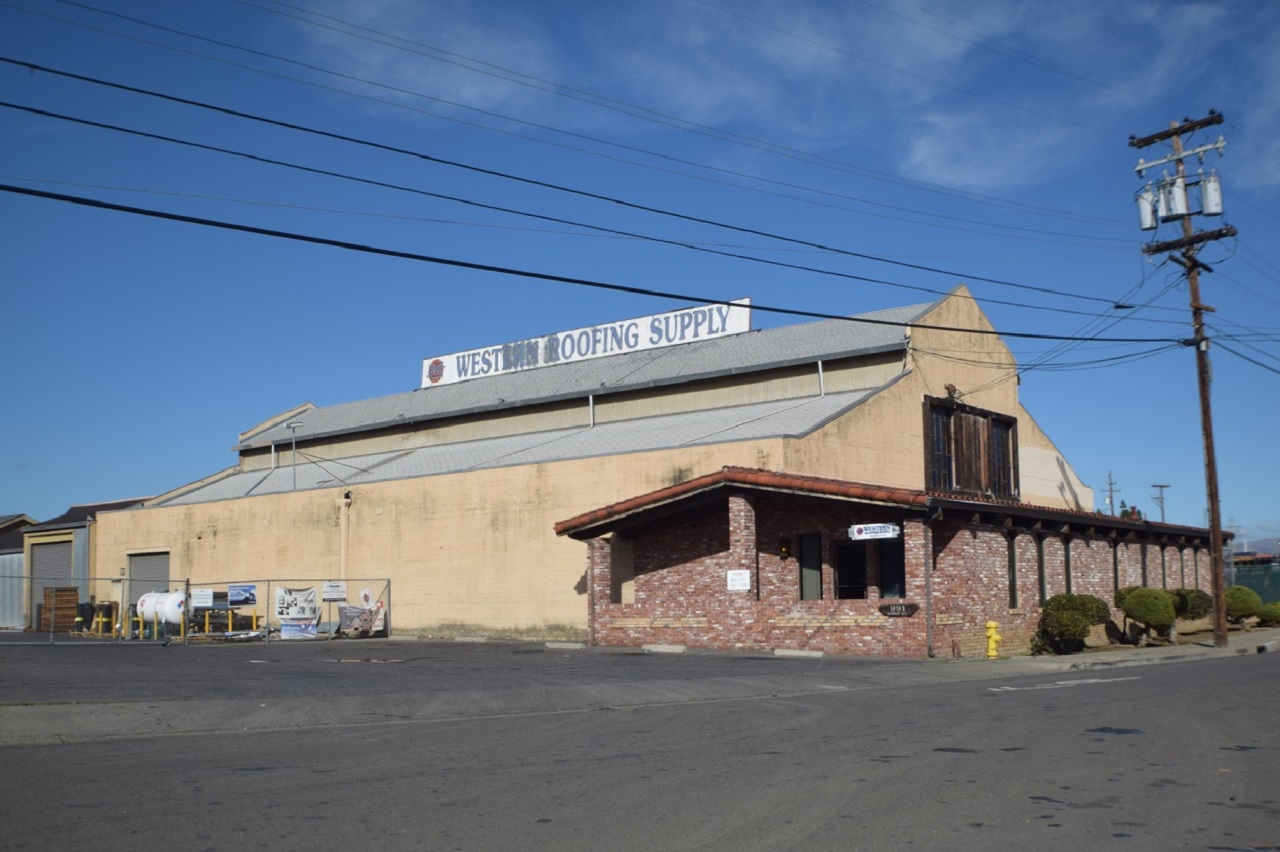 Also on Lonus Street at 991, is the Western Roofing Supply building. The warehouse had once been occupied by fruit packers Abinante and Nola, and has been home to Western Roofing Supply since about 1980. It's interesting to note that Lonus is Sunol spelled backwards. Lonus was originally the southern end of Sunol Street. When the southern end of Sunol was cut off by the construction of Interstate 280 in the 1970s, it was given the new name of Lonus. 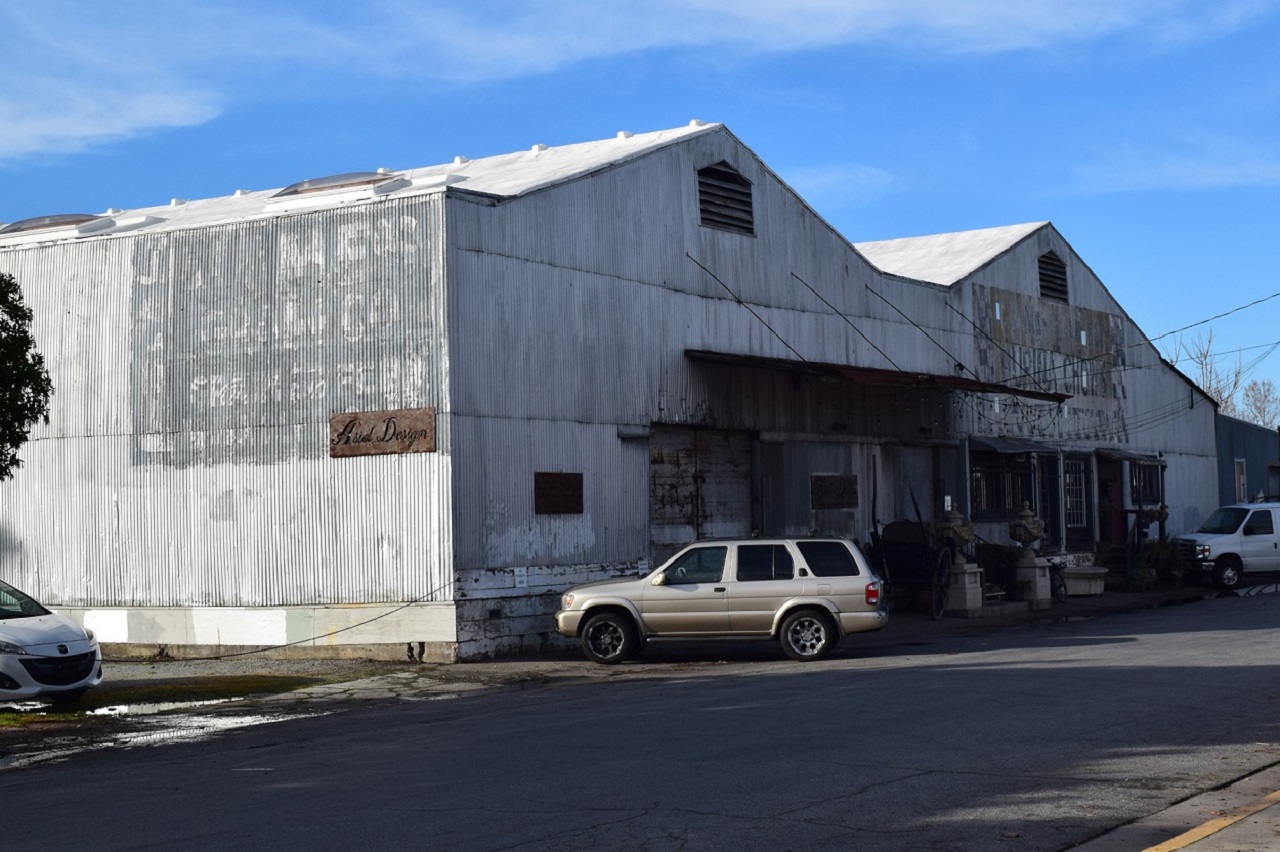 This set of late 1920s buildings were equipped with loading docks for access to the old Western Pacific Railroad line. James Grain was a wholesale business that sold grain and poultry feed. The business operated at this location into the 1970s. The corrugated metal building is currently serving as a retail design studio. 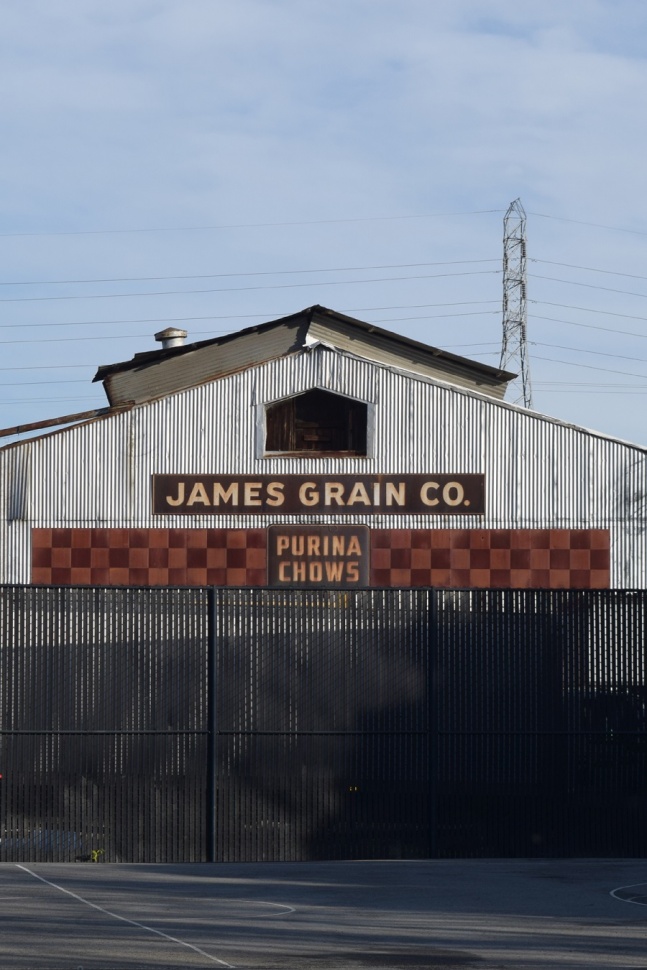 Image: Signage on the back of the James Grain warehouse. Photo ©Ralph M. Pearce