Drive-in to the California Room 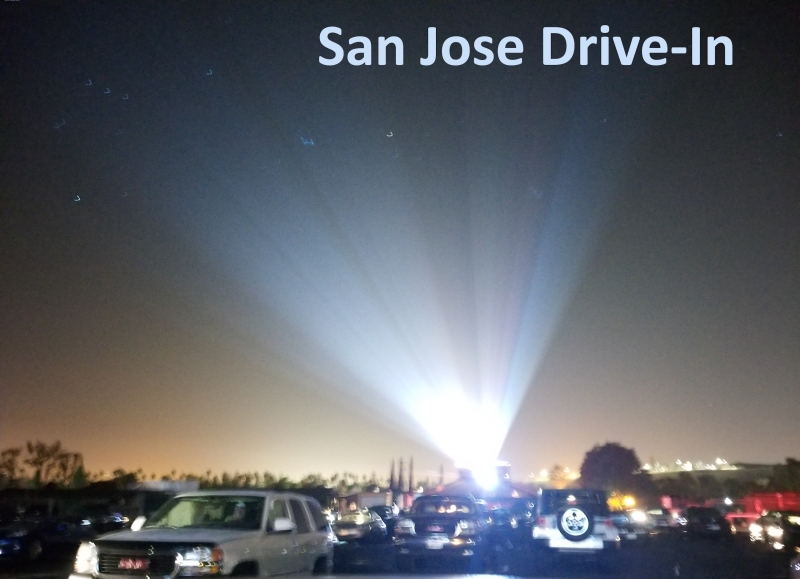 Milk Tea. Stromboli. Movie. Which of these sounds out of place? None! Especially when enjoying a movie from a lawn chair or the bed of a pickup truck at the drive-in theater. San Jose’s last drive-in theater sits at Capitol Expressway and Monterey Road. According to an advertisement in the San Jose Mercury News, the Capitol Drive-In Theater opened with a free show on May 25, 1971 originally with four screens. The ad also touts that the drive-in has the world’s largest drive in complex with the world’s biggest screens. The nearest operating drive-in theaters are about 50 and 90 miles away from San Jose in Concord, and Sacramento, California. 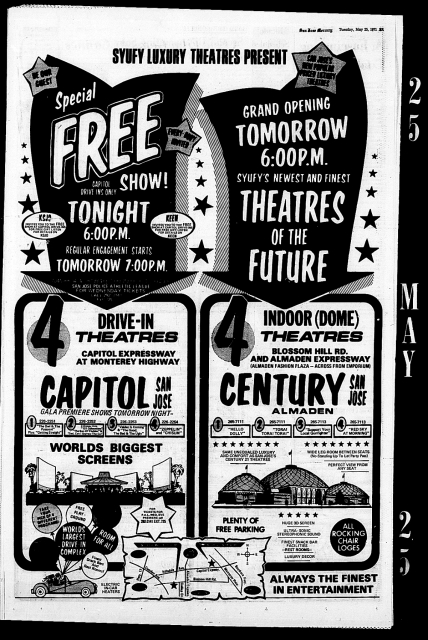 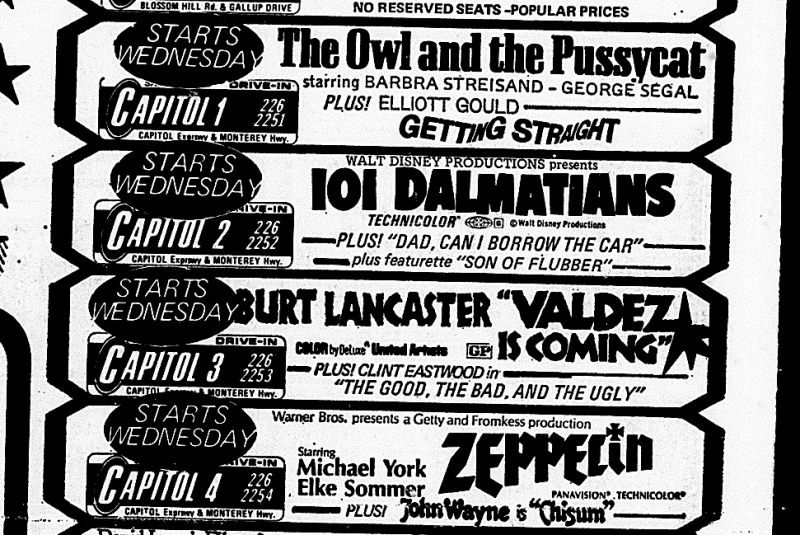 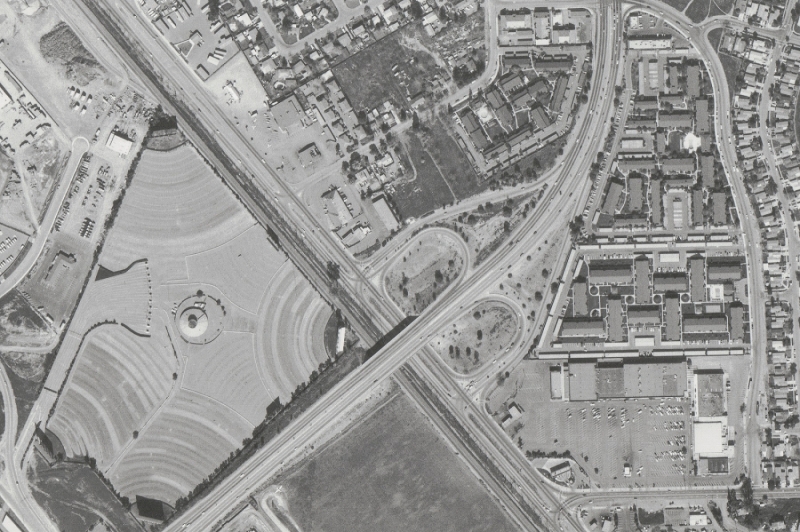 Formerly, several drive-ins were scattered across the city. Popular locations included El Rancho Drive-In off of Almaden and Spartan Drive-In near Alma and First Street. The most unique drive-in was behind the amusement park Frontier Village near Monterey and Branham Lane. 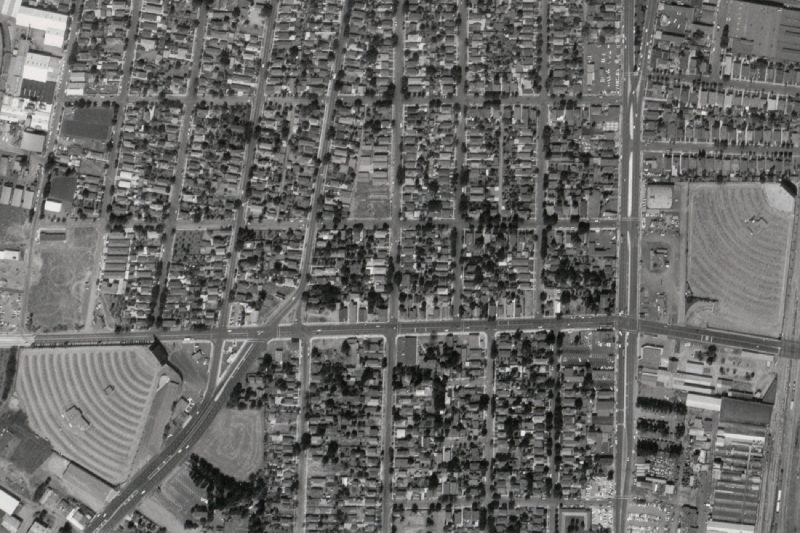 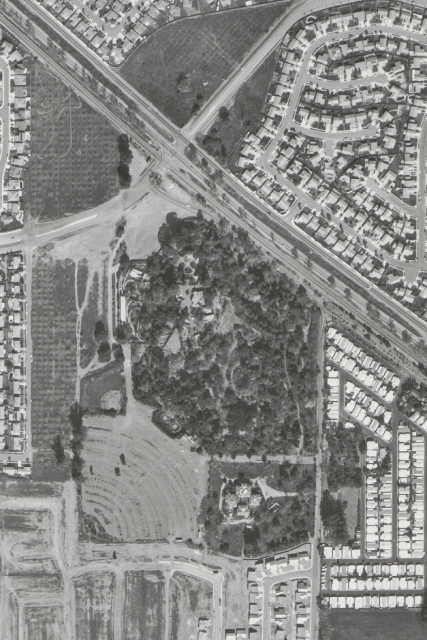 Image: Frontier Village Drive-In in Aerial taken in 1981. Frontier Village amusement park closed in 1980 to become housing and Edenvale Gardens Regional Park. Below the Drive-In theater you can see the development of tract homes.

You can revisit these old drive-ins, and your other favorite local places, in the San Jose Public Library’s California Room. The California Room is San Jose’s hub of local history resources. Look up local businesses in our city directories. Use building permits, Sanborn fire insurance maps, and aerial photographs dating back to the 1930s to track the evolution of properties. View old issues of the San Jose Mercury News on microfilm or browse by subject in our clipping file and microfiche collections.