What's in a Name ~ California

California Name Myths: How did California get its name?

Throughout history, there have been many stories about how California got its name. Some believe that the name is rooted from kar-i-farn, a Persian term that means from the elemental or celestial fire used to identify griffins described in Greek myth as "the blazing birds". In the San Francisco Chronicle "Riptides" article by Robert O’Brien, written in March of 1947, many other plausible roots to the name California are described. These range from being named after Julius Caesar’s wife Calpurnia to a Native American word "kali-forno" meaning "high hill" or "native land".

The most commonly believed origin is from a mythical character, Queen Calafia, created by Garci Rodríguez de Montalvo created in his romantic thriller The Adventures of Esplandian, published in 1510. In this fictional tale, Queen Calafia was an Amazon warrior queen who ruled over the island of California. The island was said to have only be inhabited by women, all of whom were dark-skinned and beautiful, though none as beautiful as their queen. She was often referred to having a griffin with her in her travels that she used against her enemies.

When the Spanish explorers arrived on the California coast, they identified with three parts of the description that Montalvo provided in his story. First, they believed that they landed "on the right hand of the Indies", which is where Montalvo depicted the island of California being. Second, they believed that it was the barren and sandy soil from the story; this soil was supposed to have hidden great stores of gold. Third, they perceived that they had landed on an island, as opposed to a peninsula attached to a large continent. 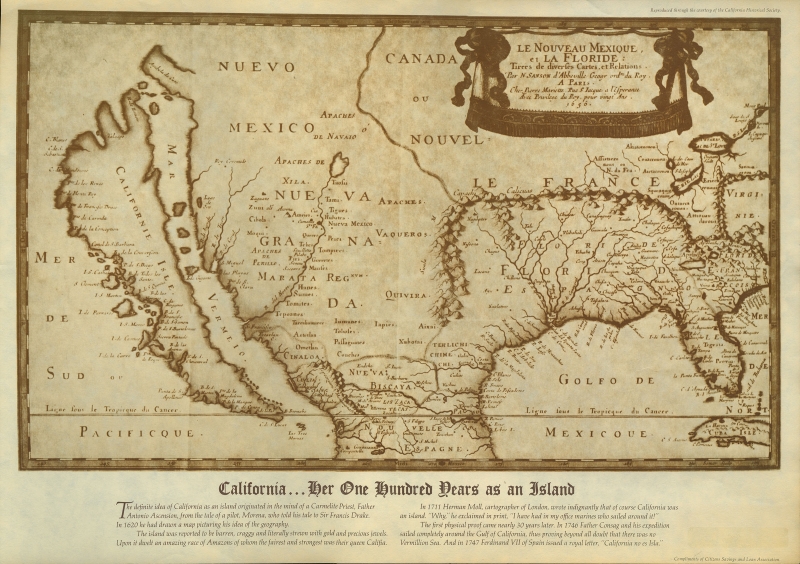 Image: A 1656 map of Sanson's showing North America (with California depicted as an island)

The Growth of the Myth

As time passed and the story of Queen Calafia was repeated, different spellings where created: Califia and Khalifa. Queen Calafia has also adopted as an important icon of California. Whoopi Goldberg portrayed her in the Disney film Golden Dreams, where Calafia was used to guide and encourage people throughout the events of California history.

Many authors have also used the image of Calafia or integrated her into the graphics they use on the cover or inside their books as illustrations. Here is one example:

Image: Mythical Queen Califia with the extinct California Grizzly Bear at her side. Photograph of Califia and bear on Golden Dreams mural: 2007 by Werner Weiss from yesterland.com (reused with permission) 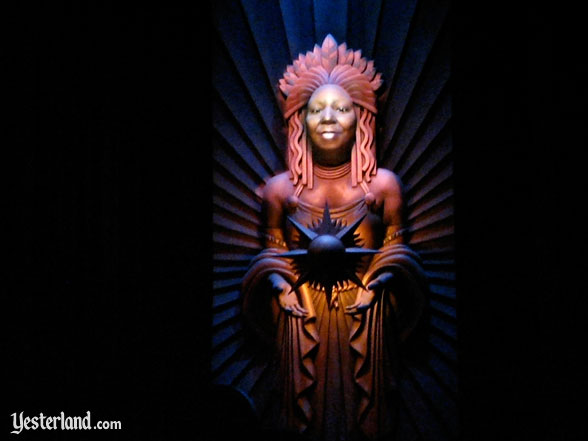 Image: Queen Califia comes to life. Photograph of Califia and bear on "Golden Dreams" mural: 2007 by Werner Weiss from yesterland.com (reused with permission) 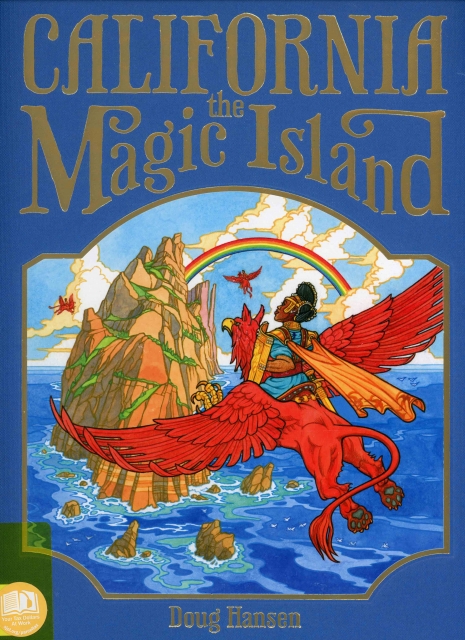 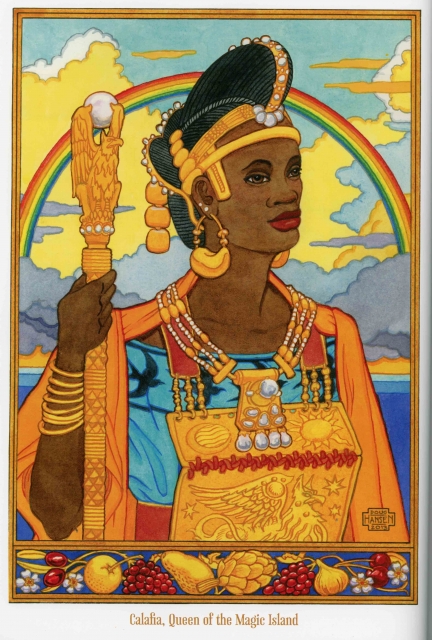 Read more about California at the King Library in the California Room:

Check out this video and online resources to learn even more: