Looking Back: Tokyo Giants in San Jose 80 years ago 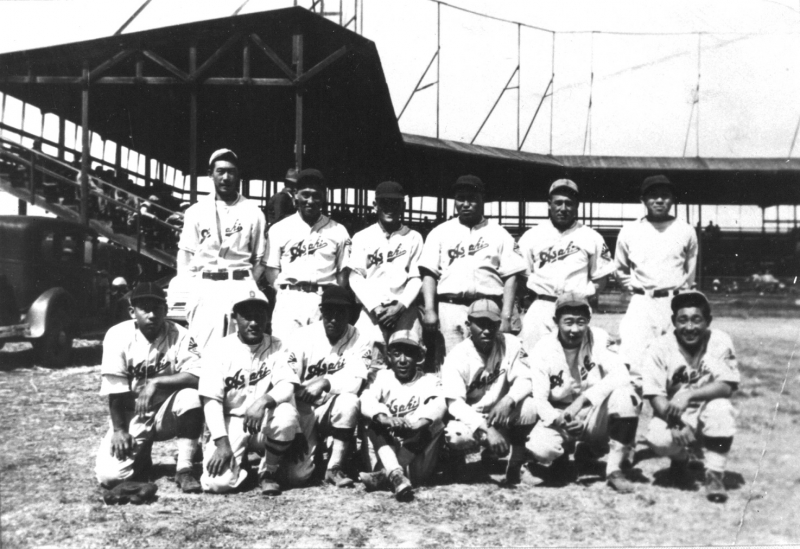 The San Jose Asahi at Asahi Field in 1936. Russell Hinaga is seated in the center of the bottom row. Photo courtesy of Ralph Pearce.

This year marks the 80th anniversary of the Tokyo Giants baseball team’s visit to San Jose in March of 1935. The Tokyo Giants had been created in 1934 as a team of Japanese all-stars to challenge Babe Ruth and other American all-stars who toured Japan at the end of the year.  The Japanese “All Japan” team was then reformed and renamed, and in 1935 toured the United States in order to promote a formation of a professional Japanese league.

Although Japan had a baseball history dating back to the 1880s, it had resisted creating a professional league in order to preserve the purity of the sport.  The Tokyo Giants (given the name by local baseball figure Lefty O’Doul) were composed of the best Japanese players that could be found, and were a tough team to beat. When they visited San Jose in March of 1935, they played against the local Japanese American team, the San Jose Asahi. The visiting Tokyo Giants players stayed at the De Anza Hotel on Santa Clara Street, and on Sunday March 27, drove out to the Asahi Field located near the corner of what is now Seventh and Younger Streets. 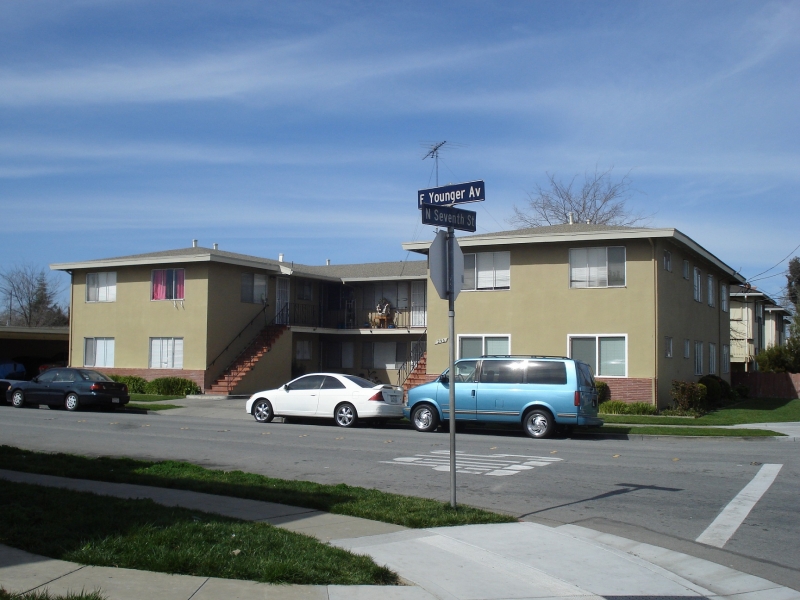 Site of the old Asahi Field at 7th and Younger Streets. The apartment building is located right where the grandstands were.

The game was essentially a pitching duel between Tokyo’s future Hall of Fame Russian pitcher Victor Starffin, and San Jose’s Russell Hinaga. Russell and his catcher Frank Shiraki held Tokyo to two runs going into the bottom of the ninth when San Jose came to bat. San Jose had one run, but needed at least another to stay in the game.  Asahi Ky Miyamoto opened with a single, and after a walk and a batter being hit by a pitch, the bases were suddenly loaded. Harry Kanemoto had instructions to bunt Miyamoto home (now on third base), but missed all three attempts.  Fortunately, the Giant's catcher missed the ball on the final attempt and Miyamoto was able to steal home, evening the score.  The next batter struck out however (Shiraki), and with Russ Hinaga coming up to bat (the pitcher and smallest member of the team), Tokyo still appeared to have the upper hand. The first pitch was a strike, the second a ball, and the third pitch Russell knocked past second base bringing Adrian Yamamoto (Onitsuka) in from third base to win the game! The local fans then poured onto the field to congratulate their heroes.

The Giant's efforts to promote an establishment of a professional league were successful, and the new league was born in 1936. In 1950, the league was split into the two modern leagues (Central and Pacific) that survive to this day.

Further reading in the California Room: