East Side Revelations - Our Lady of Guadalupe Church 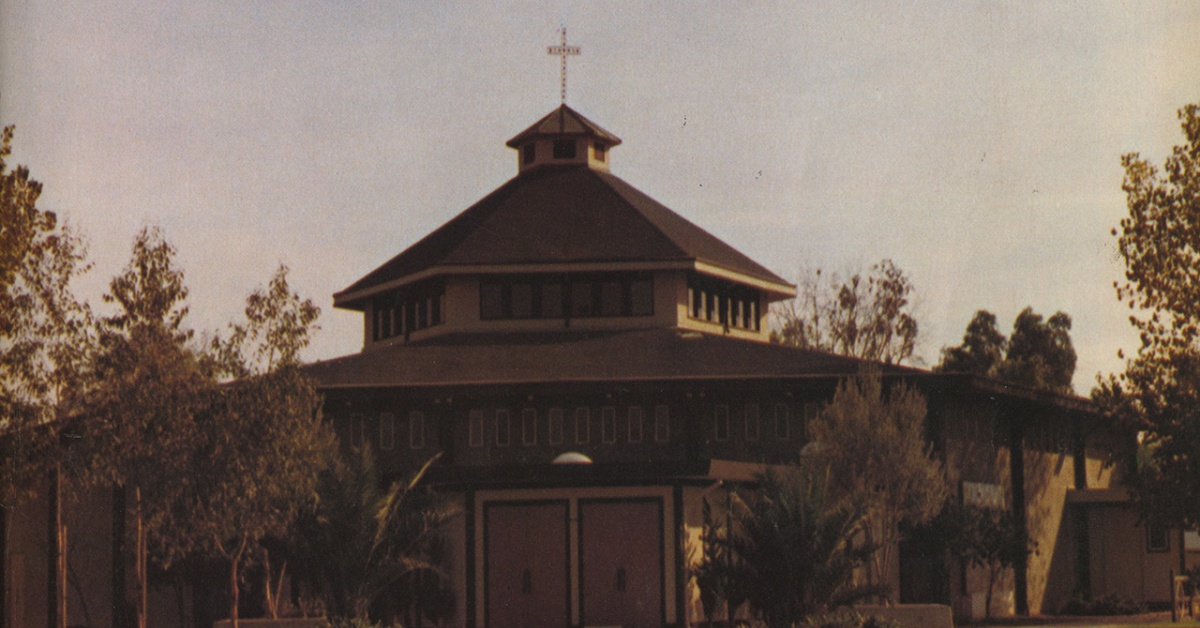 Many are unaware that prior to the 1950's, most of San José's East Side was uninterrupted farmland. It stretched towards the east foothills. Its residents were mostly migrant agricultural workers. They lived in a patchwork of rural barrios without sewers, sidewalks, or streetlights. The East Side was the area of town many turned to because they were able to find low-cost housing or because of gentrification, they were forced into this side of town.

Due to these contributing factors, very little has been mentioned about the East Side in San José history. The San José Public Library's California Room would like to put a spotlight on San José's East Side with a series of blogs that will feature individuals, businesses, and community organizations with ties to the East Side. The California Room is doing this blog series in addition to gathering materials in preparation for creating an exhibit that chronicles the social, economic, and political development of San José’s East Side. The California room is also establishing a permanent archival collection at the library. 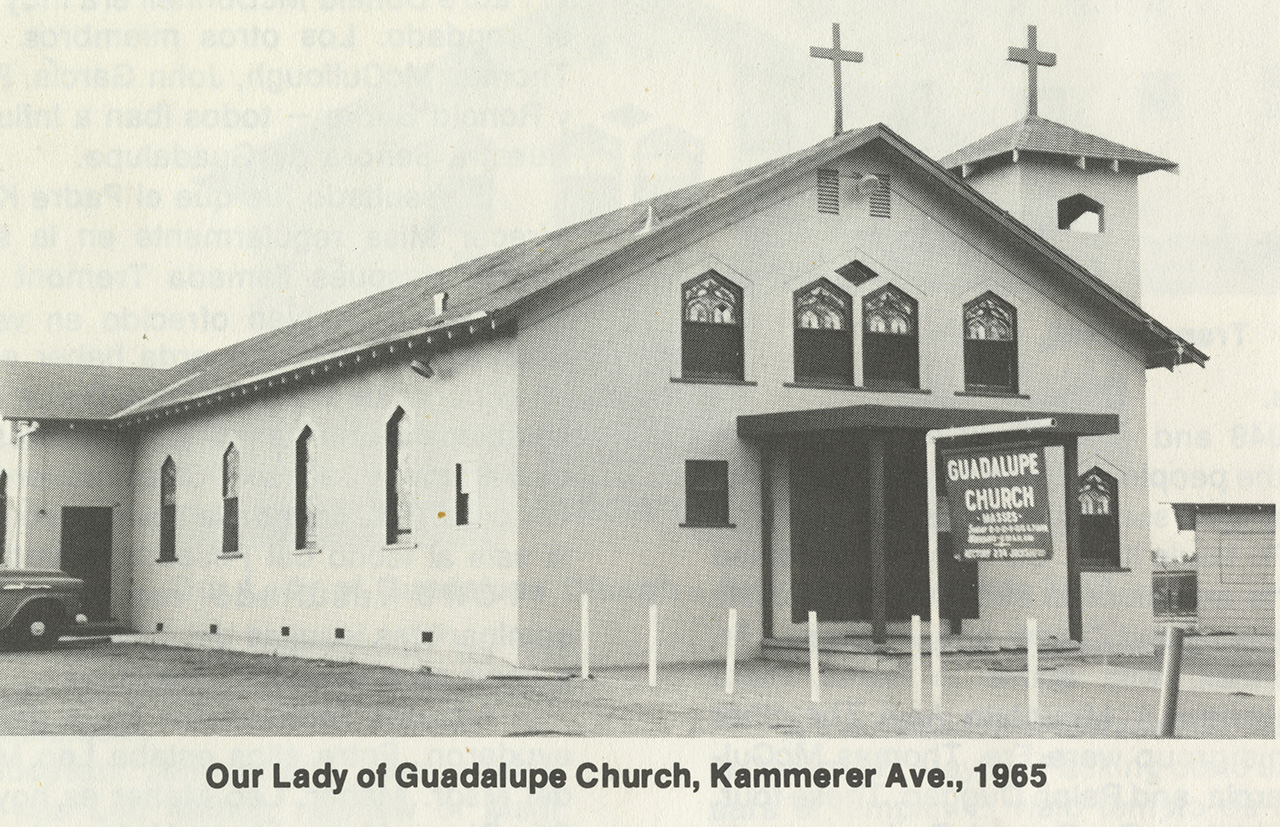 Our Lady of Guadalupe Church: Origins of the Heart

According to the Oxford English Dictionary, roots is defined as “the basic cause, source, or origin of something”. When I think of how this definition applies to east side history, I automatically think of Our Lady of Guadalupe Church. At the heart of every community is a place that brings the people together and shapes their journey forward; for those that grew up in the east side neighborhood of Mayfair/Sal Si Puedes, that place is Our Lady of Guadalupe Church.

Beginning in the 1920s, large numbers of Spanish-speaking minorities moved into Mayfair/Sal Si Puedes; restrictive housing covenants prevented them from renting or owning properties in most other areas of the city. At that time there were no places of worship in the Mayfair area that offered services in Spanish, resulting in some community members holding masses in their homes. By the 1940s, there were only two houses of worship that offered masses in Spanish in Santa Clara Valley, and neither were close to the East Side. 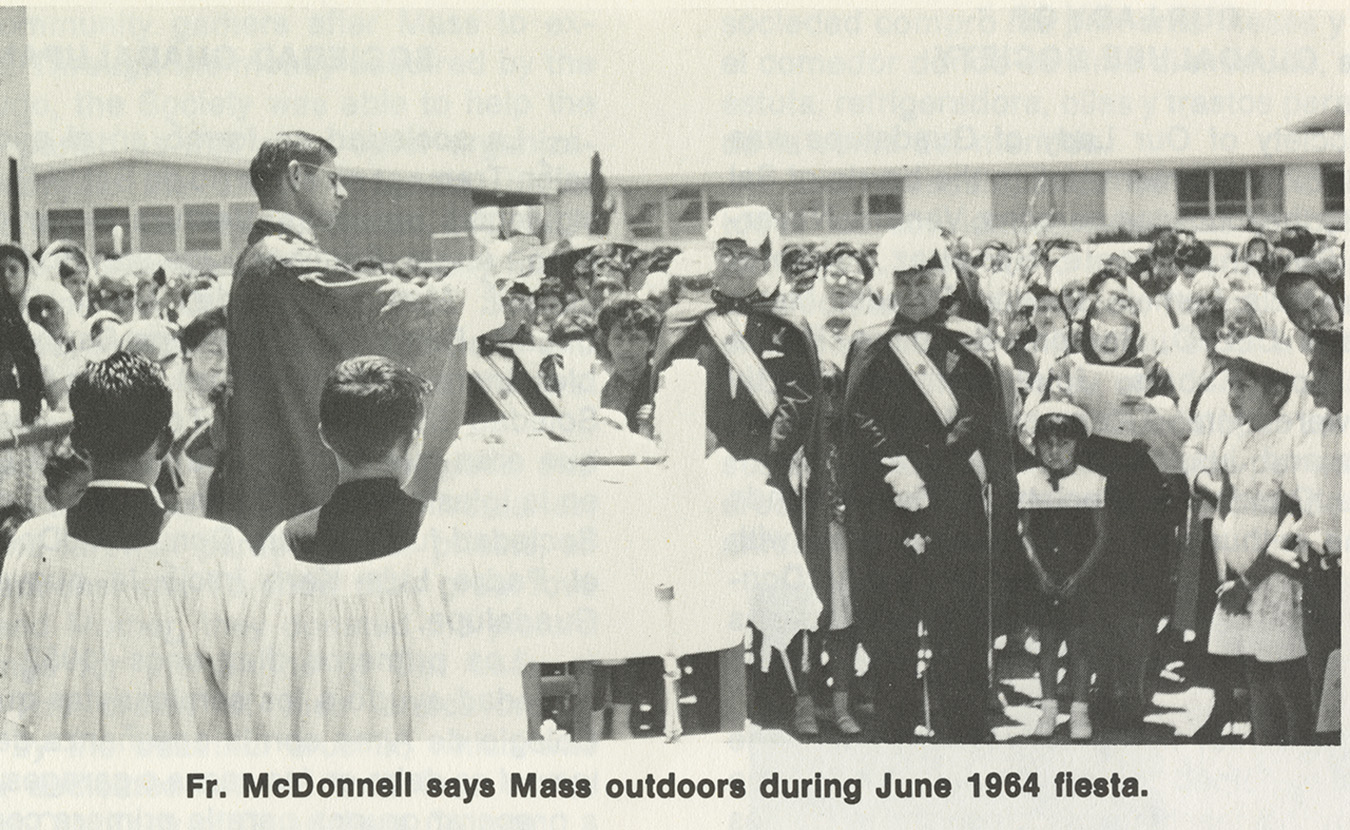 Starting with a Chapel

As the minority population of the East Side continued to grow, so did the need for a church of their own. In the 1950s the people of Mayfair sent a letter to the archbishop in San Francisco, who oversaw the Catholic institutions in the area. The letter, requesting that a church offering Spanish-language services be established in Mayfair, had over a thousand signatures. Their request was denied. It was the view of the archbishop that the people could simply attend services at the existing parishes nearby.

It was not until 1953, through the efforts of Father McDonnell, a priest who had previously been assigned to work in Santa Clara County for the archdiocese, that a church was at last established. Father McDonnell obtained 9/10ths of an acre on Kammerer Avenue from the Mayfair Packing Company and worked with members of the community to relocate the old St. Martin’s church building to the new lot.

On October 18, 1953, the first mass was held at “Our Lady of Guadalupe Mission Chapel”. But it was not until the appointment of Father Anthony Soto on June 30, 1962 that the Guadalupe Mission Chapel would officially become Our Lady of Guadalupe Parish. However, the archbishop did not permit the parish to be nationally recognized and the scope of its influence remained bounded by the Bayshore Highway, Story Road, Capitol Avenue, and Maybury Road. 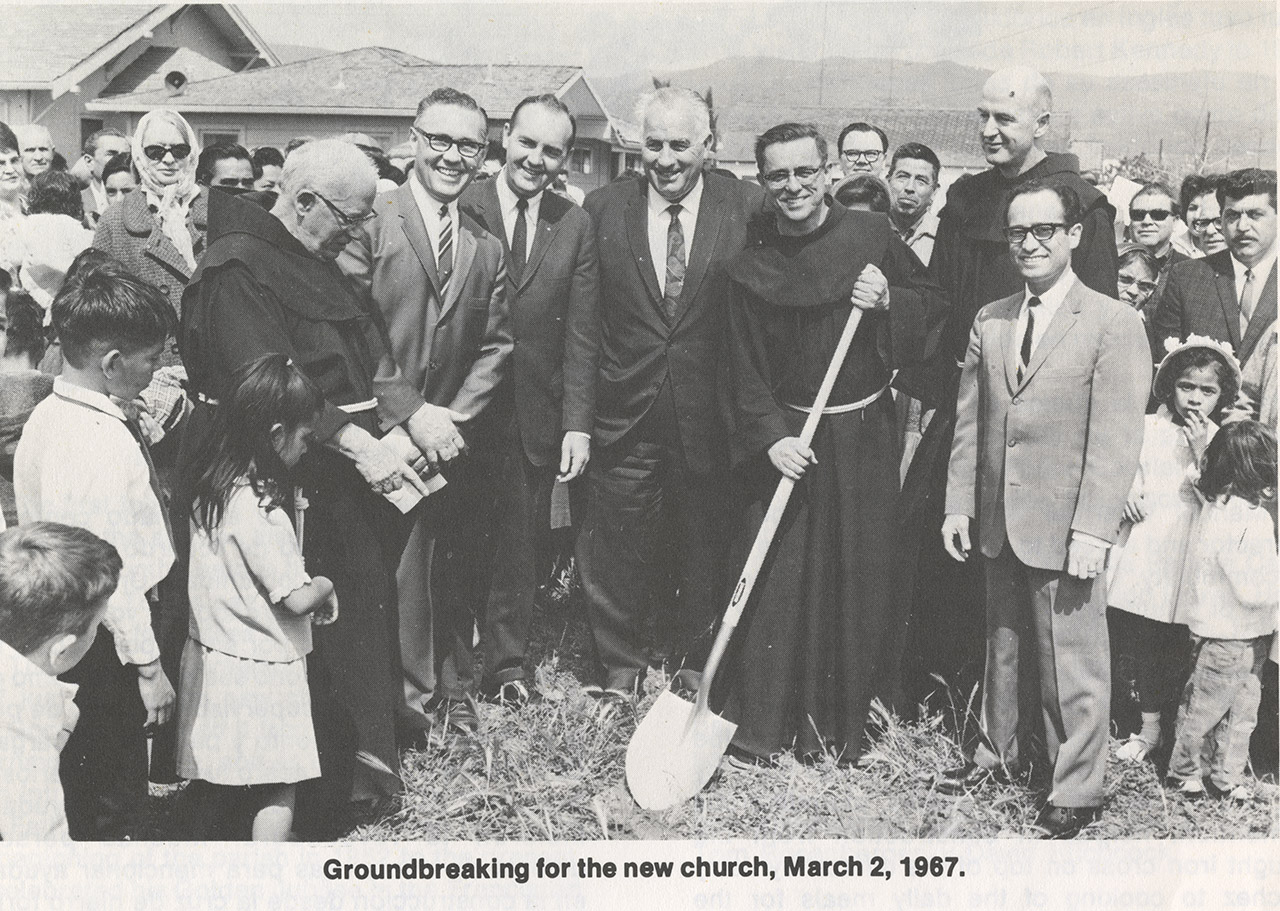 Built by Its Own Congregation

The new chapel was far too small to accommodate all those who wished to attend its services. Together the community and church worked out a solution. Land was purchased between the existing chapel on Kammerer Avenue and East San Antonio Street. The church paid for the building materials and the community provided the labor. On March 2, 1967, the ground was broken at the site of the new church.

Completed in November 1967, the church was only the third in California to have been built by its own congregation. The old mission chapel building became a historic landmark and was renamed McDonnell Hall in honor of the man who had given the people of Mayfair their first place of worship. 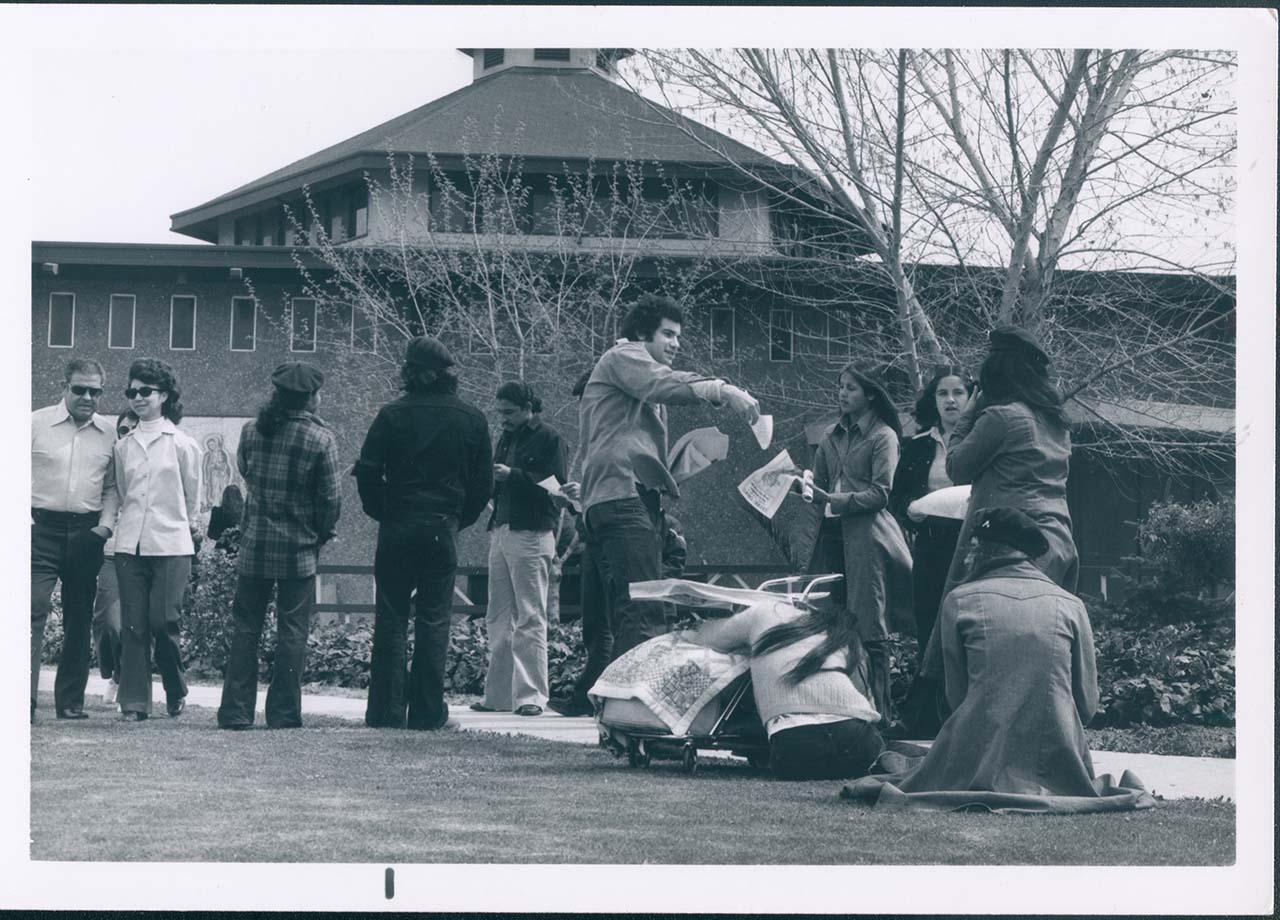 Becoming the Heart of the Community

More than a mere church, Our Lady of Guadalupe became the heart of the community. It was the default location not just for masses, but for community services, festivals, weddings and so on. It was the nexus of organizing and activism on the East Side—the birthplace and meeting place of numerous organizations that benefited the East Side community, such as the Catholic Council for the Spanish Speaking, the Community Service Organization (CSO), the Community Alert Patrol (CAP), the Opportunities Industrialization Center, the Amigos de Guadalupe, and many others.

To this day Our Lady of Guadalupe church remains rooted in the heart of many Eastsiders, making it a true East Side Legend. 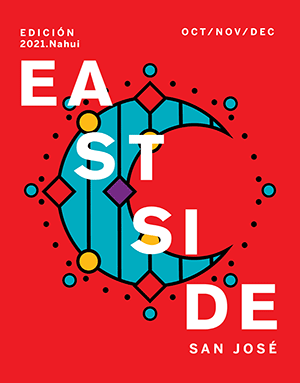 Please join us again for, "East Side Revelations – Part 4," where we will place the spotlight on another East Side Legend.

Your Comment
What a beautiful tribute to the church and community that shaped my life and blessed my future. I am the daughter of a Mexican immigrant, and I am proud to have been baptized at Our Lady of Guadalupe in 1959.
My family and I are eternally grateful to Father McDonnell who found work for my father. Although he was a good and faithful employee for 40 years, it always humbles me to think how differently my life might have turned out were it not for the selflessness and dedication of Father McDonnell, Father Anthony, and my church community.
Please let me know if I can be of any assistance.

Your Comment
Thank you for highlighting the Church I first attended as a child and which is my Church as an adult. Although I know history of the Church, there is some information I learned from it. I fully agree, for many people Guadalupe Church is the focal place in our community.

Your Comment
My Father grew up in a tent that was in the grounds of what is now Guadalupe Church. He and 2 others 10 total lived in the tent. We are not immigrants. My Family is Native Mission Indian of California and Chicano from Sal Si Puedes. This church had a long history to become the center of religious spiritual solace and teaching for a community in desperate need of both from a religious institution.

The indifferent that Father McDonnell and Anthony Soto were treated is the beginning of the Barrio coalescing around a cause for the people people. Please do not gloss over this incredibly important story in Chicano History. It was in that hall that Cesar Chavez during the summer of 1965 that the philosophical spiritual intellectual approach to the the 1965 Delano strike was formulated. Larry Italong was vital to this cause as it was Filipinos under Senor Italongs direction that no more were the people gonna accept being disrespected. Please add more to this critical piece of Chicano History. That Barrio is birth place to 3 powerful Mexican Civil rights movements.

Your Comment
This was a beautiful and enlightening story. A great story for this time of year, to remind us not to take things for granted, there has always struggles that have prevailed for the good of everyone!! God bless everyone that have given there time and dreams to this church!🙏❤

Your Comment
Very proud to have been in the CA Committee to recognize and establish the Fr. McDonald Hall as a CA Historic Site.
My Fr. Salvador Carrillo Knew and kept in contact with Cesar Chavez by mail.

Your Comment
There aren't enough words to describe how Iam feeling for what C.C did for the fairness that we Hispanics deserved my entire family going back to the 1920 we were all farm workers and I personally experience the predijice and un fairness an lack of odd housing in the fields breaks. Pay we picked fruit year in an year out I still remember being 9 yrs old and being out there working with my entire family sun up till down working in order to have clothes for school and food on the table all 10 of us just never quit I worked out there until I was able to get into Hi School. An by Cesar Chavez his love for his people if hadn't it been for his determination and hard hard work to fight for our fairness we Mexicans would of never had the Change that he fought for us the Heart he had an Thank God that he will always live in our hearts and lives because everytime that we go in somewhere for work we can always walk in and feel that it's because o Ceasr Chavez that we are going to have a huge Change in getting that job.Thank you Ceasr Chavez. We will always love you. An we will continue to make you proud. Be with God. Amen 🙏.

Your Comment
I was actually googling for information on Fr. Gabriel McCarthy OFM because I was reading about Irish Franciscans. Although his name is not mentioned, he is the priest on the left of this photo: Fr. Anthony Soto is in the middle but Fr. Fernando Reyes is not. What is most surprising is that in the back row center is my brother, John L. Bernstein Jr. smiling broadly. My family had moved from New York City to Bambi Lane a few blocks away in 1960. I was in first grade but my brothers and mother became very active in many aspects of the parish life including teaching CDC classes, Holy Name Society and the St. Vincent De Paul.

Your Comment
Missing is documentation of the old mission Of Our Lady Of Guadalupe and humble beginnings and out reach of Father McDonnell's activity in the area known as Sal Si Puedes, and some things observed in early childhood to teenage and early adulthood.

Your Comment
You will find much more information about members who lived and donated exceptional time to East Side Dreams at this district office, in pictures, and hall of fame displays that connect to the east San Jose contribution of dreams.