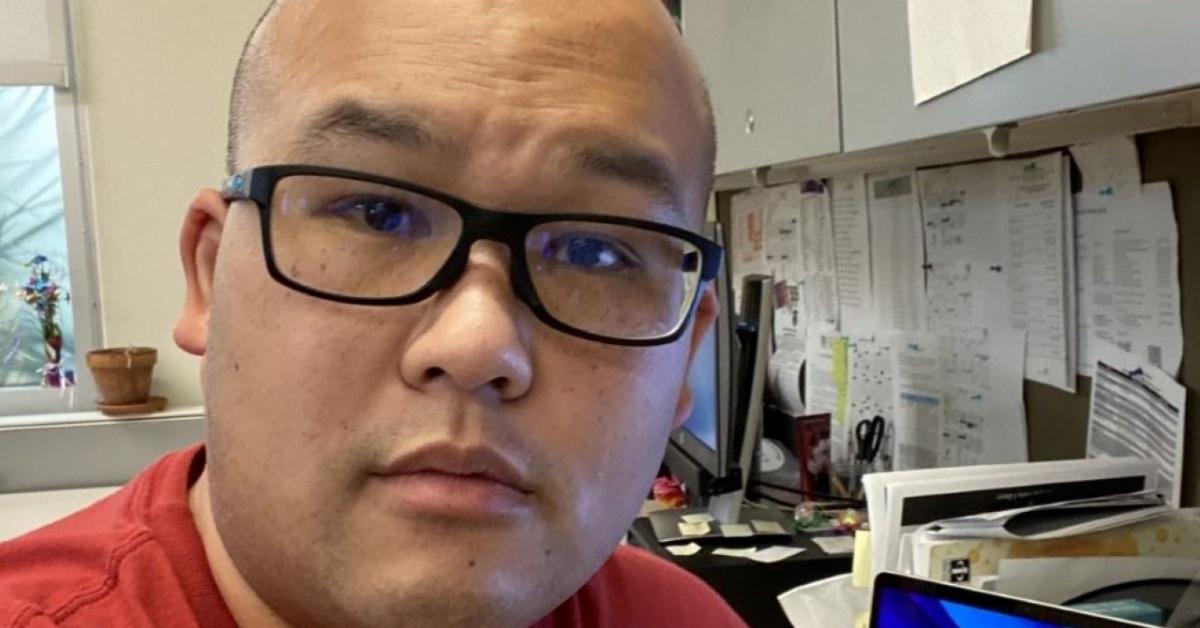 Pathfinder is a series of blogs about intrepid library staff who lead or are a part of interesting programs that you may not yet know about.

Librarian Binh Tran is what one might call a Renaissance man or a polymath.  Well-spoken, knowledgeable, and personable, Binh is a great scholar and librarian!

I first heard the term Renaissance man when hearing a description of a relative.  This relative has been a radio operator on a submarine, tool and die maker, journalist, carpenter, electrician, mechanic, translator, furniture maker, and school board member.  Every endeavor that he undertakes is deliberately researched and tested.  He gains an encyclopedic knowledge in each of his interests.

For instance, when this relative was researching how to make a rocking horse for a child, he researched the best wood, saddle, non-toxic paint, horse hair, and shipping options.  His artistic creation was astonishing for someone who had never made a rocking horse before.

Like this relative, Binh has a habit of looking for new knowledge.  As I read Binh’s descriptions of his varied activities, I realized that Binh is also a Renaissance man!

In addition to his work as a librarian, the following are some of Binh’s former and current interests:

The latter three interests led him to be one of San José Public Library’s first video editor “go-to-guy.”  I remember Binh setting up a Virtual Programming meeting on Zoom about editing on April 10th, mere weeks after the libraries went virtual.  He provided an important informative meeting about how to improve the first rudimentary virtual library videos.  Willing to share his extensive knowledge, I remember feeling reassured and comfortable after attending his meeting.

Binh is a part of a remarkable group of library video editors who have volunteered their services:  Mercedes Navarro, Cassidy Pham, Daniel Ong, Adam Padilla, Hang Dong, Todd Tyrna, Stephanie Armatis, Melissa Datu, Mark Lorenson, and Alyssa Mendoza.  Each of these people help those who make virtual programming videos and each bring extensive knowledge and experience.

The activity that led to Binh’s interest in library video editing was his annual work on the Mecha (Giant Robot) Showcase videos for Fanime Con’s yearly Robot Armageddon Panel.

In particular, Binh learned how to edit Mecha (Giant Robot) Showcase videos for the Panel.  He found that the editing skills that he developed in preparing the Robot Armageddon videos were useful when the libraries shut down and moved to virtual programming.  Since then, he learned “how to edit and to do graphic design for many of Early Education’s Virtual Storytime Videos for the Library’s Virtual Programming Initiatives.”

He has been “dusting off that old skill and using it regularly.”  As of this writing, he has “shot, recorded, designed and/or edited more than 35 videos (not counting unpublished cuts and versions for the library, which would go into triple digits at this point) for the library.”

Binh believes that the role of the library in society has become even more important in this remote environment.

The Role of Virtual Library Programs in the Pandemic

Binh has been thinking about the role of libraries as a whole: “What are libraries for in the information age?” “What can a library do for me that Google can’t?”

He explains that libraries have a lot to offer through virtual programming.  Creating access for non-traditional users has been important.  Here are some of the ways that libraries can now provide services:

He says that “Yes, it’s true, the world is changing, but libraries and librarians aren’t just here to bemoan that change; we’re here to help our customers through it every step of the way.”

As a testimony to Binh’s experiences as a virtual program editor, he related how some customers “felt afraid, and that their kids were really scared. It felt like everything was falling apart, and they were losing their connection to their community.”  The libraries provided a sense of “normalcy and connection through the library’s virtual programming including: pre-recorded storytimes, or live programs. Customers have found ways to reconnect and they don’t feel alone anymore.”

If you have any questions, please leave a comment below!

Your Comment
Thanks for highlighting our wonderful colleague. I love it. I love Binh's point-of-view.

Reply to Intrepid leader in our new virtual age

Your Comment
Thank you, Jo-Ann. I agree that Binh is a wonderful colleague and has a great point-of-view!