It's a new year, so let's look to the future! Here's a fun question: would you rather be stuck in a simulation you can't get out of or stuck onboard a rocket ship you might never get off of? These two shows have sparked this lively debate for us. Watch these great futuristic brain-benders and pick your own poison.

One Reason You Should Watch Westworld 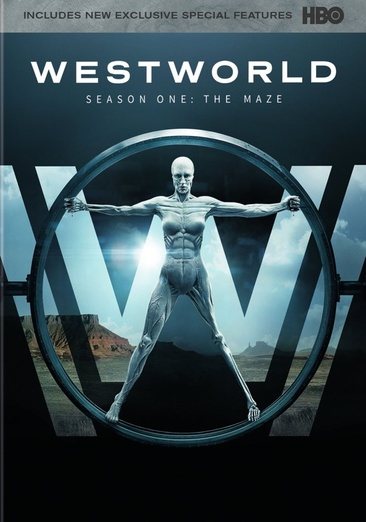 Lowell: Westworld is aesthetically mesmerizing. That is my top reason for watching this show about a futuristic theme park where guests interact in the simulation of their choosing. Westworld is probably some of the best science fiction on television, and the Westworld fandom in general might be drawn to this show for the "what if" scenarios. The show is also philosophical: exploring the topic of free will thoroughly. But, when I start to think too heavily on the singularity, I get a headache. At the end of the day, I enjoy the beautiful vistas, costumes and general grandiose of every set. Even the intro/opening credits are pretty cool to watch, especially once I realized a giant 3D printer was (supposedly) churning out the life-like hosts. Call me shallow, but I simply like the beauty of it all. Perhaps I would be the sort of host whose loop would consist of laying out my flawless sets of identical apparel to pontificate in front of a beautifully-fake sunset. Perhaps it is my loop! I can't even write about this show without questioning if what I like is really what I like, or what I am programed to like. See?

Appleberry: Westworld has been on my to-watch list for a while but it seems like the more that people tell me I have to watch it, the less urgency I feel about getting to it. This is petty, I know, but I really feel like all that hype can lead to disappointment sometimes. Not the case here. Lowell nailed it about the visual appeal but I think the cast is what really makes it work for me. Everyone is so good! The performances and visuals really complement each other and serve the story perfectly.

L: This show can definitely make one feel lost, but episode 4 of the first season "Dissonance Theory" is a wait-for-it in terms of clues. In this episode I remember feeling like I gained better footing. I recall feeling as though I refocused. I had been paying too much attention to one character and realized that I might have been fixated on the wrong person - er, robot. Obviously, every character in this darn show is going to be dropping clues like they're hot, the trick is picking up on them. In this episode I started to recognize Maeve -- a brothel madam, played by Thandie Newton. Up until episode 4, viewers were nudged toward Dolores' emerging self-awareness. Maeve begins to shine in this episode, and that is all I can say without ruining things.

A: I was in from the credit sequence. "The Original" is the first episode and shows us the lay of the land and establishes the rules of the Westworld theme park. I usually like to get past the exposition and backstory but Westworld does it pretty seamlessly. Right from the start there's this ominous tone about the show and even though nothing has gone really wrong yet, you can just feel that it's building towards something terrible.

One Reason You Should Watch The Expanse 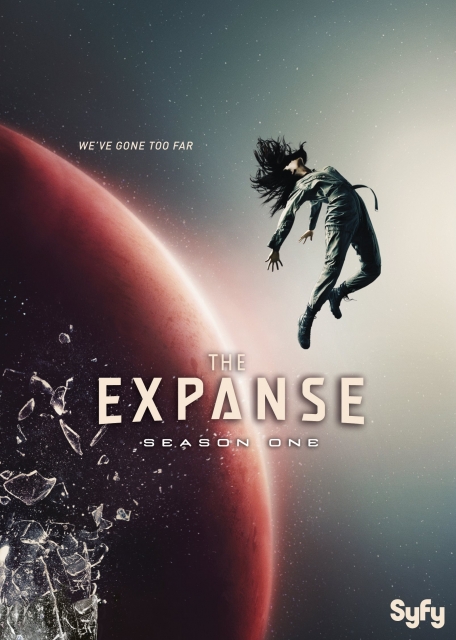 A: Well if you like a complex storyline, this is the show for you! There is political conflict, corruption, and a simmering revolution all somehow connected to the disappearance of the daughter of one of the wealthiest families in the world... or galaxy, I guess. I still don't quite understand everything that's happening on The Expanse, but that's kind of the fun - figuring out how all the slowly emerging details fit together.

L: Now, this show is my jam. When I watch sci-fi, I want it to involve space exploration. I want time travel. If you are like me, and like a good space opera, this show will not disappoint you. The Expanse packs in a mean space ship battle, with high-tech weaponry and what-not. It could practically be The Hunt for Red October, only in zero-G...and no major awards (yet). The summary of this show is as follows: hundreds of years in the future, humans have colonized the solar system. The political powers that be are Earth (United Nations), Mars and the Outer Planets. The main characters are a group of ice haulers, and one former Martian naval pilot, whose tragic paths cross with a washed-up, alcoholic detective obsessively tracking a missing girl through the solar system.

A: Episode 3, "Remember the Cant", was where I really started to pay attention, especially to the character of Chrisjen Avasarala, UN Deputy Undersecretary of Something or Other. Mars is being blamed for an attack on an ice hauler (The Canterbury or Cant for short) and riots have broken out on Ceres. Avasarala uses her political savvy to discover that Mars isn't behind the attack and that someone is trying to start a war.

L: I say hang in there until Episode 4, "CQB," when the real action starts! I thoroughly enjoy Avasarala's character as well, and I think the creators do an excellent job portraying her as the overlooked, yet crucial player in a room full of macho heads of state. That being said, the (soon-to-be) four-person crew of Holden, Naomi, Amos and Alex provide the bests scenes in this whole series. I distinctly remember being in awe of a couple of scenes in this high-intensity episode. The first is when the crew is locked in the hull of a Martian ship just as a full-fledged fire fight breaks out between the ship they are on and another unfriendly. A projectile rips completely through and does some major, bloody damage. The second breath-taking moment for me involved a bit of slow-motion, low gravity ballet where Holden asks Naomi to trust her (foreshadowing!) as he kicks her off a bridge in the hangar bay in order to use her momentum to save them both. The choreography is amazing, and if you can't already tell, makes me geek out.

... Lowell takes on the role of Mr. Manager. And Appleberry gently reminds Lowell that we just say manager.