All summer long I've been dreaming about Travel.

I want to eat chocolate gelato and float in a gondola somewhere in Italy.

I want to take a ride in a huge red double Decker bus, on my way to afternoon tea somewhere in London.

I want to go shopping and eat macaroons from Laduree, somewhere near the Eiffel tower in Paris.

A girl can dream anyway.

In case your like me and can't afford to go traipsing through Europe this summer, here are some nostalgic travel reads to help you imagine and plan your future summer vacations. 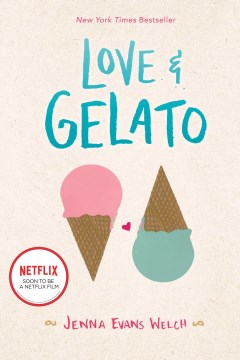 Lina is spending the summer in Tuscany, but she isn’t in the mood for Italy’s famous sunshine and fairy-tale landscape. She’s only there because it was her mother’s dying wish that she get to know her father. But what kind of father isn’t around for sixteen years? All Lina wants to do is get back home.

But then she is given a journal that her mom had kept when she lived in Italy. Suddenly Lina’s uncovering a magical world of secret romances, art, and hidden bakeries. A world that inspires Lina, along with the ever-so-charming Ren, to follow in her mother’s footsteps and unearth a secret that has been kept for far too long. It’s a secret that will change everything she knew about her mother, her father—and even herself.

People come to Italy for love and gelato, someone tells her, but sometimes they discover much more. 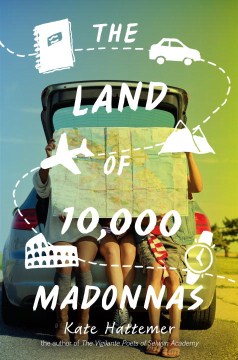 The Land of 10,000 Madonnas by Kate Hattemer

Five teens backpack through Europe to fulfill the mysterious dying wish of their friend.

Jesse lives with his history professor dad in a house covered with postcards of images of the Madonna from all over the world. They’re gotten used to this life: two motherless dudes living among thousands of Madonnas. But Jesse has a heart condition that will ultimately cut his life tragically short. Before he dies, he arranges a mysterious trip to Europe for his three cousins, his best friend, and his girlfriend to take after he passes away. It’s a trip that will forever change the lives of these young teens and one that will help them come to terms with Jesse’s death. 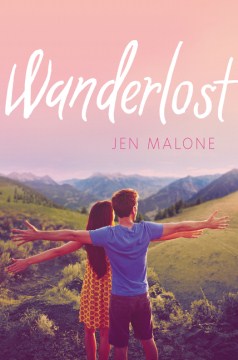 Not all those who wander are lost, but Aubree Sadler most definitely is on this novel’s whirlwind trip through Europe.

Aubree can’t think of a better place to be than in perfectly boring Ohio, and she’s ready for a relaxing summer. But when her older sister, Elizabeth, gets into real trouble, Aubree is talked into taking over Elizabeth’s summer job, leading a group of senior citizens on a bus tour through Europe.

Aubree doesn’t even make it to the first stop in Amsterdam before their perfect plan unravels, leaving her with no phone, no carefully prepared binder full of helpful facts, and an unexpected guest: the tour company owner’s son, Sam. Considering she’s pretending to be Elizabeth, she absolutely shouldn’t fall for him, but she can’t help it, especially with the most romantic European cities as the backdrop for their love story. 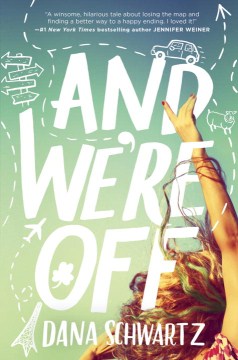 And We're Off by Dana Schwartz

Seventeen-year-old Nora Holmes is an artist, a painter from the moment she could hold a brush. She inherited the skill from her grandfather, Robert, who's always nurtured Nora's talent and encouraged her to follow her passion. Still, Nora is shocked and elated when Robert offers her a gift: an all-expenses-paid summer trip to Europe to immerse herself in the craft and to study history's most famous artists. The only catch? Nora has to create an original piece of artwork at every stop and send it back to her grandfather. It's a no-brainer: Nora is in!

Unfortunately, Nora's mother, Alice, is less than thrilled about the trip. She worries about what the future holds for her young, idealistic daughter and her opinions haven't gone unnoticed. Nora couldn't feel more unsupported by her mother, and in the weeks leading up to the trip, the women are as disconnected as they've ever been. But seconds after saying goodbye to Alice at the airport terminal, Nora hears a voice call out: "Wait! Stop! I'm coming with you!" 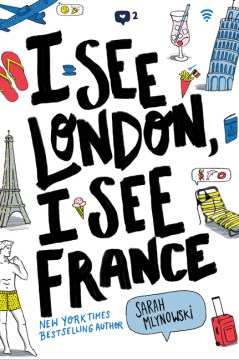 I See London, I See France by Sarah Mlynowski

Nineteen-year-old Sydney has the perfect summer mapped out. She’s spending the next four and half weeks traveling through Europe with her childhood best friend, Leela. Their plans include Eiffel-Tower selfies, eating cocco gelato, and making out with très hot strangers. Her plans do not include Leela’s cheating ex-boyfriend showing up on the flight to London, falling for the cheating ex-boyfriend’s très hot friend, monitoring her mother’s spiraling mental health via texts, or feeling like the rope in a friendship tug-of-war.

As Sydney zigzags through Amsterdam, Switzerland, Italy, and France, she must learn when to hold on, when to keep moving, and when to jump into the Riviera…wearing only her polka-dot underpants. 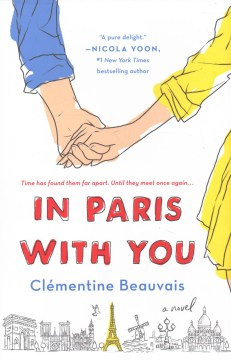 In Paris With You by Clementine Beauvis

Eugene and Tatiana had fallen in love that summer ten years ago. But certain events stopped them from getting to truly know each other and they separated never knowing what could have been.

But one busy morning on the Paris metro, Eugene and Tatiana meet again, no longer the same teenagers they once were.

What happened during that summer? Does meeting again now change everything? With their lives ahead of them, can Eugene and Tatiana find a way to be together after everything? 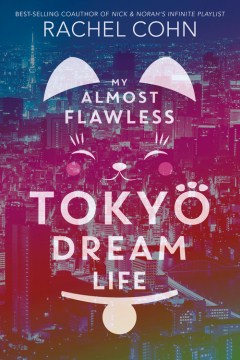 "I'm here to take you to live with your father. In Tokyo, Japan! Happy birthday!"

In the Land of the Rising Sun, where high culture meets high kitsch, and fashion and technology are at the forefront of the First World's future, the foreign-born teen elite attend ICS-the International Collegiate School of Tokyo. Their accents are fluid. Their homes are ridiculously posh. Their sports games often involve a (private) plane trip to another country. They miss school because of jet lag and visa issues. When they get in trouble, they seek diplomatic immunity.

Enter foster-kid-out-of-water Elle Zoellner, who, on her sixteenth birthday discovers that her long-lost father, Kenji Takahari, is actually a Japanese hotel mogul and wants her to come live with him. Um, yes, please! Elle jets off first class from Washington D.C. to Tokyo, which seems like a dream come true. Until she meets her enigmatic father, her way-too-fab aunt, and her hyper-critical grandmother, who seems to wish Elle didn't exist. In an effort to please her new family, Elle falls in with the Ex-Brats, a troupe of uber-cool international kids who spend money like it's air. But when she starts to crush on a boy named Ryuu, who's frozen out by the Brats and despised by her new family, her already tenuous living situation just might implode.