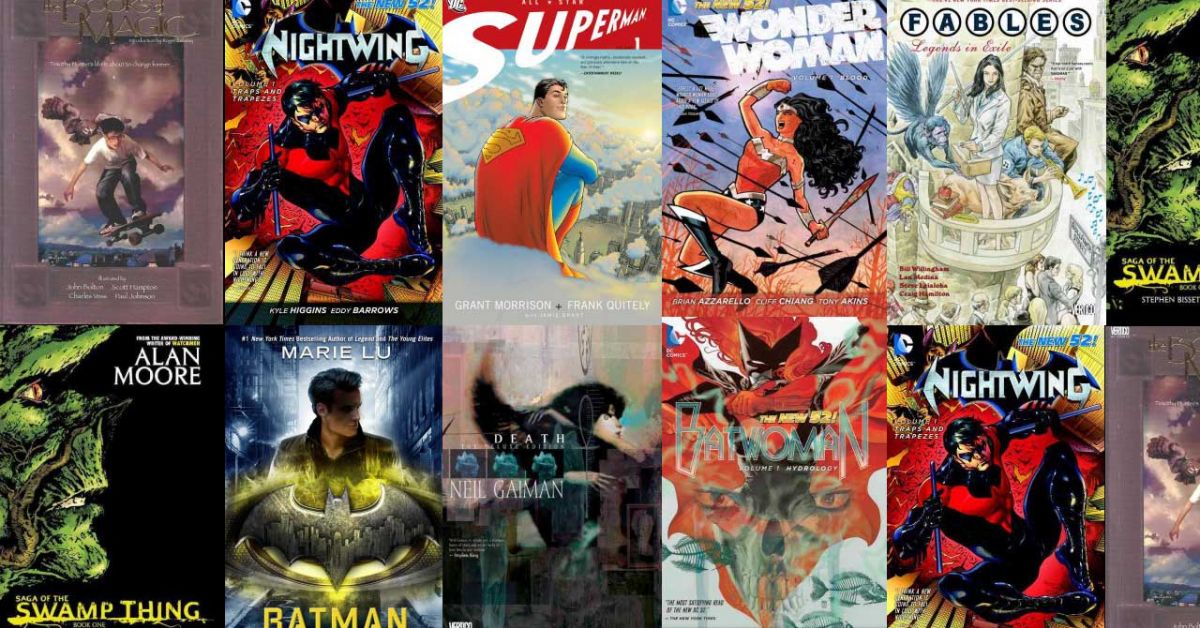 Our new, limited edition DC Comics library card will be available starting on Batman Day, this Saturday, September 21, 2019! When you visit one of your local San Jose branch libraries to pick up your new card, browse our collection and enjoy any of these staff-recommended DC books. 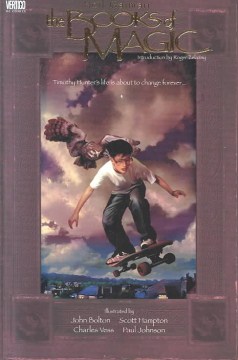 The Books of Magic by Neil Gaiman

Years before Harry Potter, another young wizard by the name of Timothy Hunter was introduced to the world of magic. In the early 1990s, Vertigo published The Books of Magic featuring the 12 year old Timothy, who is slated to become the world's greatest magician. He is accompanied on his adventure by John Constantine and Zatanna, and encounters characters from Neil Gaiman's Sandman series. This limited series contains has a rather mythic quality in its' stories and a painterly quality to its' artwork, very much indicative of Neil Gaiman's other work on the Sandman series. 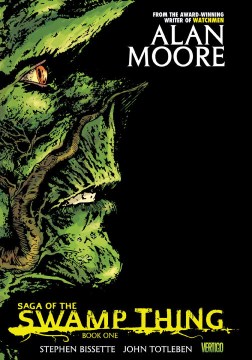 Saga of the Swamp Thing, Book 1 by Alan Moore

The character of The Swamp Thing was originally created as elemental creature intent on combating the destruction of the natural world. In the early 1980s, the character had new life breathed into him through the writings of Alan Moore. Alan Moore's Swamp Thing definitely shares a mythic archetypal quality with that of Britain's Green Man (a figure which exemplifies the natural and the sacred). The Swamp Thing series also features cameos from the characters of John Constantine, Zatanna, Hawkman, and Batman. Dick Grayson, Batman's former ward, must now embrace his destiny alone as the high-flyer Nightwing. Haly's Circus, where Dick grew up and performed under the big top, returns to Gotham City, bringing with it murder, mystery and superhuman mayhem.

Everyone has heard of Batman, but have you ever heard of Nightwing? This DC Comics hero uses his circus training to his advantage, showcasing his skills while defeating bad guys. 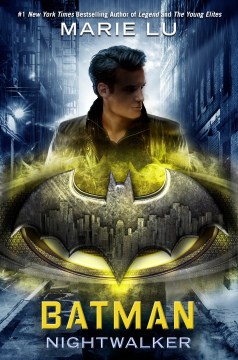 Before he was Batman, he was Bruce Wayne... Bruce is turning eighteen and about to inherit the entire Wayne fortune; however, after a run-in with the police, he's forced to do community service at Arkham Asylum, the infamous prison that holds the city's most brutal criminals. In Arkham, Bruce meets Madeleine, a brilliant girl with ties to the Nightwalkers, a gang terrorizing Gotham City. Madeleine is the mystery Bruce must unravel. But is he getting her to divulge her secrets, or is he feeding her the information she needs to bring Gotham City to its knees? Bruce will walk the dark line between trust and betrayal as the Nightwalkers circle closer.

Bruce Wayne/Batman's history is a familiar tale, but what I thought was great about this book was that it was not quite an origin story and offered insight into Bruce's life before becoming Batman. I liked the different take on Bruce as while he is still affected by the loss of his parents as a child, he is not yet the broody dark knight we know and there a lightness to him. There were many familiar faces featured in this book like, Alfred, Harvey, and Lucius. I also liked seeing all the glimpses of Bruce's future as Batman throughout the book, especially when he uses his intelligence and skills in dealing with the Nightwalkers and Madeleine. Speaking of Madeleine, she was such an interesting character and a fantastic anti-hero. I loved that you were never too sure of her because she was very sweet and charismatic, but at the same time very scary and creepy. The romance between Bruce and Madeleine was really great as well, and I loved the chemistry between them. I am actually very sad that Madeleine is only in this book because I thought she was such a great addition to the Batman universe. There so much potential with Madeleine and I would love to see more of her and Bruce together. 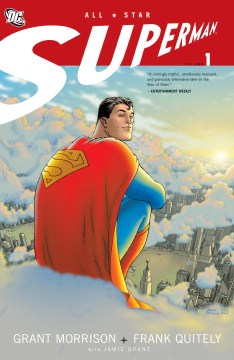 The whole point of Superman is that he’s all powerful and incorruptible. I didn’t “get” Superman as a character until reading Grant Morrison’s quintessential story of the Man of Steel, which isn’t so much a hero’s journey, but more a connected anthology of the tireless efforts of a benevolent guardian deity.

The book’s setting is self-contained and not tied into the main DCU continuity. This accessibility is matched by the author’s otherworldly concepts given life by the comic medium, showing Superman’s world at its most intriguingly bizarre. So since everyone already knows Superman’s origin story, it’s a treat for comic fans, as well as curious readers that want to see why this character is so enduring. 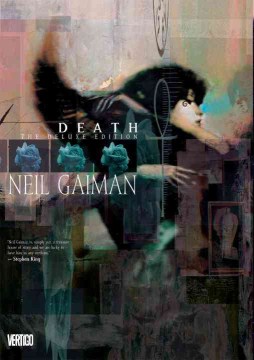 Death is the sister of Dream, the Sandman, and both are one of the seven Endless: personifications of metaphysical concepts. To better understand the lives she takes, Death spends a day among the living once every century.

If you’re only going to read one of Death’s stories, Death: The High Cost of Living is one of the best , and it is also included in the collection above. Death spends her one day with a suicidal teenager, uplifting the people the two of them meet while her charm and liveliness are apparently lost him. As in some of the other stories from the larger collection, she reminds her young friend that though all seems lost, he still has his life, the one precious gift we all share. Death will undoubtedly show up in the recently-announced Sandman series on Netflix, and I hope they devote an episode or two to one of these stories. Brian Azzarello's and Cliff Chiang's reinvention of Wonder Woman's origin story is a tale of epic proportions. Featuring the Greek pantheon, this storyline pits Diana against the wrath of the gods as well as her Amazonian sisters. Despite what is thrown at her, Wonder Woman remains true to herself and her values, even when everyone is against her. The art of this series is fresh and impeccable, and while some may think it feels flat, this graphic representation that almost mirrors ancient art is perfect for a comic immersed in mythos. A fun read for new fans and old, the Azzarello/Chang run of Wonder Woman is a unique representation of what Diana is made of.

Meet Kate Kane, a Marine who was dishonorably discharged due to Don't Ask Don't Tell after being confronted about her sexuality. With a military background, enough firepower to give the Batcave competition, and occasionally teaming up with Wonder Woman; Batwoman is someone you don't want to miss or mess with. She also manages to keep her identity a secret from her girlfriend, Commissioner Maggie Sawyer. Drenched in lore and gorgeous watercolor illustrations, the Williams and Blackman's run can't be beat. You can also find Batwoman in the fun Bombshells series, which features many DC heroines and villains in a retro WW2 alternate universe. 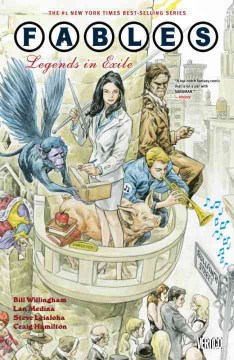 When a savage creature known as the Adversary conquers the lands of legends and fairy tales, the exiled magical characters create their own secret society in modern-day New York called Fabletown. Hundreds of years later, our story begins after a murder and it's up to Sheriff Bigby, the reformed Big Bad Wolf, to figure out what's really going on in Fabletown. This imaginative series revisits numerous fairy tales and characters, weaving an integrated tale. And as a comic series over a decade in the making, winner of 14 Eisner Awards, and spanning 22 trade paperbacks, Fables is an epic in its own right. Get ready to laugh, cry, and have your heart stomped out at 2am long after you should have gone bed. Bonus: Play the critically acclaimed game The Wolf Among Us, a prequel to the series, to immerse yourself in Fabletown.