Every year people want to get into shape as part of their New Year’s Resolution. Despite the pandemic, this coming year will probably be no different for many would-be resolutions. For many people, this usually means going to the gym and hitting the dumb bells for about a month. I’d like to address one method of getting in shape that can be done without a gym, and is perfectly safe within quarantine parameters: running.

In December 2002 after losing a few pounds, I noticed that I was running faster and longer on the treadmill. In early 2003 I resolved to run a marathon. It would take almost twelve years of training to finally cross the finish line for the first (okay, only) time on my daughter’s birthday in 2014. What kept me on track was my determination to finish what I started and complete the goal. So here are some of my own tips for running in the New Year that might help until the gyms are open again, and can be done safely during the pandemic:

There are times when you might miss a few days or even a few weeks. It is that point when your commitment may waiver. Realizing that you can get back to where you were before and you can resume the hobby over that period of time is possible. The key to success lies in the overall commitment and getting back into it of being away from it for a while. During what was my most serious injury, I was out for over a month. I was afraid—could I start again? Would I get injured again? I started with a slow mile. Then I ran faster and gradually increased the distance. About a month later I was back to where I began. It took much less time than I had anticipated. But it had to start with my commitment to getting back to it and starting over again. My biggest challenge was mental, not physical.

This is critical advice for the new runner. Find your pace, find your stride, find your miles. This is one reason why I got injured early in my running career. I needed to learn to listen to my body and sense when I’ve had enough. It took a lot of practice, and it’s easy to get carried away as I did in the first few years. Keep pace and pay attention to what your body is telling you. Once you’ve met one milestone, then look to the other one. Increase gradually and consistently, and this will help you to avoid injuries, particularly at the beginning.

One reason running is nice because you really only need to buy one special piece of equipment: shoes. There are a number of outstanding running stores in the area and many very excellent people who are dedicated to running. They are more than willing to help get you into the right pair of shoes and out onto the trail.

I must confess: I’m pretty slow. I’ll never win a marathon or a race. That isn’t the point to running. Most of us aren’t going to be one of the best runners in the world. What is important, though, is that you only have to compete against yourself. Test yourself; find your high point—discover what you can do and then see how you can improve on it. Keep beating yourself, not someone else.

Your limit may be only one mile today. That might be even more than you ever imagined possible—great! But if you commit and stick with it and increase gradually, maybe in a while it will be three miles. Then six, and then ten. It’s reaching beyond yourself and finding strength and resilience within you that will keep you going and motivated to improve and to succeed. Marathoners often talk about “the wall”. I stopped short of finishing a marathon four times because of the wall and it was only during the fifth and final try that I managed to find a way to keep moving forward.

Single or a Group?

When I started running, I joined a running club. I never thought I’d look forward to getting up early on Saturday morning to run with other people. It was a great start. But I found by the end that I preferred to run by myself. I discovered over time that I was more of a solitary runner. Some people need a buddy or three. Others like being on their own. Find what works best for you.

Depending on your comfort zone, running can be done in almost any weather. If you run in the heat, it’s very important to stay hydrated. I personally don’t like to run in rain, but my daughter loves it. I used to go in the very early morning before work, which can be challenging when it’s cold.

One nice thing in this pandemic world is that this is an outdoor sport. I tend to simply run around the block. I also love the Vasona trail between Los Gatos and Campbell. Vasona is a wonderful spot to run, as long as you can stay socially distant from others doing the same thing. Runners in general tend to be very respectful of this and even when you’re on the street when a runner is coming towards you, will move out of the way to let you by. Throughout the pandemic, there has not been a single time in my hundreds of miles when I’ve seen a runner ever interfere with social distancing. So whether it’s staying close to home or out on a nice country trail, even with the pandemic there’s a place for you to hit the pavement.

It doesn’t matter who you are; your age, background or anything else is irrelevant to running (unless you have health concerns--if you do, please consult with your physician before starting an exercise program first). My daughter started at 18 months and there are people over 100 who run. There are numerous health benefits to running—weight loss, lowering blood pressure, it strengthens your heart and lungs, helps to combat anxiety and depression and has numerous other benefits besides. And except for the shoes, it’s relatively free and doesn’t require a gym membership. Runners like to say as well that there’s no off season for running—it can be done at any time of the year. And even better is that it fulfills the New Year’s Resolution to get into shape, like few other exercises can. The world awaits—now it’s time to go for a run. 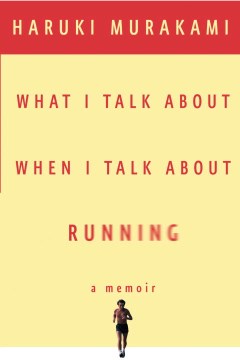 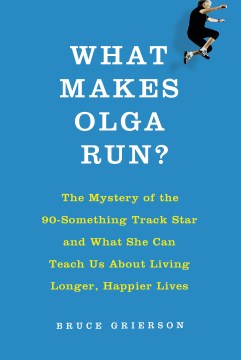 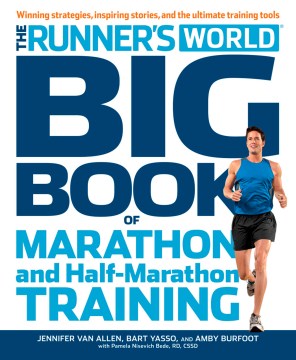 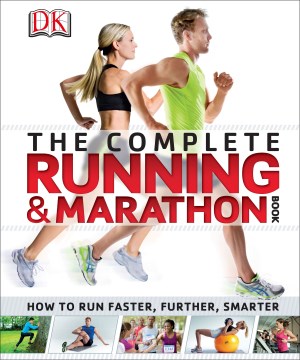 Your Comment
I’m 79, & have just decided to try to run again.
I always get out of breath & give up. But 2021 is a new year (thank goodness) & I will try hard to keep trying.
Thanks for the inspiration

Your Comment
An inspirational article that makes good points, especially for the uninitiated.