Romances of the Year: Favorites of 2021 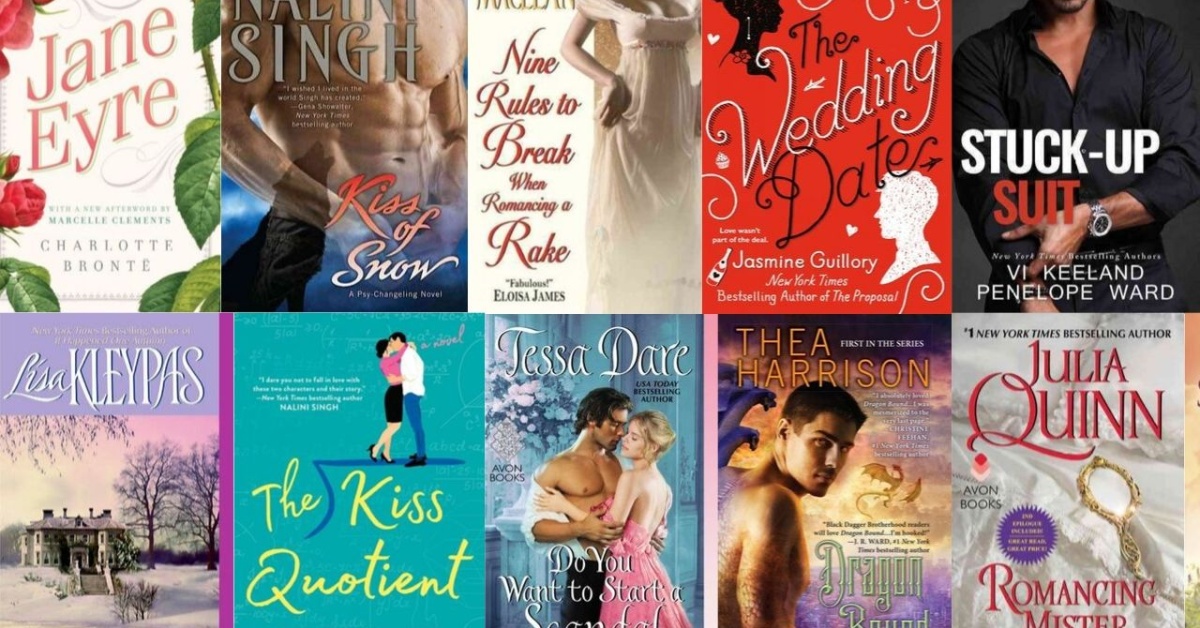 Another year over with so many great romance novels read this year. With 2021 coming to a close, it is time to list a couple of my favorite romance reads for the year! 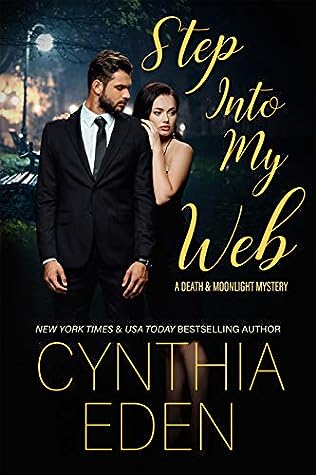 Step into My Web Cynthia Eden

Chloe Hastings doesn't like rules, and she doesn't exactly play well with others. But she does have one amazing talent—she can get into the mind of killers like no one else. A police consultant and profiler, Chloe is definitely not like anyone that Joel Landry has ever encountered. From the moment they meet—in the middle of a bank robbery—she throws him off balance and pulls him under spell. She seems to have no fear, she plots constantly, and...Joel quickly finds himself trapped in her web. There's a sadistic killer hunting in the streets of New Orleans, and Chloe plans to catch him. First, though she needs a partner she can trust, and she's decided that Dr. Joel Landry is the best fit for the job. Sure, he has a dark past. The doctor was attacked by a serial killer, but Joel survived while his attacker did not. Now the ruggedly handsome doctor has turned to the shadows. He's learned how to hunt, how to fight, how to kill in a thousand brutal ways—in short, he's acquired all of the skills that Chloe absolutely adores in a man. Together, they should be a perfect fit. She knows the minds of criminals better than anyone else, and Joel can protect her from any threat that comes their way. They'll have one hell of a time tracking down the bad guys, provided Chloe and Joel don't kill each other first. Another unanticipated twist for the new partners? Their attraction to each other is explosive, their desire uncontrollable. One reckless kiss seals their fate, and their need won't be denied. And neither will the killer who waits for his moment to attack.

Read my review of Step into My Web 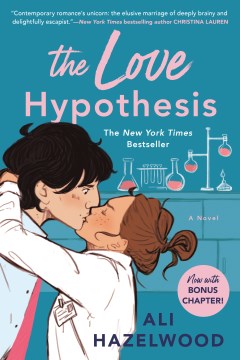 As a third-year Ph.D. candidate, Olive Smith doesn't believe in lasting romantic relationships—but her best friend does, and that's what got her into this situation. Convincing Anh that Olive is dating and well on her way to a happily ever after was always going to take more than hand-wavy Jedi mind tricks: Scientists require proof. So, like any self-respecting biologist, Olive panics and kisses the first man she sees. That man is none other than Adam Carlsen, a young hotshot professor—and well-known ass. Which is why Olive is positively floored when Stanford's reigning lab tyrant agrees to keep her charade a secret and be her fake boyfriend. But when a big science conference goes haywire, putting Olive's career on the Bunsen burner, Adam surprises her again with his unyielding support and even more unyielding...six-pack abs. Suddenly their little experiment feels dangerously close to combustion. And Olive discovers that the only thing more complicated than a hypothesis on love is putting her own heart under the microscope. 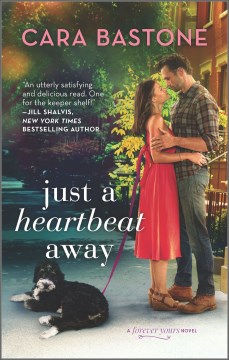 Just a Heartbeat Away Cara Bastone

Newly widowed dad Sebastian Dorner was unraveling at the edges—until his son’s teacher, Via DeRosa, threw him a lifeline. Now, two years later, they reconnect at Matty’s new school, and an inconvenient but unmistakable jolt of attraction crackles between them. But why does the first person to spark with Sebastian in years have to be a millennial? Is twentysomething Via really too young for him or does fortysomething Sebastian just feel too damn old? A former foster kid, Via’s finally forged the stable life she’s always dreamed of—new job, steady income, no drama. The last thing she needs are rumors about her and a single dad at school. But why does she keep being drawn into his capable, worn-flannel orbit? And why does being around Sebastian, Matty and even their dog, Crabby, seem to spark so much want? They’re trying to ignore the tension threatening their friendship. But sometimes what’ll heal you is just a touch—and a heartbeat—away…

Read my review of Just a Heartbeat Away 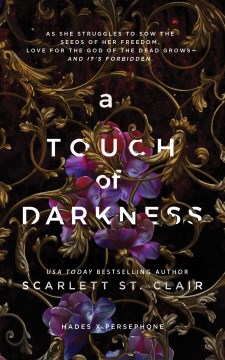 Persephone is the Goddess of Spring in title only. Since she was a little girl, flowers have only shriveled at her touch. After moving to New Athens, she hoped to lead an unassuming life disguised as a mortal journalist. All of that changes when she sits down in a forbidden nightclub to play a hand of cards with a hypnotic and mysterious stranger. Hades, God of the Dead, has built a gambling empire in the mortal world and his favorite bets are rumored to be impossible. But nothing has ever intrigued him as much as the goddess offering him a bargain he can't resist. After her encounter with Hades, Persephone finds herself in a contract with the God of the Dead, and his terms are impossible: Persephone must create life in the Underworld or lose her freedom forever. The bet does more than expose Persephone's failure as a goddess, however. As she struggles to sow the seeds of her freedom, love for the God of the Dead grows-a love that is both captivating and forbidden. 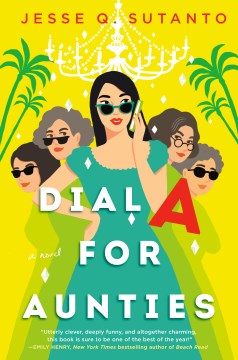 What happens when you mix 1 (accidental) murder with 2 thousand wedding guests, and then, toss in a possible curse on 3 generations of an immigrant Chinese-Indonesian family? You get 4 meddling Asian aunties coming to the rescue! When Meddelin Chan ends up accidentally killing her blind date, her meddlesome mother calls for her even more meddlesome aunties to help get rid of the body. Unfortunately, a dead body proves to be a lot more challenging to dispose of than one might anticipate-especially when it is accidentally shipped in a cake cooler to the over-the-top billionaire wedding that Meddy, her Ma, and her aunties are working, at an island resort on the California coastline. It is the biggest job yet for their family wedding business-"Don't leave your big day to chance, leave it to the Chans!"-and nothing, not even an unsavory corpse, will get in the way of her aunties' perfect buttercream-cake flowers. But things go from inconvenient to downright torturous when Meddy's great college love-and biggest heartbreak-makes a surprise appearance amid the wedding chaos. Is it possible to escape murder charges, charm her ex back into her life, and pull off a stunning wedding, all in one weekend?

Read my review of Dial A for Aunties

Eve Brown is a certified hot mess. No matter how hard she strives to do right, her life always goes horribly wrong--so she's given up trying. But when her personal brand of chaos ruins an expensive wedding (someone had to liberate those poor doves), her parents draw the line. It's time for Eve to grow up and prove herself even though she's not entirely sure how. Jacob Wayne is in control. Always. The bed and breakfast owner is on a mission to dominate the hospitality industry and he expects nothing less than perfection. So when a purple-haired tornado of a woman turns up out of the blue to interview for his open chef position, he tells her the brutal truth: not a chance in hell. Then she hits him with her car supposedly by accident. Yeah, right. Now his arm is broken, his B&B is understaffed, and the dangerously unpredictable Eve is fluttering around, trying to help. Before long, she's infiltrated his work, his kitchen and his spare bedroom. Jacob hates everything about it. Or rather, he should. Sunny, chaotic Eve is his natural-born nemesis, but the longer these two enemies spend in close quarters, the more their animosity turns into something else. Like Eve, the heat between them is impossible to ignore and it's melting Jacob s frosty exterior. 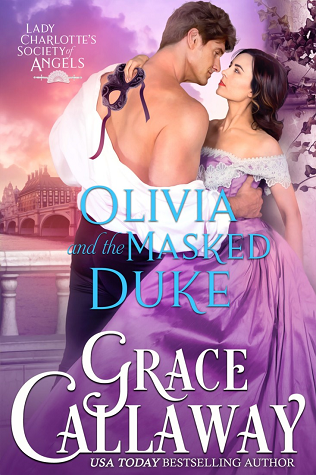 He saved her life when she was a girl. Now, she is a woman determined to heal his heart...Spirited debutante Lady Olivia MacLeod, cherished daughter of the Duke and Duchess of Strathaven, has two interests: solving mysteries and winning the love of her secret girlhood crush, the infamous Duke of Hadleigh. When she joins Lady Charlotte Fayne’s charity for genteel young ladies and discovers that it is a front for an investigative agency, she is thrilled and dedicates herself to solving a deadly case. Little does she realize that the path to danger will also lead to her heart’s deepest desire. Notorious widower Ben Wodehouse, the Duke of Hadleigh, has only one goal in mind: redemption. After his tortured past, he seeks salvation behind a mask, channeling his dark demons toward helping those in need. The last thing he wants or deserves is innocence. Yet temptation taunts him by delivering pretty young Olivia into his arms: she is everything he cannot have and everything he needs. Will Olivia and Ben succeed in defeating a menacing foe? Will succumbing to their dark and forbidden desires lead to their happily ever after?

Read my review of Olivia and the Masked Duke 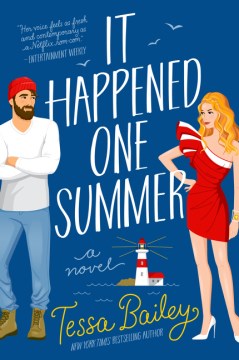 It Happened One Summer Tessa Bailey

Piper Bellinger is fashionable, influential, and her reputation as a wild child means the paparazzi are constantly on her heels. When too much champagne and an out-of-control rooftop party lands Piper in the slammer, her stepfather decides enough is enough. So he cuts her off, and sends Piper and her sister to learn some responsibility running their late father’s dive bar... in Washington. Piper hasn’t even been in Westport for five minutes when she meets big, bearded sea captain Brendan, who thinks she won’t last a week outside of Beverly Hills. So what if Piper can’t do math, and the idea of sleeping in a shabby apartment with bunk beds gives her hives. How bad could it really be? She’s determined to show her stepfather—and the hot, grumpy local—that she’s more than a pretty face. Except it’s a small town and everywhere she turns, she bumps into Brendan. The fun-loving socialite and the gruff fisherman are polar opposites, but there’s an undeniable attraction simmering between them. Piper doesn’t want any distractions, especially feelings for a man who sails off into the sunset for weeks at a time. Yet as she reconnects with her past and begins to feel at home in Westport, Piper starts to wonder if the cold, glamorous life she knew is what she truly wants. LA is calling her name, but Brendan—and this town full of memories—may have already caught her heart.

Comment down below if you have read any of these books. Also, what were your favorite reads of 2021?