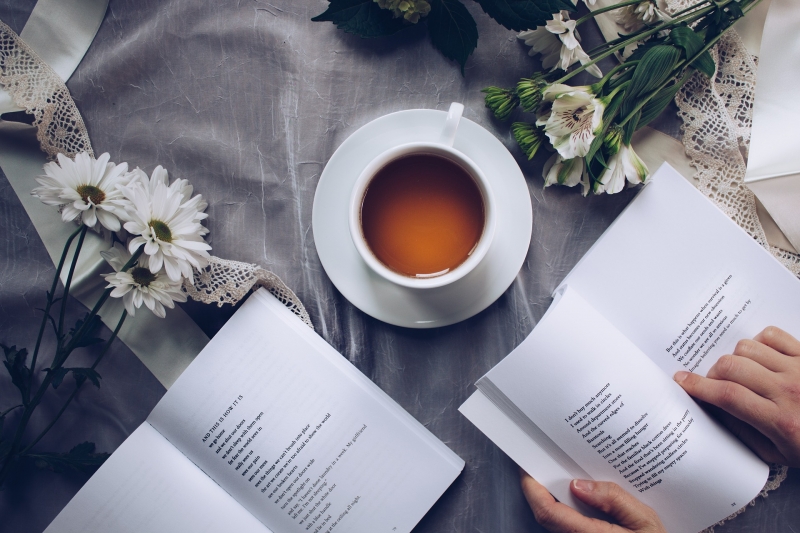 The month of April is known as National Poetry Month.

To be honest I haven't read a lot of poetry books, or books written in short verse.

It was just recently that I discovered a book called The Sky Between You and Me by Catherine Alene.

This book was written in short poetry like verses, and I was completely enamored with the writing style from the very first pages.

Books written in short verse are amazingly in depth and very quick to read, but what you won't understand until you read one for yourself, is just how talented an author has to be in order to fit such rich, imagery into such short poetry like phrases.

I was completely awe struck by how much raw emotion authors are able to capture in such short sentences.

That being said I really want to challenge you to add a story written in verse to your monthly TBR list.

I promise you, you will not be disappointed! 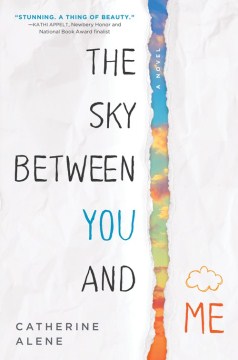 The Sky Between You and Me by Catherine Alene

Raesha can’t let go. Not of the ache she feels at the loss of her mother. Or her loneliness from the long hours her father spends on the road. And certainly not of her jealousy of the new girl who keeps flirting with her boyfriend and making plans with her best friend. So she focuses on training for Nationals.

For Raesha, competing isn’t just about the speed of her horse or the thrill of the win. It’s about honoring her mother’s memory. Raesha knows minus five on the scale will let her sit deeper in her saddle, make her horse lighter on her feet. And lighter, leaner, faster gives her the edge she needs to win—to run that perfect race that will make everyone proud.
But the more Raesha focuses on the win, the more she starts to push away the people she loves. And if she’s not careful, she will lose herself and all she loves to lighter. Leaner. Faster. 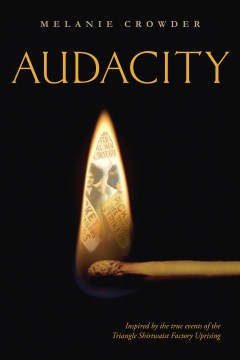 A gorgeously told novel in verse written with intimacy and power, Audacity is inspired by the real-life story of Clara Lemlich, a spirited young woman who emigrated from Russia to New York at the turn of the twentieth century and fought tenaciously for equal rights. Bucking the norms of both her traditional Jewish family and societal conventions, Clara refuses to accept substandard working conditions in the factories on Manhattan's Lower East Side. For years, Clara devotes herself to the labor fight, speaking up for those who suffer in silence. In time, Clara convinces the women in the factories to strike, organize, and unionize, culminating in the famous Uprising of the 20,000. Powerful, breathtaking, and inspiring, Audacity is the story of a remarkable young woman, whose passion and selfless devotion to her cause changed the world. 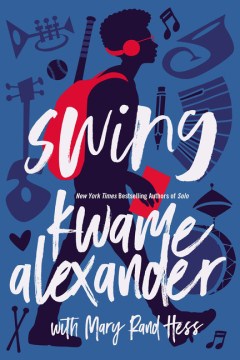 Things usually do not go as planned for seventeen-year-old Noah. He and his best friend Walt (aka Swing) have been cut from the high school baseball team for the third year in a row, and it looks like Noah’s love interest since third grade, Sam, will never take it past the “best friend” zone. Noah would love to retire his bat and accept the status quo, but Walt has big plans for them both, which include making the best baseball comeback ever, getting the girl, and finally finding cool.

To go from lovelorn to ladies’ men, Walt introduces Noah to a relationship guru—his Dairy Queen-employed cousin, Floyd—and the always informative Woohoo Woman Podcast. Noah is reluctant, but decides fate may be intervening when he discovers more than just his mom’s birthday gift at the thrift shop. Inside the vintage Keepall is a gold mine of love letters from the 1960s. Walt is sure these letters and the podcasts are just what Noah needs to communicate his true feelings to Sam. To Noah, the letters are more: an initiation to the curious rhythms of love and jazz, as well as a way for him and Walt to embrace their own kind of cool. While Walt is hitting balls out of the park and catching the eye of the baseball coach, Noah composes anonymous love letters to Sam in an attempt to write his way into her heart. But as things are looking up for Noah and Walt, a chain of events alters everything Noah knows to be true about love, friendship, sacrifice, and fate. 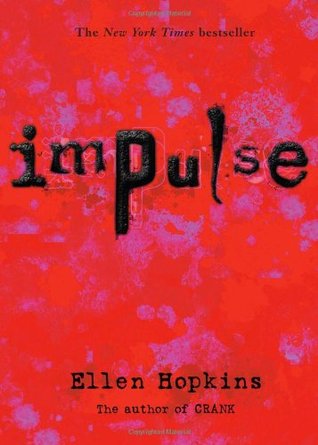 Sometimes you don't wake up. But if you happen to, you know things will never be the same.
Three lives, three different paths to the same destination: Aspen Springs, a psychiatric hospital for those who have attempted the ultimate act—suicide.
Vanessa is beautiful and smart, but her secrets keep her answering the call of the blade.
Tony, after suffering a painful childhood, can only find peace through pills.
And Conner, outwardly, has the perfect life. But dig a little deeper and find a boy who is in constant battle with his parents, his life, himself.
In one instant each of these young people decided enough was enough. They grabbed the blade, the bottle, the gun—and tried to end it all. Now they have a second chance, and just maybe, with each other's help, they can find their way to a better life—but only if they're strong and can fight the demons that brought them here in the first place. 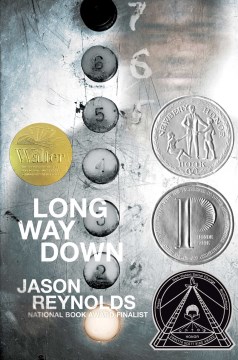 Long Way Down by Jason Reynolds

An ode to Put the Damn Guns Down, this is New York Times bestseller Jason Reynolds’s fiercely stunning novel that takes place in sixty potent seconds—the time it takes a kid to decide whether or not he’s going to murder the guy who killed his brother.
A cannon. A strap.
A piece. A biscuit.
A burner. A heater.
A chopper. A gat.
A hammer
A tool
for RULE
Or, you can call it a gun. That’s what fifteen-year-old Will has shoved in the back waistband of his jeans. See, his brother Shawn was just murdered. And Will knows the rules. No crying. No snitching. Revenge. That’s where Will’s now heading, with that gun shoved in the back waistband of his jeans, the gun that was his brother’s gun. He gets on the elevator, seventh floor, stoked. He knows who he’s after. Or does he? 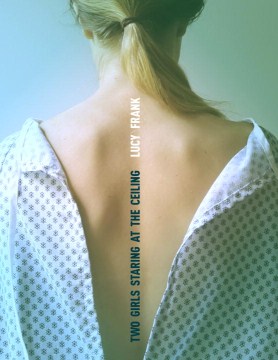 Two Girls Staring at the Ceiling by Lucy Frank

Chess, the narrator, is sick, but with what exactly, she isn’t sure. And to make matters worse, she must share a hospital room with Shannon, her polar opposite. Where Chess is polite, Shannon is rude. Where Chess tolerates pain silently, Shannon screams bloody murder. Where Chess seems to be getting slowly better, Shannon seems to be getting worse. How these teenagers become friends, helping each other come to terms with their illness, makes for a dramatic and deeply moving read.

A gorgeous and timely novel based on the incredible story of Sophie Scholl, a young German college student who challenged the Nazi regime during World War II as part of The White Rose, a non-violent resistance group.

Disillusioned by the propaganda of Nazi Germany, Sophie Scholl, her brother, and his fellow soldiers formed the White Rose, a group that wrote and distributed anonymous letters criticizing the Nazi regime and calling for action from their fellow German citizens. The following year, Sophie and her brother were arrested for treason and interrogated for information about their collaborators.