Looking Back: My Days With a Japanese American Performance Group 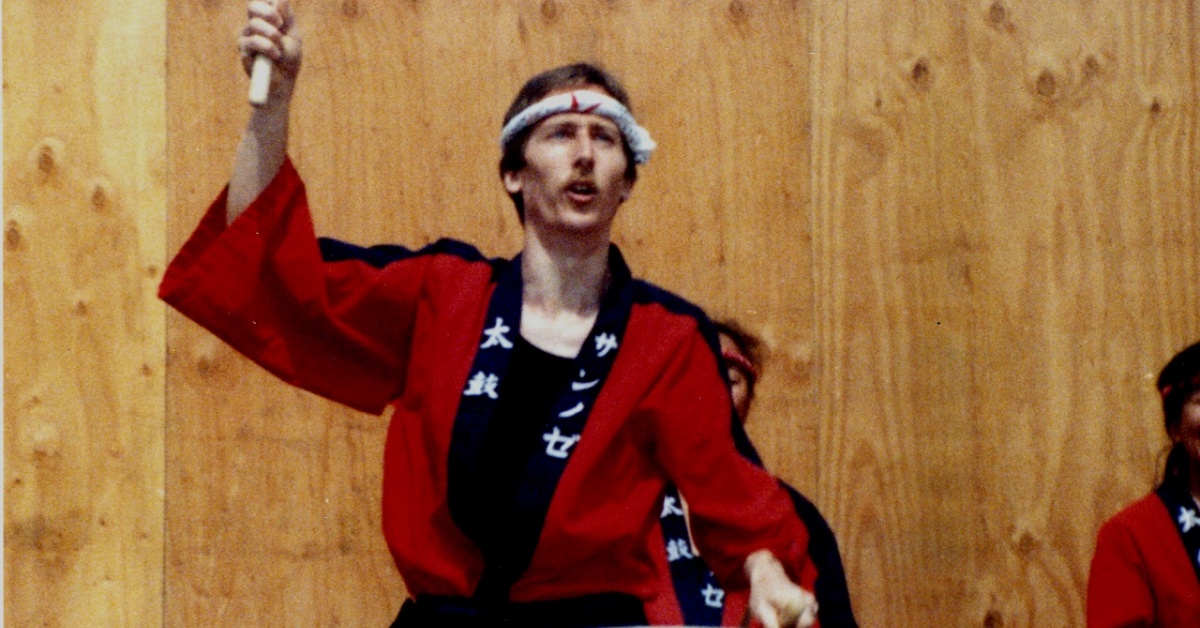 Image: Ralph performing at a festival in San Jose Japantown in 1989. Photo by Joyce Pearce

With the month of May being Asian Pacific American Heritage Month, I got to thinking about my time with a performing arts company, the San Jose Taiko Group (Taiko meaning "drum" in Japanese). If you've ever attended the annual Obon Festival in San Jose's Japantown, there's a good chance that you've seen one of their highly spirited performances. Members of the group are mostly Asian American, and I believe that I was the second non-Asian member.

I had taken a taiko workshop in the summer of 1987 and enjoyed it so much that I took another in the summer of 1988. Following the second workshop, I stayed behind and began talking with one of the members. We spoke for quite some time and after I'd demonstrated a sincere interest, my name was accepted as an applicant for a new members group. I was quite excited to receive an invitation to join the new members class, to be held over a twelve week period from October into December.

Practice was once a week and involved a great deal of exercise, meditation, and discussion on our reading assignments, in addition to learning the songs and their choreography. At the time, I was also in an Andean music group, taking classes at San Jose State, and working part time at the San Jose Public Library. Life was busy, and my body was always sore from the regimen, but I really enjoyed the taiko sessions.

Our taiko reading assignments came from a thick collection of articles, printed specifically for new members. After reading a number of articles, I began to see that taiko in the United States was not just an artistic expression, but also an expression of Japanese American heritage. I felt that the experience would be important for me though, and I was eventually accepted as a full member and I continued my association with the group until May of 1990. I continue to treasure my time with the group, though I will admit that I enjoyed the practice sessions a bit more than performing. These days, I'm quite content to watch from the sidelines. 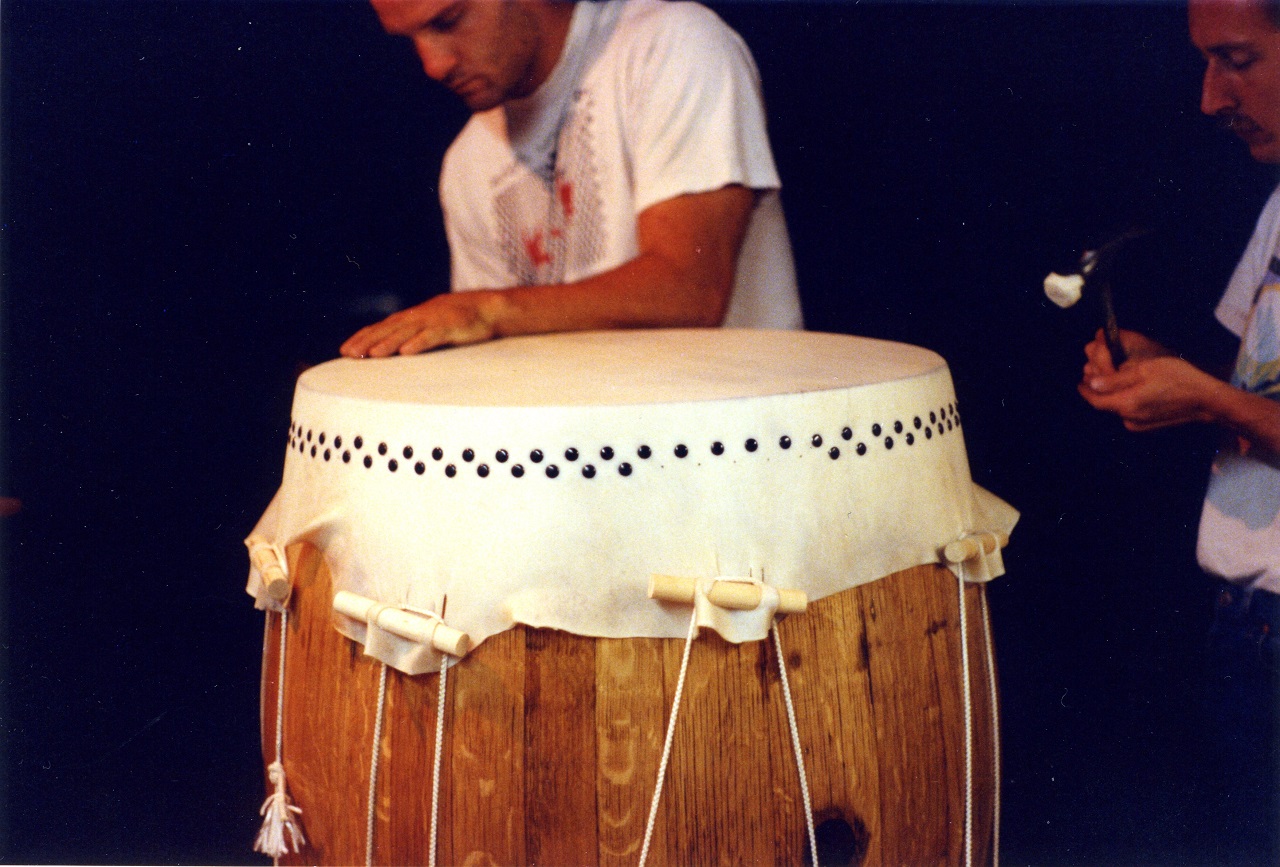 Caption
Image: Matt Shuster and Ralph tack down the stretched leather on a taiko drum. Photo by Joe Steffey

My son was born several months after I left the San Jose Taiko Group. I thought it would be pretty cool to build a taiko drum for my son and enlisted the aid of my friend Matt Shuster, a highly skilled woodworker. Using detailed instructions from my taiko group manual, Matt and I set about building a drum. We found an old oak wine barrel and began a process of gluing the staves, cutting the barrel down, and then creating inserts to reinforce the ends. The barrel was then sanded, finished with tung oil, and then leather stretched and attached. It took us approximately twenty-five hours, but it turned out very nice and had a great sound. 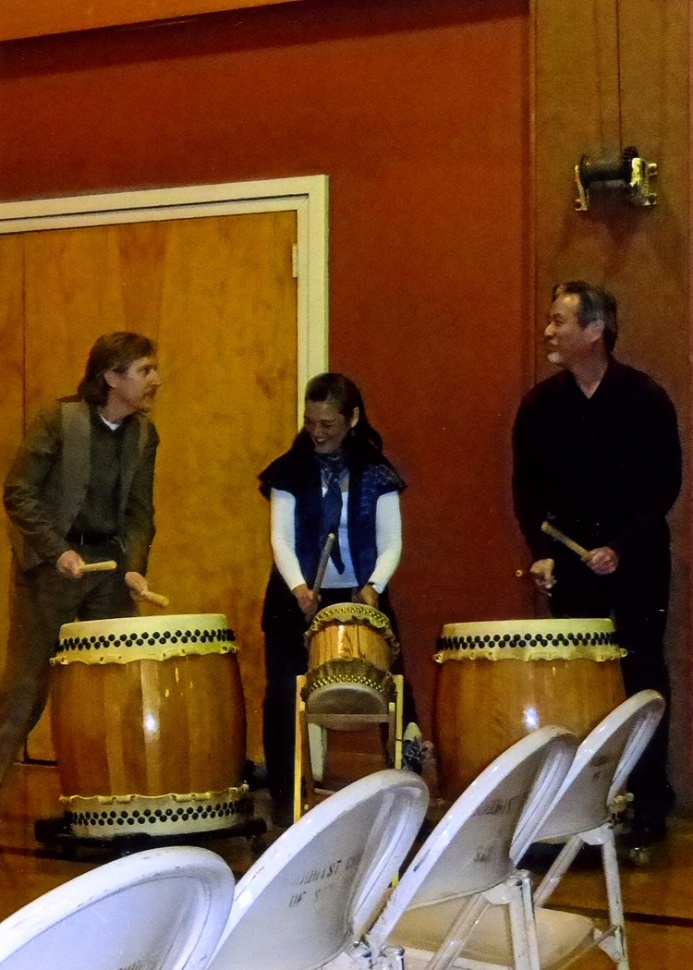 On November 29, 2014, a book launch was held for San Jose Japantown: A Journey. The book was written by Curt Fukuda and myself, with a team consisting of Janice Oda (layout/design), June Hayashi (editing), and Jim Nagareda (photography/lead). We asked San Jose Taiko Group founders Roy and P.J. Hirabayashi if they would provide taiko "color" prior to the formal presentations that day. At one point I walked over to where they were playing and Roy handed me the bachi (drum sticks). As P.J. and I were playing, someone brought Curt over and the three of us jammed for a while until P.J. brought us to a traditional San Jose Taiko closing. What a wonderful preface to an event celebrating the history of San Jose Japantown. 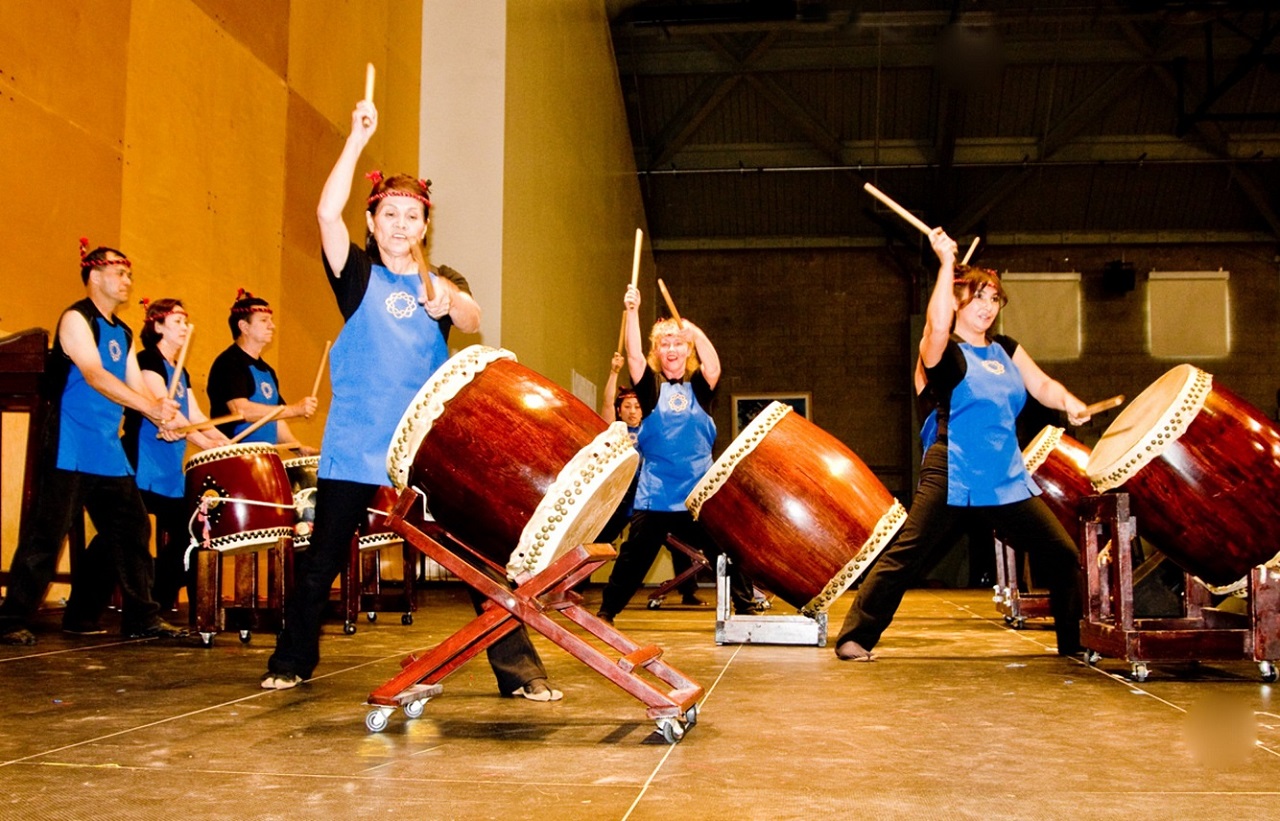 The Beat Goes On

Though my son is very musical, he never took an interest in taiko drumming. I eventually sold the drum to Kim Walters Masumi of Myo'On Taiko in southern California. It's so great to see the instrument being played and enjoyed!

I've always enjoyed reading your blogs, and this one is my favorite.

Your passion for taiko really came through and it's great to see personal photos of you playing.

Thank you for sharing this Ralph!

Your Comment
Hi, Ralph! I really enjoyed reading this blog post. It's creative, informative, interesting, and reflects your passion for Taiko. Glad to see you're still helping people do research via the California Room!

Your Comment
Thanks for your note :) Btw, my first job offer from SJPL was a position at the West Valley Branch. I had to turn it down because the schedule required Wednesday nights (my taiko practice night). My second offer was the Silicon Valley Information Center (SVIC) at the old Main Library. And the rest (as they say)...