Looking Back: The Home Run King and a San Jose Baseball Team

Back in 1990, I read a book called The Rise of Japanese Baseball Power by Robert Obojski.  I became fascinated by the long history of Japan's love of the game (from the 1880s), the ongoing interaction between the United States and Japan through the game, the colorful players, and the experiences of American players who had journeyed to Japan to play on Japanese teams.  I soon began searching for more books on the topic, and eventually published a bimonthly newsletter, The Japanese Baseball Enthusiast in May of 1993 (it ran a little over a year).  The newsletter focused on Japanese baseball history, cards and memorabilia, and interviews with Americans who'd played in Japan and other enthusiasts. 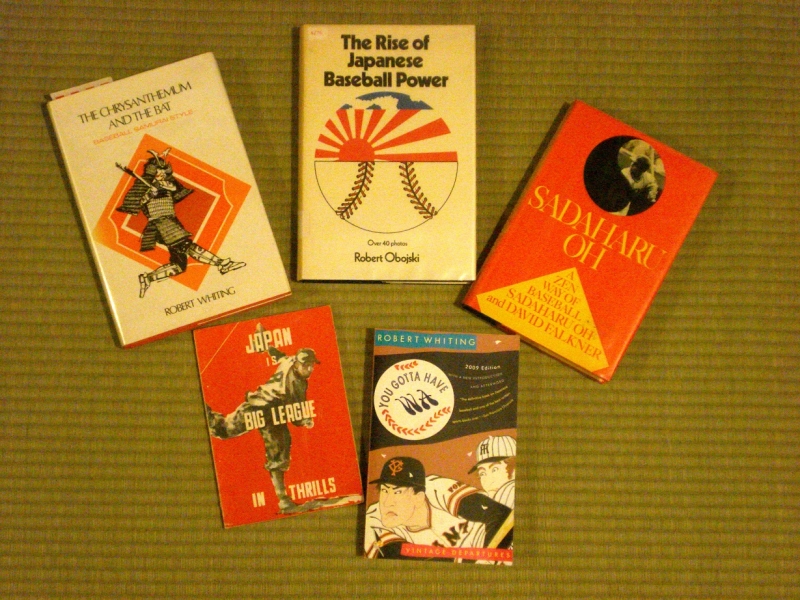 Image: A few of the books that I located on the topic of Japanese baseball. Robert Whiting is a popular author on the topic, as is my friend Rob Fitts. Robert Obojski, the author of the first book that I read, encouraged my newsletter effort and even contributed an article. Photo ©Ralph M. Pearce.

On July 31, 1993, I attended the World's Children's Baseball Fair at San Diego's Jack Murphy Stadium.  The event was hosted by the Japanese and American homerun legends Sadaharu Oh (868 HR's) and Hank Aaron (755 HR's).  As I sat in the stands, I passed out copies of my newsletter to those sitting near me.  One fellow next to me who had been reading the newsletter for a while, turned to me a said, "You know, my grandfather once got a hit off of Victor Starffin of the Tokyo Giants."  I was rather surprised and asked when his grandfather had played in Japan.  He replied that his grandfather wasn't in Japan at the time, but had played against the Tokyo Giants in San Jose, California in 1935. 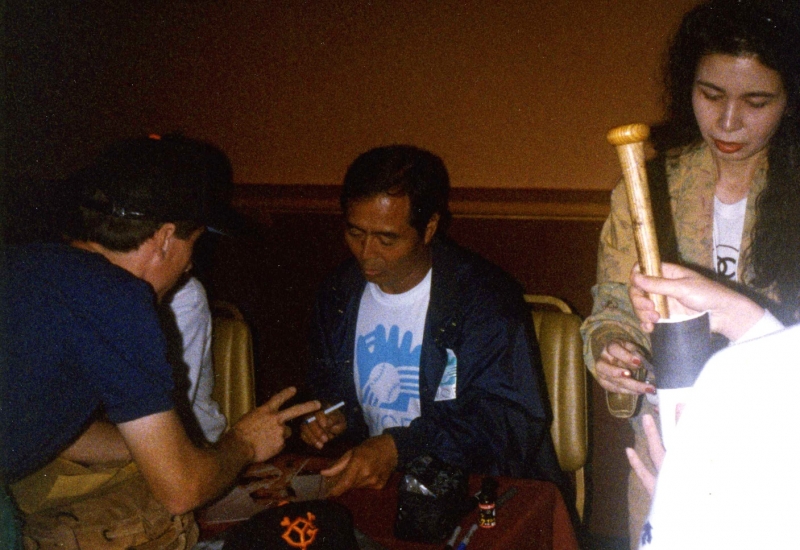 Image: Here I am with home run king Sadaharu Oh (868 HR's) at the World Children's Baseball Fair in 1993.  I believe that his wife Kyoko is shown assisting with a signed bat. Collection of Ralph M. Pearce.

Two weeks later back in San Jose, Jeff Hayamizu introduced me to his grandfater Joe Jio.  Joe told me all about how his team, the San Jose Asahi had beaten the Tokyo Giants in 1935.  He later invited me to a reunion with the rest of the team.  That 1994 reunion lead to twenty-eight interviews that provided the foundation for my 2005 book From Asahi to Zebras: Japanese American Baseball in San Jose, California.  I named the book From Asahi to Zebras because during the WWII Internment the Asahi name morphed into the Zebras.

Image: At left is the 1935-6 San Jose Asahi team at Asahi Park (grandstands where on the northwest corner of 7th and Younger Streets).  At right is the same team (minus a few members) at the 1994 reunion in Japantown.  My interviews with these and other remaining members of the San Jose Asahi and Zebras baseball teams would provide the foundation of a book on Japanese American baseball in Northern California.  Collection of and ©Ralph M. Pearce. 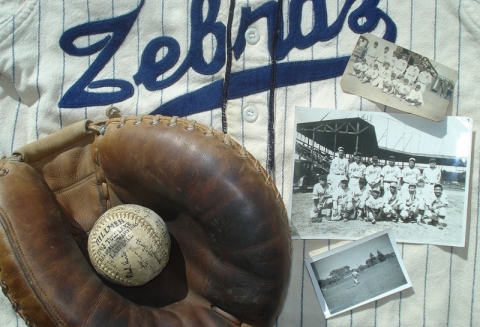 This exhibit features memorabilia from local Japanese American baseball teams including photos, awards, uniforms, equipment, signed baseballs from Internment camps, and more!  Visit the California Room on the 5th floor of the King Library Monday 1:00 - 6:00 PM, Tuesdays through Fridays 11:00 AM - 6:00 PM, and Saturdays 1:00 - 6:00 PM.  The exhibit will be up from Monday July 8 through Monday September 30, 2019.