Looking Back: The Historic Lawrence Hotel Building, a Survivor 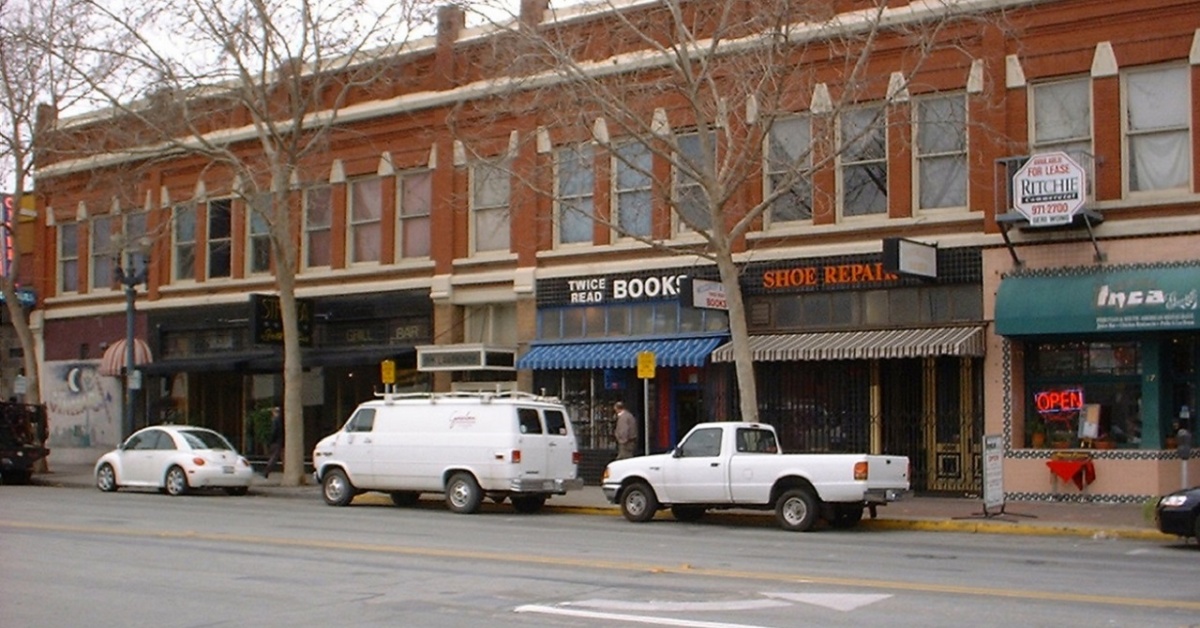 Image: The Lawrence Hotel building as it looked in 2004. ©Ralph Pearce

At 10:20 in the morning on Thursday January 7 of this year, San Jose firefighters responded to a four-alarm fire on East San Fernando Street. The historic two-story building stands between Second and Third Streets, and this is its fourth fire, having suffered three in 1989. An adjacent building on the northwest corner of San Fernando and Third was lost in the rash of 1989 fires, at least one of which was determined to be arson. A few months after that, the yet-to-be reinforced building survived the 1989 Earthquake, just as it had survived the 1906 Earthquake.

This beautiful building contributes to a small group of historic buildings that remain in the core of Downtown. The building was designed by Los Gatos architect Frank Lobdell, and built in 1893 as the Toccoa Block. The second story operated as the Lawrence Hotel and Lawrence Apartments for a great many years, and the structure is now commonly referred to as the Lawrence Hotel building. 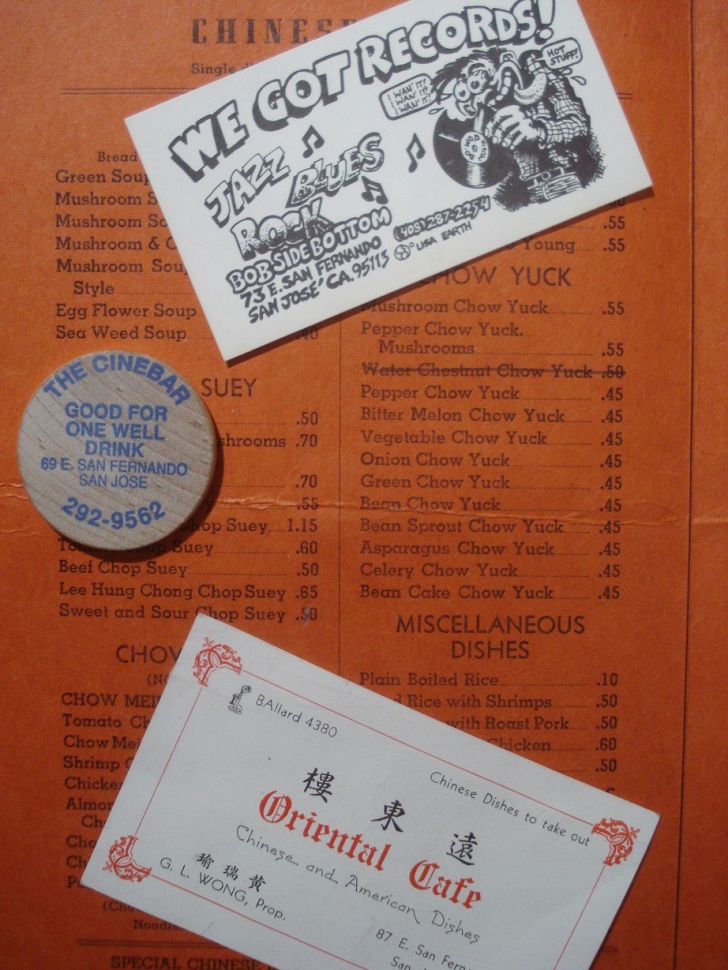 I became very familiar with this block when I first began venturing downtown as a teenager in the early 1970s. From the corner walking east there was the San Jose Comic Art shop, the Cinebar, a typewriter repair shop, Bob Sidebottom's Comic Collector Shop, the entrance to the vacant Lawrence Hotel (upstairs), Twice Read Books (also known as Woodruff and Thrush, owners of the building for years), Mandrake's Shoe Repair (with shoeshine stands), a Chinese restaurant, and finally a liquor store owned and operated by twin brothers on the corner of Third Street. 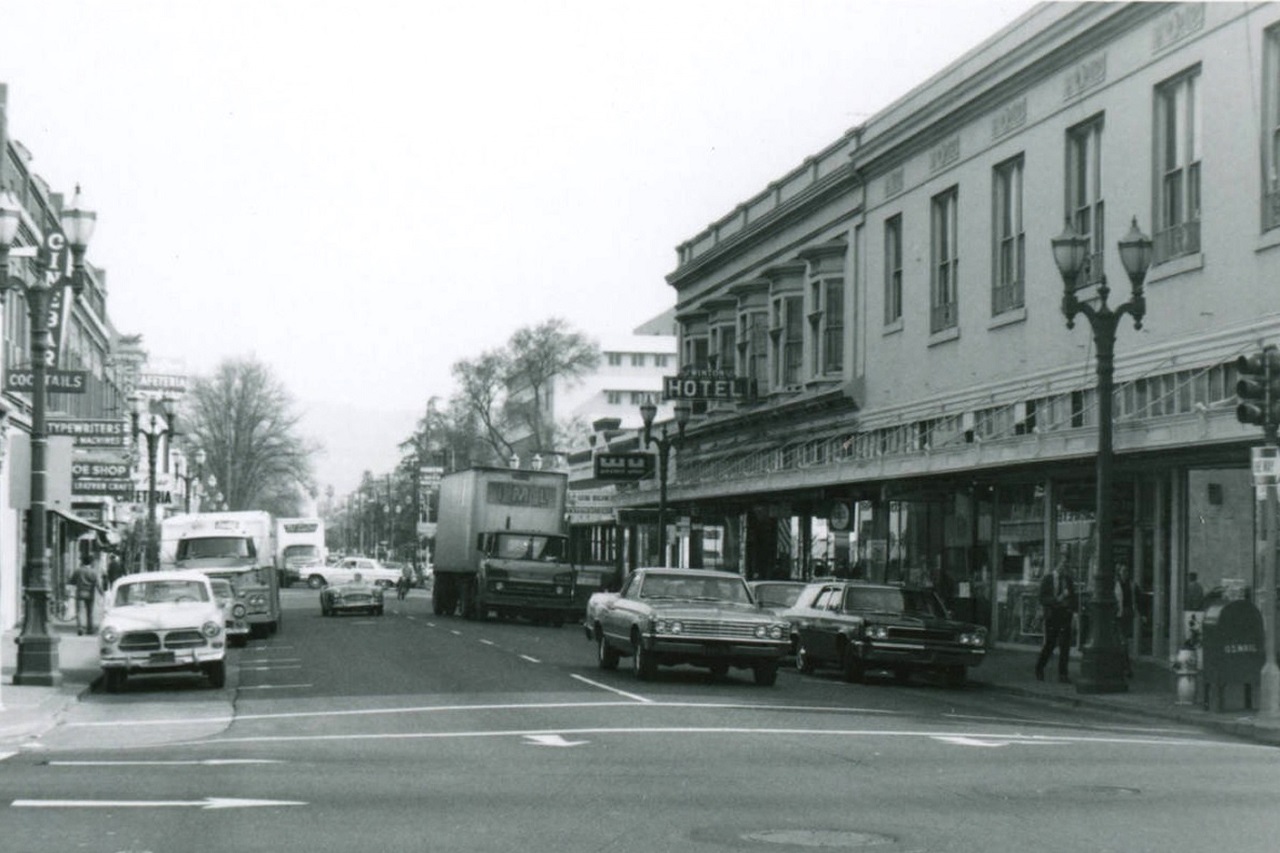 Caption
Image: The Winton Hotel (right) on E. San Fernando St. that was torn down in 1980. Photo by SJ Redevelopment Agency

Across from the Lawrence Hotel building was the Winton Hotel building. Like the Lawrence building, there were many little shops running from Second to Third Streets, including a leather craft shop, an artist who created art pieces in wood using sunlight and a strong magnifying glass, and then the Recycle Book Store building on the corner of Third Street. I worked at Recycle Book Store for a time, and recall when we had to move the store from San Fernando to Santa Clara Street because that entire side of San Fernando Street was being torn down. Such a sad loss of beautiful old buildings, only to be replaced by an open air parking lot for over 30 years. I remember being so grateful that the Lawrence Hotel building across the street was being spared the same fate. 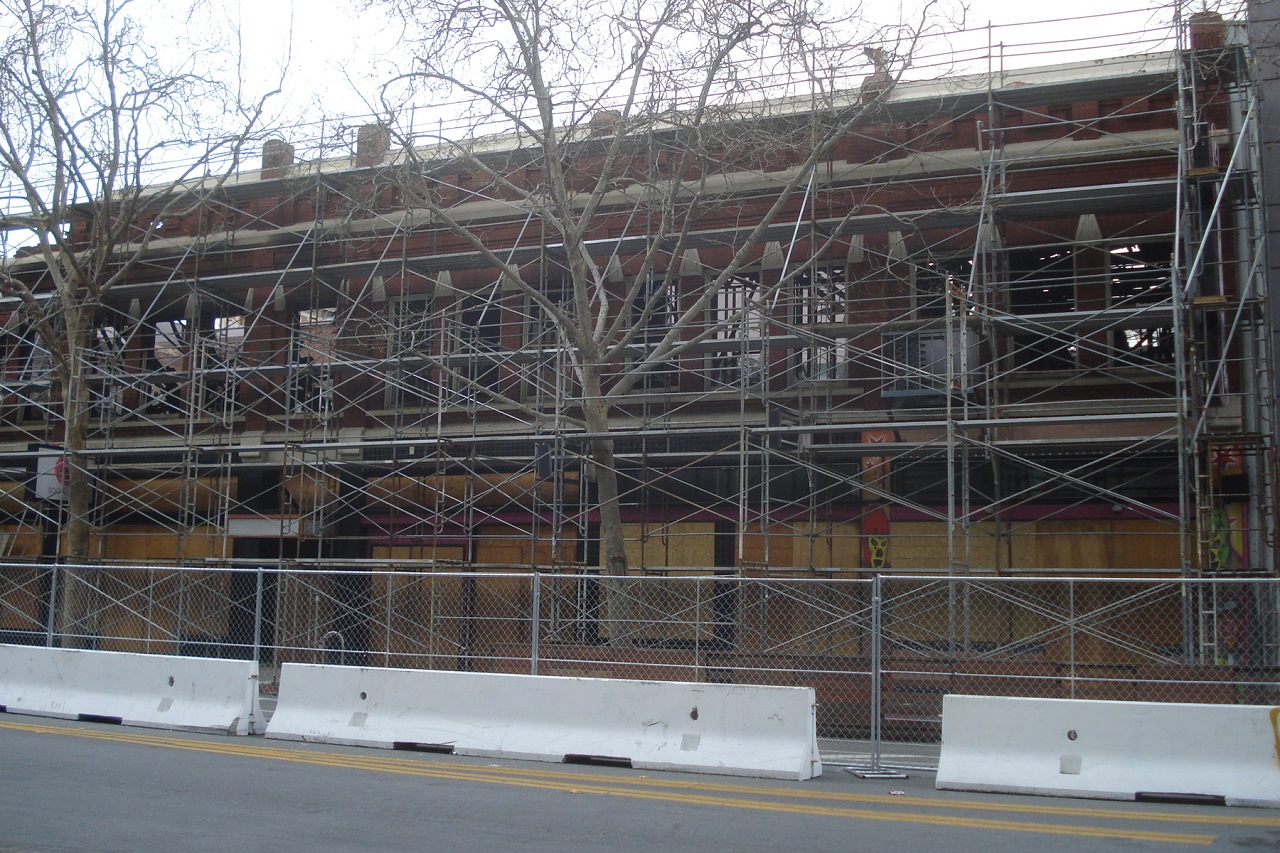 The Importance of Preserving the Past

Regarding the building's future, the Preservation Action Council of San Jose issued a statement reading in part, "Given the building’s unquestionable architectural and historic significance, its prominent location within the San Jose Downtown Commercial Historic District, its listing in both the National Register of Historic Places and California Register of Historical Resources, and its eligibility for Candidate City Landmark Status, every effort must be made to preserve the building’s surviving historic fabric and to reconstruct damaged elements of the facade as part of any approved redevelopment of the site."

Jim Salata of Garden City Construction (who restored the fire damaged Faber's Cyclery) shared his perspective, "Having been involved in similar projects over time such as the Rispin Mansion and Jose Theatre I have been fortunate to gain unique knowledge and perspective and can assure you that there isn’t a good reason to tear the building down. An in-depth investigation by consultants that have experience saving damaged historic buildings and who make judgments by strength of knowledge, not of fear, should be engaged. San Jose has lost so many historic structures and cannot afford to lose this one. I urge our leaders to take a pragmatic look at saving the Lawrence, an important piece of our history and fabric."

Your Comment
Thanks for sharing. So interesting. I loved learning about a place we know and seeing what it was in the past.