Growing up Mexican American it was so important for me to find books with Hispanic characters that I could relate to.

I used to scour the shelves to find books like Esperanza Rising and The Circuit in the children's section, but when I transitioned into reading Young Adult fiction I remember I had the hardest time finding similar books with Hispanic characters.

So in order to celebrate National Hispanic Heritage Month I've made it easy and compiled a list of YA books featuring characters from a diverse array of Hispanic Cultures to add to your latest TBR list. 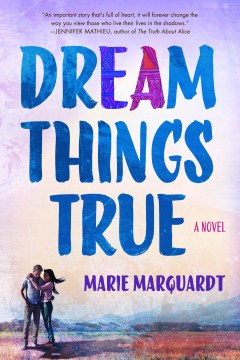 A modern-day Romeo and Juliet story in which a wealthy Southern boy falls in love with an undocumented Mexican girl and together they face perils in their hostile Georgia town.

Evan, a soccer star and the nephew of a conservative Southern Senator, has never wanted for much -- except a functional family. Alma has lived in Georgia since she was two-years-old, excels in school, and has a large, warm Mexican family. Never mind their differences, the two fall in love, and they fall hard. But when ICE (Immigration and Customs Enforcement) begins raids on their town, Alma knows that she needs to tell Evan her secret. There's too much at stake. But how to tell her country-club boyfriend that she’s an undocumented immigrant? That her whole family and most of her friends live in the country without permission. What follows is a beautiful, nuanced, well-paced exploration of the complications of immigration, young love, defying one’s family, and facing a tangled bureaucracy that threatens to completely upend two young lives. Violet Paz has just turned 15, a pivotal birthday in the eyes of her Cuban grandmother. Fifteen is the age when a girl enters womanhood, traditionally celebrating the occasion with a quinceañero. But while Violet is half Cuban, she’s also half Polish, and more importantly, she feels 100% American. Except for her zany family’s passion for playing dominoes, smoking cigars, and dancing to Latin music, Violet knows little about Cuban culture, nada about quinces, and only tidbits about the history of Cuba. So when Violet begrudgingly accepts Abuela’s plans for a quinceañero–and as she begins to ask questions about her Cuban roots–cultures and feelings collide. The mere mention of Cuba and Fidel Castro elicits her grandparents’ sadness and her father’s anger. Only Violet’s aunt Luz remains open-minded. With so many divergent views, it’s not easy to know what to believe. All Violet knows is that she’s got to form her own opinions, even if this jolts her family into unwanted confrontations. After all, a quince girl is supposed to embrace responsibility–and to Violet that includes understanding the Cuban heritage that binds her to a homeland she’s never seen. In the vein of Isabel Allende and Gabriel Garcia Marquez, a mesmerizing debut set against the backdrop of the devastating violence of 1990's Colombia about a sheltered young girl and a teenage maid who strike an unlikely friendship that threatens to undo them both.

The Santiago family lives in a gated community in Bogotá, safe from the political upheaval terrorizing the country. Seven-year-old Chula and her older sister Cassandra enjoy carefree lives thanks to this protective bubble, but the threat of kidnappings, car bombs, and assassinations hover just outside the neighborhood walls, where the godlike drug lord Pablo Escobar continues to elude authorities and capture the attention of the nation.

When their mother hires Petrona, a live-in-maid from the city's guerrilla-occupied slum, Chula makes it her mission to understand Petrona's mysterious ways. But Petrona's unusual behavior belies more than shyness. She is a young woman crumbling under the burden of providing for her family as the rip tide of first love pulls her in the opposite direction. As both girls' families scramble to maintain stability amidst the rapidly escalating conflict, Petrona and Chula find themselves entangled in a web of secrecy that will force them both to choose between sacrifice and betrayal.

Inspired by the author's own life, and told through the alternating perspectives of the willful Chula and the achingly hopeful Petrona, Fruit of the Drunken Tree contrasts two very different, but inextricable coming-of-age stories. In lush prose, Rojas Contreras sheds light on the impossible choices women are often forced to make in the face of violence and the unexpected connections that can blossom out of desperation. 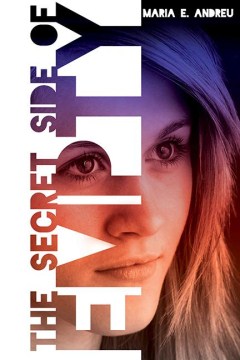 The Secret Side of Empty Maria E. Andreu

As a straight-A student with a budding romance and loyal best friend, M.T.’s life seems as apple-pie American as her blondish hair and pale skin. But M.T. hides two facts to the contrary: her full name of Monserrat Thalia and her status as an undocumented immigrant.

But it’s harder to hide now that M.T.’s a senior. Her school’s National Honor Society wants her to plan their trip abroad, her best friend won’t stop bugging her to get her driver’s license, and all everyone talks about is where they want to go to college. M.T. is pretty sure she can’t go to college, and with high school ending and her family life unraveling, she’s staring down a future that just seems empty. In the end, M.T. will need to trust herself and others to stake a claim in the life that she wants.

Author Maria E. Andreu draws from her personal experience as a (formerly) undocumented immigrant to explore an issue that affects over one million children in the U.S. But while the subject matter is timely, it is M.T.’s sharp, darkly funny voice and longing for a future that makes this story universally poignant. One morning before school, some girl tells Piddy Sanchez that Yaqui Delgado hates her and wants to kick her ass. Piddy doesn't even know who Yaqui is, never mind what she's done to piss her off. Word is that Yaqui thinks Piddy is stuck-up, shakes her stuff when she walks, and isn't Latin enough with her white skin, good grades, and no accent. And Yaqui isn't kidding around, so Piddy better watch her back.

At first Piddy is more concerned with trying to find out more about the father she's never met and how to balance honors courses with her weekend job at the neighborhood hair salon. But as the harassment escalates, avoiding Yaqui and her gang starts to take over Piddy's life. Is there any way for Piddy to survive without closing herself off or running away? In an all-too-realistic novel, Meg Medina portrays a sympathetic heroine who is forced to decide who she really is. 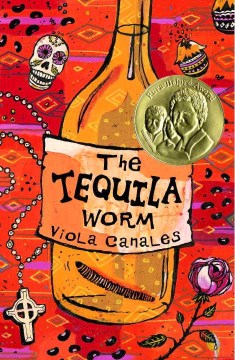 Sofia comes from a family of storytellers. Here are her tales of growing up in the barrio, full of the magic and mystery of family traditions: making Easter cascarones, celebrating el Dia de los Muertos, preparing for quincea–era, rejoicing in the Christmas nacimiento, and curing homesickness by eating the tequila worm. When Sofia is singled out to receive a scholarship to an elite boarding school, she longs to explore life beyond the barrio, even though it means leaving her family to navigate a strange world of rich, privileged kids. It's a different mundo, but one where Sofia's traditions take on new meaning and illuminate her path. 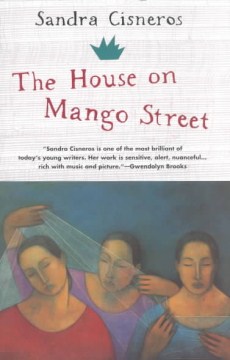 This book tells the story of Esperanza Cordero, a young girl growing up in the Hispanic quarter of Chicago, whose neighborhood is one of harsh realities and harsh beauty. Esperanza doesn't want to belong, not to her run-down neighborhood, and not to the low expectations the world has for her. Capturing her thoughts and emotions in poems and stories, she is able to rise above hopelessness and create a quiet space for herself in the midst of her oppressive surroundings. Esperanza's story is that of a young girl coming into her power, and inventing for herself what she will become.