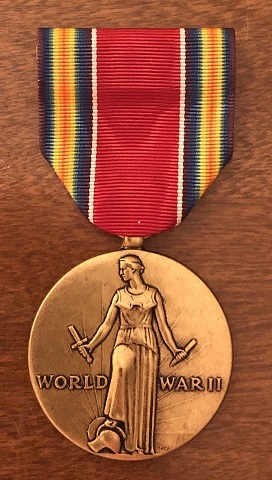 Chances are pretty good if you have a relative that served in the armed forces, particularly during World War 2, they either never received or otherwise lost track of the various military medals they were awarded for their service. This was certainly the case for three of my grandparents who served in the US Army during WWII. The cartoonist and WWII veteran Bill Mauldin put it succinctly when he said in his book Up Front, "Civilians may think it's a little juvenile to worry about medals, but a civilian has a house and a bankroll to show what he's done for the past few years." So I got to thinking it was important that my grandparents finally receive the recognition that they earned. Turns out the government will replace lost, stolen, or never issued military awards free of charge so that veterans and/or their next of kin so they can honor, reflect, and appreciate the ultimate triumph and sacrifices that they represent.

How To Prove Eligibility

Ideally you'll have access to you or your relatives' Report of Separation, more commonly know as discharge papers. Lacking any paperwork however, here are a few sites that will aid in your research:

Once you've located the paperwork you'll need the rest involves getting an idea of what the awards are going to look like, learning the procedure, filling out the required form, and learning what other awards your relative may be eligible for. This is detailed in the following links:

Recommended Reads While You're Waiting

Unfortunately it will likely require several months of waiting before the medals arrive which will give you plenty of time to peruse the following:

San José Public Library has resources available so you too can do your own investigations, share the results with family and friends, and maybe solve a family mystery or two.