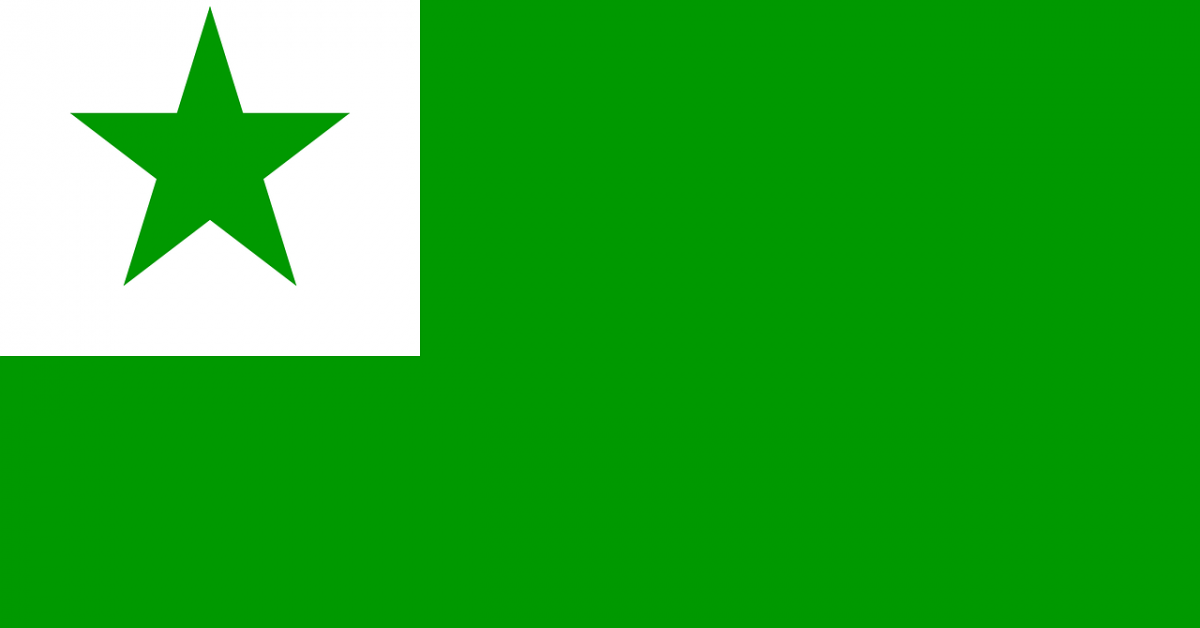 This means: “Welcome to this blog post about Esperanto Day!"

Esperanto Day is observed each year on July 26. What is Esperanto? It’s a language invented by a man named L.L. Zamenhof in the late nineteenth century, and it’s the most-spoken artificial language in the world. The word esperanto means “one who hopes.” Zamenhof wanted to build understanding among the people of the world, and hoped that providing a language belonging to everyone would help accomplish this goal. To that end he published the Unua Libro (First Book) in 1887, which was an introduction to the language. Esperanto Day commemorates this book’s publication.

First and foremost, it’s fun. If you’ve ever been frustrated trying to learn a language because of its complicated rules, give Esperanto a try. Zamenhof designed it to be as easy as possible to learn. He did that by having Esperanto follow rules and patterns that were predictable. For example, each letter in the Esperanto alphabet makes a predictable sound. As another example, Zamenhof had all nouns end in “o,” all adjectives in “a,” and all adverbs in “e.” He also made sure all words in Esperanto were based on words from other languages. If you know English, Spanish, French, Italian, German, Russian, or Latin, you already know some Esperanto. A surprising number of Esperanto words are based on English words. The word for “sun” is “suno.” The word for “bird” is “birdo.”

Over the decades, Esperanto has developed its own culture and literature, while still maintaining a stance of internationality so that all feel welcome to learn it. Each summer, the World Esperanto Congress (Universala Kongreso de Esperanto) convenes somewhere in the world for Esperanto enthusiasts to meet one another and practice the language. Thousands of books and other publications have been produced in Esperanto over the years, including both translations and original works. There have even been movies made in Esperanto. One of them, Incubus from 1966, starred William Shatner!

It’s unknown how many people worldwide today know some Esperanto, but in our interconnected, online world there are many opportunities to not only learn the language, but to communicate with others who are studying it. Below are listed some resources for learning Esperanto. 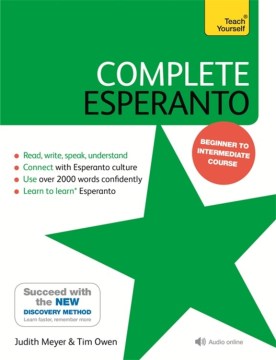 Dankon pro legado! Ĝis la revido! (“Thank you for reading! Until next time!”)