Adapt in Place: Masters of Misunderstanding 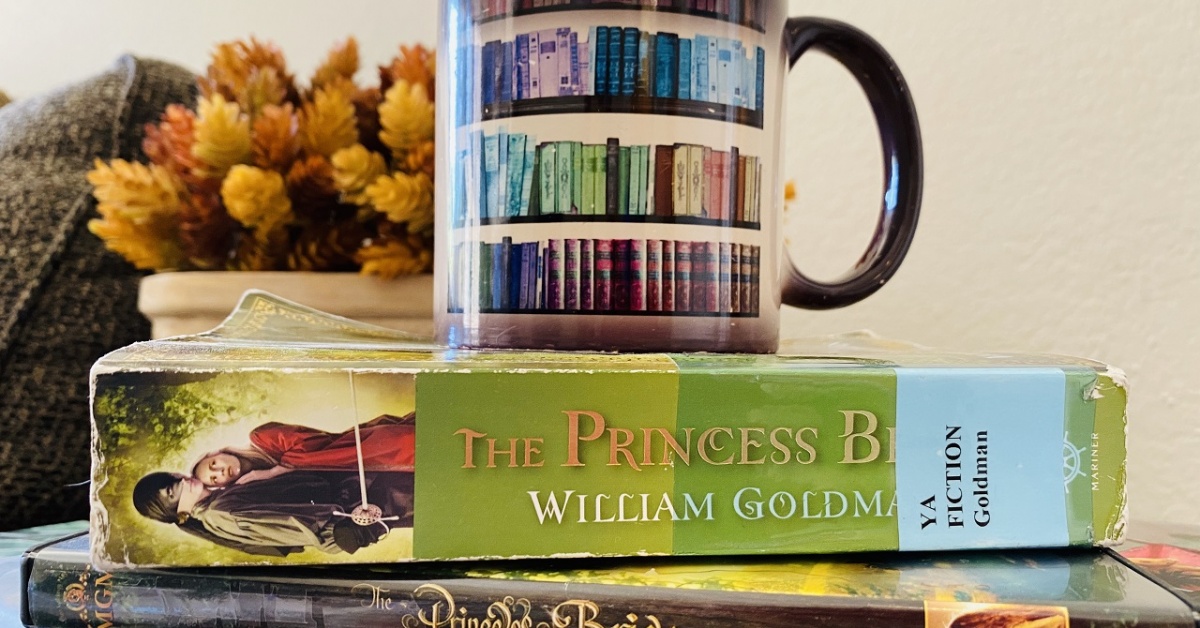 Sheltering in place goes best when there is something to read and something to watch. For Viewers Advisory, it is entertaining to read, but it is essential to watch. Lucky for us, SJPL has a robust collection of online books and movies, and lucky for you I have taken the time to map out some of the best book-to-movie pairings available.

Masters of Misunderstanding: Austen and Wilde 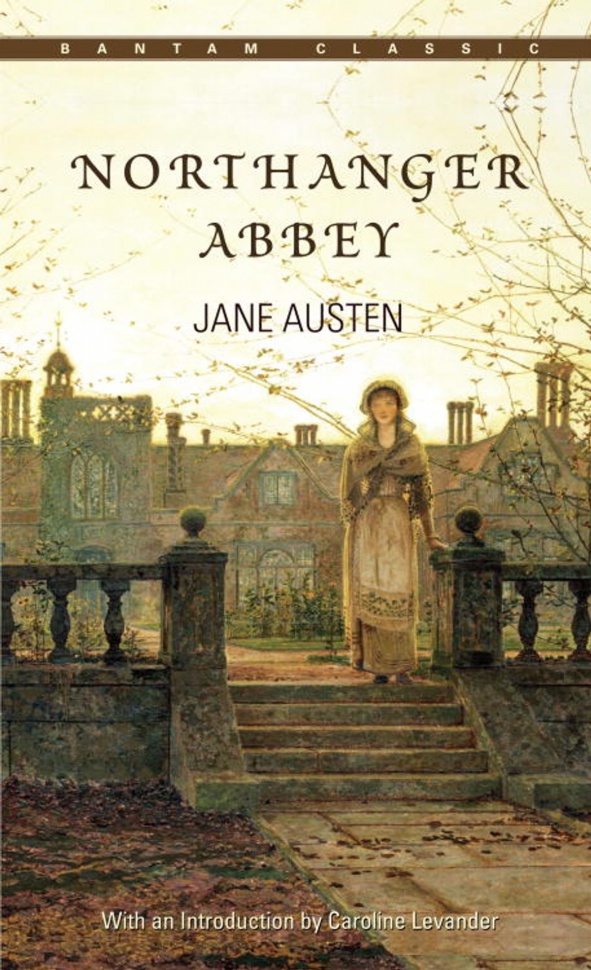 Northanger Abbey was the first novel written by Jane Austen, available in Overdrive.

The Jane Austen cannon consists of six titles, and let’s face it Northanger Abbey is not winning any of us a game of Trivial Pursuit. For those who strongly object to that statement, let’s be friends (and game night teammates). I picked Northanger up shortly before shelter in place was official, and I was well met by this addictive novel about a young woman who imagines herself the type of heroine she reads about in “horrid novels.” Horrids are the 19th-century equivalent to gothic romance novels, and Catherine Morland is obsessed. Once I pieced that together, I was a lifelong devotee to Ms. Morland and her wild imagination. Looking back to pre-shelter-in-place me, I scoff at how sheltered I really was! Here I thought Jane Austen was all romance, etiquette and charming blunders. Instead, the very first character she cared enough to write a book about was a youngster from the country who I ardently believe to be "Team Edward" in her big, fictitious heart. It's so brilliant and edgy of Austen. Like all her novels, epic misunderstandings drive the plot. And, though we trust Jane to our core, we can’t help biting our nails and cursing supporting characters out loud. Mr. Tilney is now one of my favorite Austen male leads, which has also been reinforced through J.J. Field’s performance in the 2007 adaptation. Without further ado, how's this thing adapted to the screen? 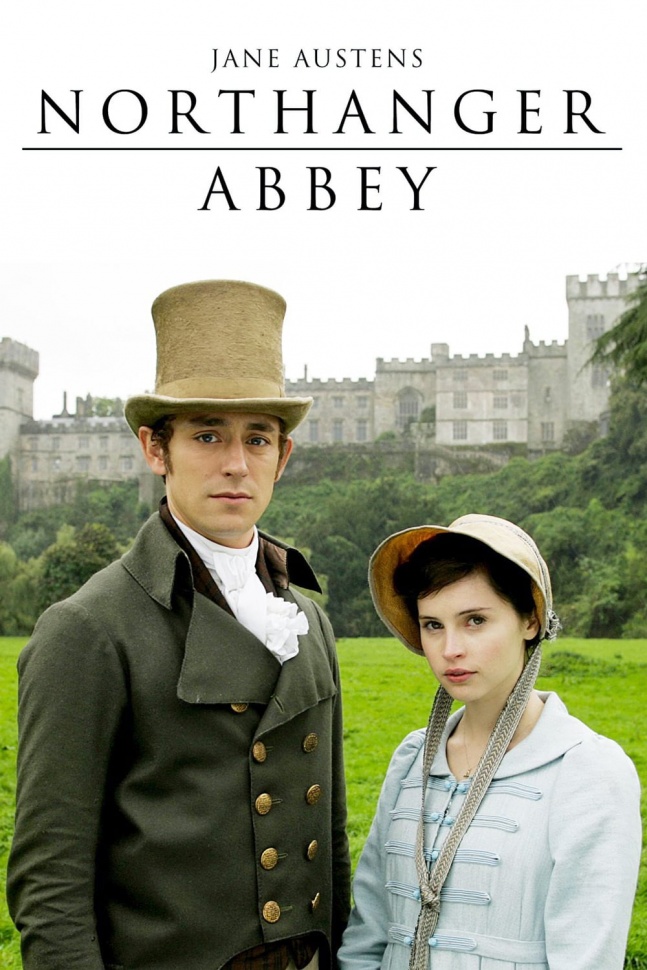 Pretty, pretty, pretty good. Andrew Davies, Welsh screenwriter, was commissioned to adapt this novel after wowing the world with his adaptation of Pride and Prejudice (if you have not yet, please listen to this original score, also on Hoopla!). I think the really great film adaptations honor the best parts of their parent book by retaining flawless text or key story lines. What thrilled me as I watched Northanger Abbey was that Davies opened and close the adaptation with Austen's own words. Her first line and last lines are so flawless in this work, I desperately hope they are considered by all screenwriters as untouchable sentences. In terms of characters, I hope this is not a spoiler, but I have never cursed an Austen character as much as I cursed Isabella. She was intolerable from the beginning. So, the foreshadowing is there, ya'll. Carry Mulligan does a brilliant job injecting some depth to a character that I consider the most shallow of creatures in Austen cannon. Thanks to Mulligan, I didn’t yell at the screen as much as I yelled at the book, which is appreciated by everyone in my household. Lastly, the cinematography was very cool and modern(ish). In Davies version, Catherine's daydreams are more, shall I say, erotic? Also, the quality changes to a black-and-white, silent film style when her imagination gets the best of her. It is creative and thoroughly entertaining. 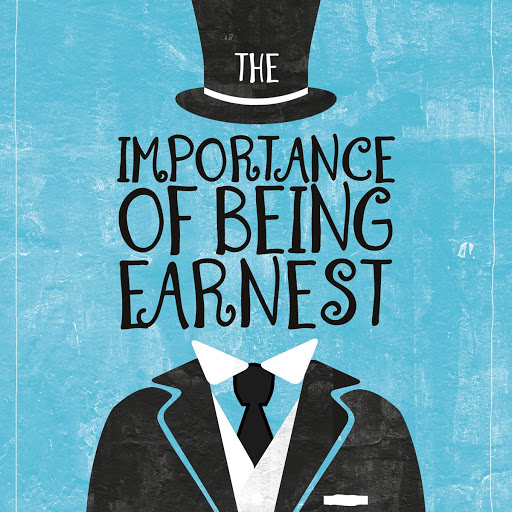 The Importance of Being Earnest, Oscar Wilde's most popular play is available in Enki

Oscar Wilde's The Importance of Being Earnest

Playwright Oscar Wilde once said, "Love is a misunderstanding between two fools." He knew a thing or two about a well placed misunderstanding, and used it as a major plot device in The Importance of Being Earnest. While Austen typically uses misunderstandings to bring her leads together in a breathtakingly romantic way, Wilde's misunderstandings have a more humorous effect. His humor has an absurd quality, which I adore. For instance, anyone who says the following and means it is a hoot: “To lose one parent may be regarded as a misfortune...to lose both seems like carelessness.” And oh, the word-play in this play! It is such a well-crafted take down of the Victorian code of conduct. In fact, the play's title is Wilde's shot across the bow. The obsession of the two female leads with men they believe to be named Ernest, is Wilde's act of war. Of course, this play is on high school reading lists and a favorite among drama clubs, so this all might be old news. In which case, may I divert your worthy attention to the 2002 film adaptation! 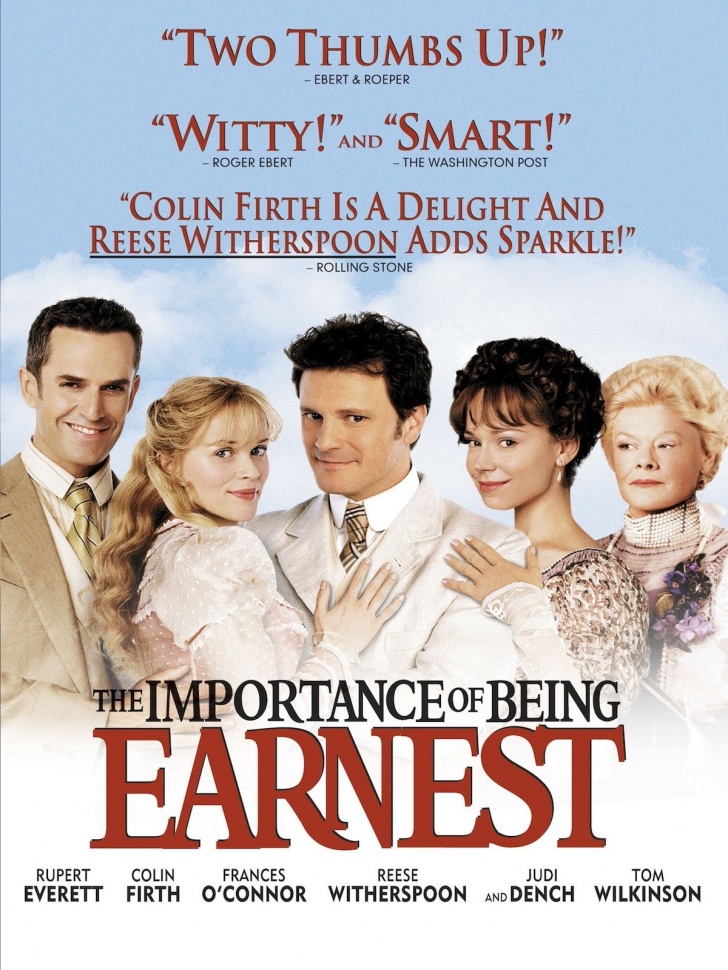 I shamefully admit to having not read The Importance of Being Earnest in high school, even though it was on my school reading list. I do fondly recall attending a high school production in my youth and can still visualize the colorful wardrobe choices of the high school drama teacher and turning beat red when two actors kissed in real time right in front of my eyes. Alas, I watched this film adaptation in 2002 when it was released, and as a result read the book in my early 20s. Since then, the book has lived on my fireplace hearth, along with some of my other favorites. The film adaptation lives in Hoopla, and can be checked out from the comforts of your shelter. But, I think the film is great. The cast is great. Colin Firth and Rupert Everett seem to naturally understand Wilde’s rhythm. And, Reese Witherspoon and Francis O’Connor both nail the paradox of coquettish virtuosity. However, Judi Dench is the real pro -- for obvious reasons. I urge you to watch this one.